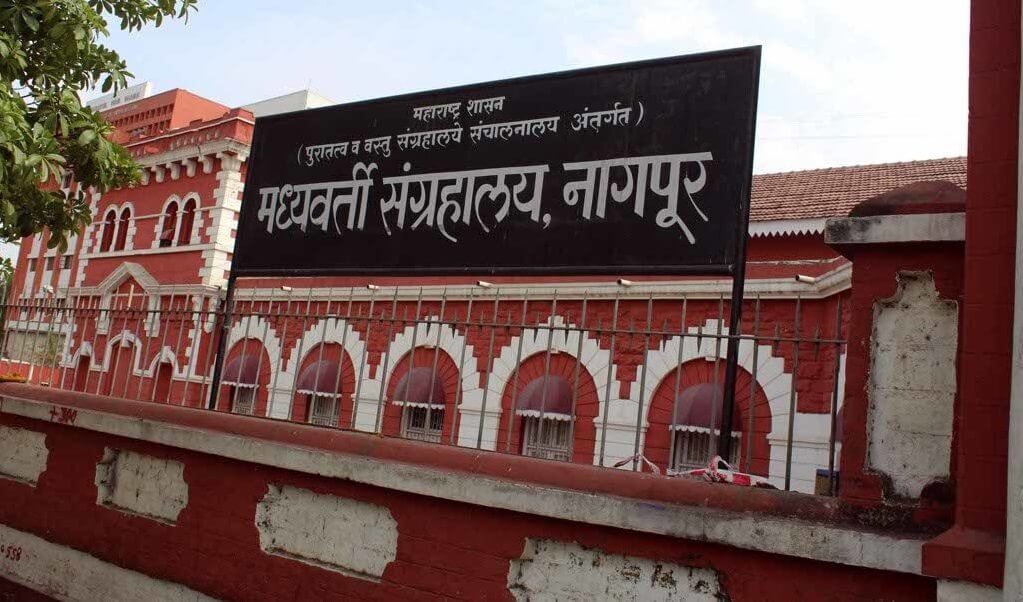 Did you know of this 150-year-old museum in Nagpur that is perfect for history geeks as it houses things as far back as 1 B.C. and more?

To be honest, Nagpur is rarely on the list of must-visit tourist destinations of people due to the local image it has. However, people don’t realise exactly what they are missing out on.

Not only is Nagpur considered as a Smart City of Maharashtra, along with being the Orange City famous for its oranges, but also according to a survey been named as the best city in India.

It is high time that people start to give Nagpur a second take especially as a good budget place to visit for a quick weekend getaway.

The 2nd capital of Maharashtra is also extremely well-connected with daily trains and flight schedules, you can even go by road if you are travelling from a nearby city.

I mean Mumbai to Nagpur flights are barely 1.5 hours in total, so you will not be spending a lot of time travelling back and forth.

This 150-year-old Central Museum of Nagpur is a great attraction for history geeks and is not something you’d want to miss out on. Let us take a look at some of the facts about this museum that make it such an interesting place to visit:

The museum is locally known either as Ajayabghar or Ajaba Bangala because of an old tale when a public meeting in Nagpur was held where all native chiefs, district officers and important people were asked to donate things that were extraordinary in nature.

Apparently, an old chief who came from a wild part of the region, put up his hand, suddenly shouting, “Yes, Lord, this is rare” and brought a goat that had 5 legs.

Since then, the museum is known for housing rare and incredible things that are not easy to find elsewhere.

There is a garden area in the museum that has a line of extremely impressive and very old sculptures of various religions that have been dug up by archaeologists in Central India.

The oldest one among the statues would be that of ‘Indra’ that dates as far back as the 10th century AD and was unearthed from the Chandrapur area in Maharashtra.

There is also the 12th century AD statue of an ‘Avlokitesvara’ that is a bodhisattva embodying the compassion of all Buddhas. The Arms and Weaponry gallery is extremely fascinating to see since besides the typical British weapons and armour, the museum houses such items from the Rajput era, Marathas and even the Mughal period.

You get to see from a rare collection of swords, knives, guns, pistols, lance, revolvers, helmets, shields, etc. that were used during that time.

It certainly gives you a good insight into all the fight scenes we see in historic period drama films and how accurate were they with their wartime costumes. The museum is divided in 11 galleries that each has a different theme to it, which makes navigation of the giant 88,000 square feet place a bit more manageable.

If you are in a group, each person can visit the sections that they are more interested about without having everything all clubbed together.

Perhaps the most popular and frequented gallery in the Nagpur Central Museum would be the Natural History gallery that includes fossils, pre-historic and proto-historic tools, minerals and more.

The most interesting would be the fossils that also include the lesser known ‘Ammonites’ that became extinct about 65 million years ago with the dinosaurs. Ammonites belong to the Cephalopoda class and are marine invertebrate animals.

And the pièce de résistance, would be the dinosaur fossils, one of which is almost 67.5 million years old. The fossil in question would be that of Jainosaurus, a titanosaurian dinosaur’s right hind foot which was found in the Jabalpur district of Madhya Pradesh back in 1932-33. Indian museums are often neglected by the common public and even history geeks who don’t really think much of them. But the Nagpur Central Museum can be a good way to bust that myth and also work as a good place for a short weekend getaway.

In Pics: The Lesser Known Road Trip From Sivasagar To Guwahati (Assam) Is A Must Do For Travel Geeks

Nishant S Mehta: A Decorated CA and Philanthropist Out to Do His Bit for...

Reviews Brand Voice - September 22, 2021
September 22: Even in the midst of a hectic and competitive profession, hearing the story of a person who dispenses his time, resources and...