Home Lifestyle The Tragic Tale Of Last Awadh Royal Family Who Were Even Alleged... 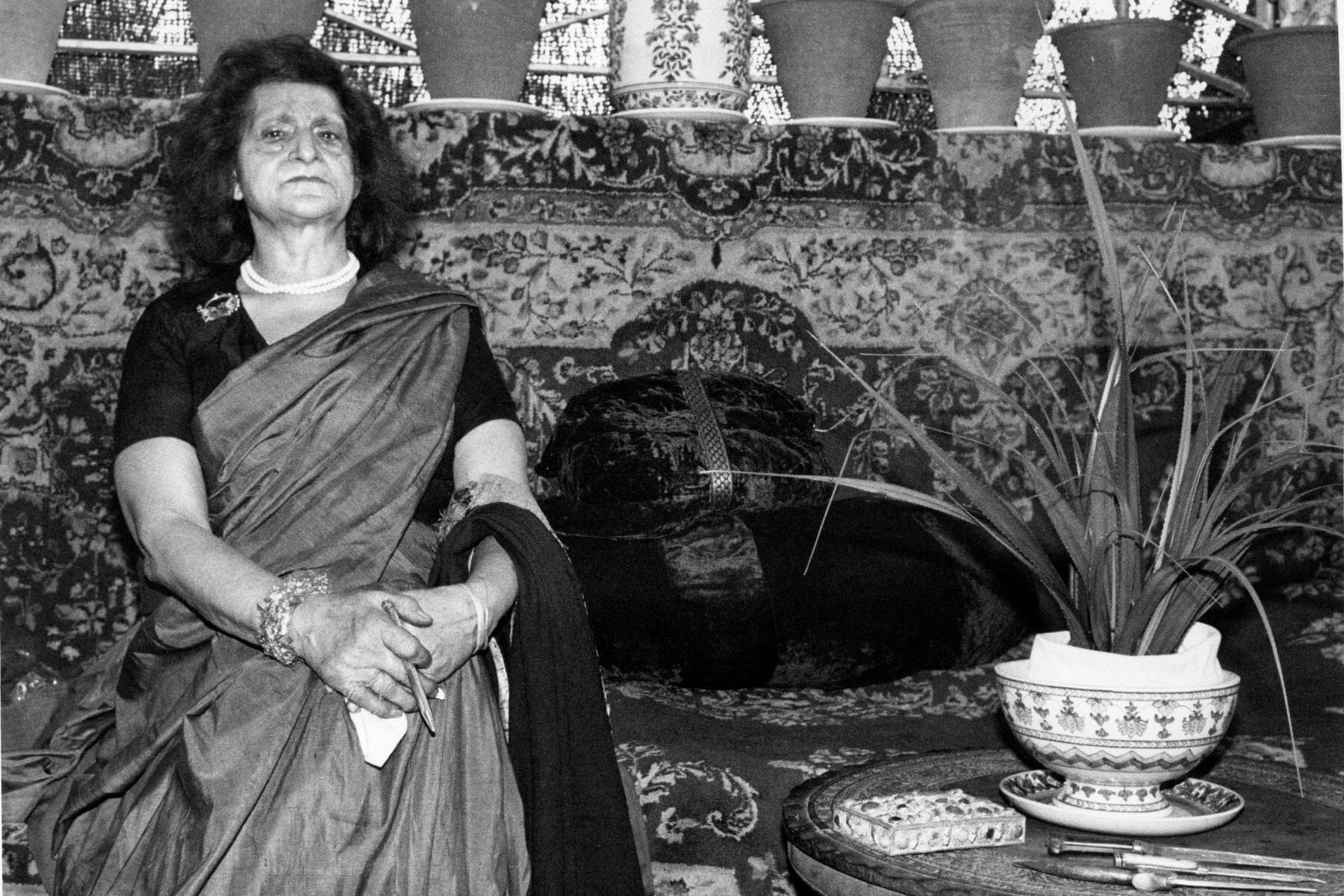 It all started in the 1970s when a woman who claimed to be Wilayat, Begum of Oudh showed up on the New Delhi Railway Station. 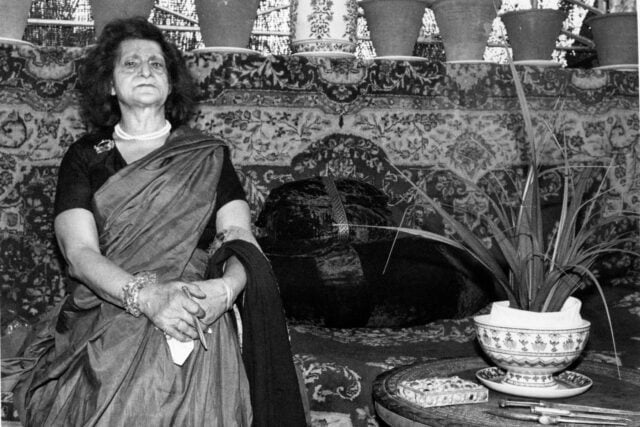 In 1856, a kingdom in the present-day Uttar Pradesh, Oudh, was annexed by the East India Company. The then-ruler, Nawab Wajid Ali Shah was banished to Calcutta, where he died thirty years later.

She professed to be a direct descendant of Wajid Ali Shah, the former ruler of Oudh and wished for the glory that her lineage had been denied. She ached for recognition for her family’s sacrifice and appropriate treatment as per her royal status.

Begum wished the ancestral property that had been seized by the British to be returned to her. When that didn’t happen, as a form of protest, she started camping in the VIP lounge of the station. 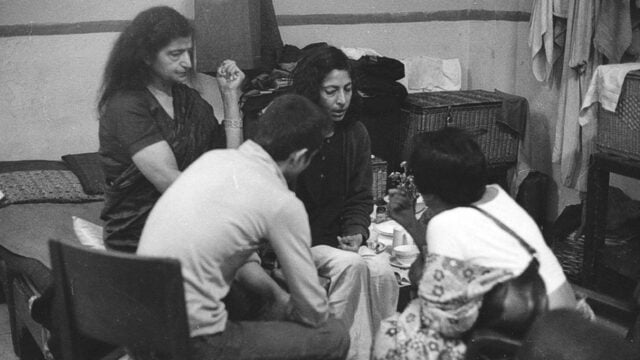 She attracted the attention of media, government officials, and the common population. She had an interesting story — a Queen who was squatting in a station with nowhere to go and everybody indulged in it.

It was said that Begum and her family were allocated in Srinagar after the partition but in 1971, the palace was burnt down, therefore ensuing her arrival in New Delhi. 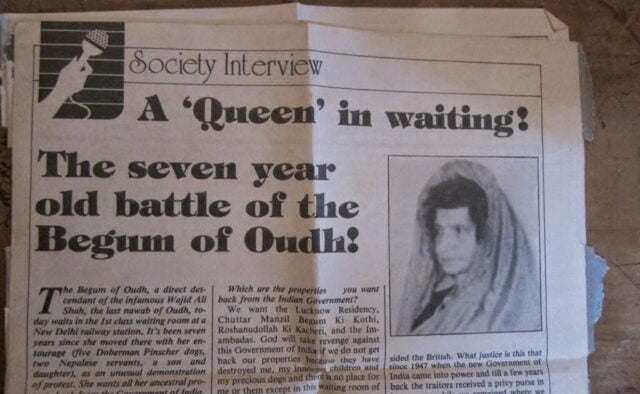 Finally, in 1984, Prime Minister Indira Gandhi acknowledged and accepted their claim. The royal family was allocated a 14th-century ramshackle hunting lodge after a decade of squatting in a train station.

In 1985, the last royal family of Oudh moved into their broken-down palace with their servants and dogs. The palace was known as Malcha Mahal, a hunting lodge constructed by Feroz Shah Tughlaq in the late 14th century deep inside a forest.

The ‘Mahal’ had no facilities. It had run down walls and with no electricity, doors, or running water.  Even the food used to come from restaurants initially, through servants. 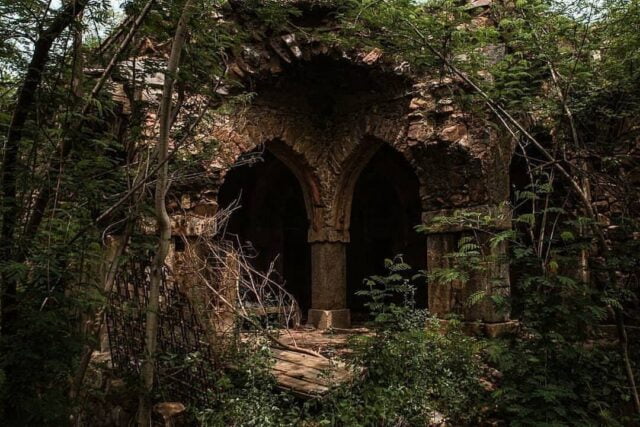 The royal family was very reclusive. They didn’t allow anybody to see them and didn’t make any public appearances. They only occasionally allowed foreign reporters, to lay down their complaints.

On the gate, they put up a sign that said: “Entry Restricted. Cautions of Hound Dogs. Proclamation. Intruders shall be Gundown.”

They were never seen in public, especially Wilayat.

After a while, all the servants also left and only one dog remained. It is said that the dogs were poisoned by thieves. 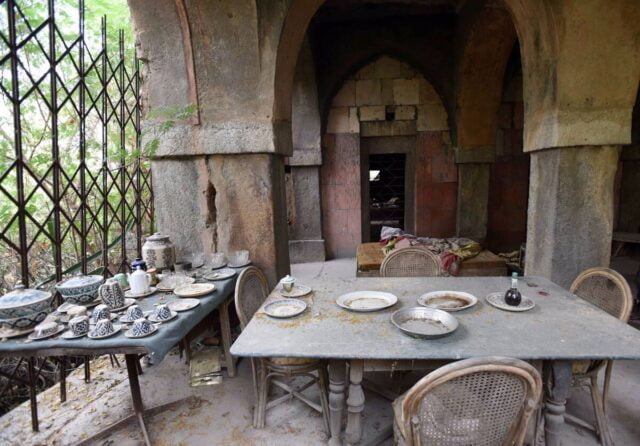 Read More: Lucknow Is UP’s Capital But Is Starkly Different From Its ‘UP-Bihar Wala’ Image

Crestfallen with the treatment and living conditions they experienced because of the British and Indian government, Wilayat begum took her own life by drinking poison with crushed diamonds, as the last form of protest, in 1997.

Only Sakina and Ali Raza remained, they continued their disapproval with the government, as per their statements given to the foreign reporters. They were both devoted to their mother’s cause. 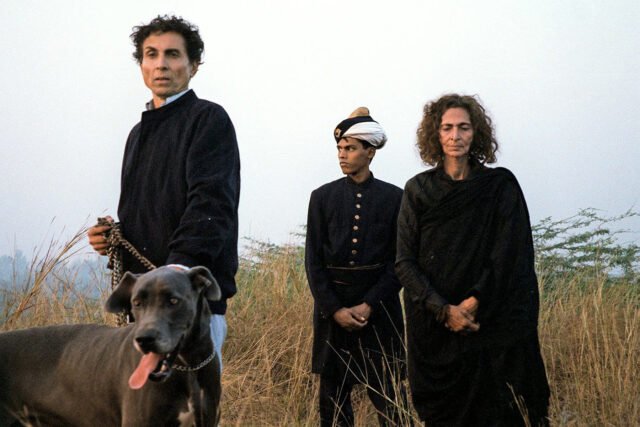 A year later, Ellen Barry, a reporter, who was in contact with the prince, found Sakina’s diary in which it was written: “ABOUT PRINCE CYRUS RIZA MY BROTHER WHAT STEP SHALL HE FOLLOW? MY SILENT SINCEREST SILENCE HAS A WISH THAT PRINCE SHOULD BE BLESSED WITH HAPPINESS.” She wanted to follow her mother’s steps but she held back for her brother. 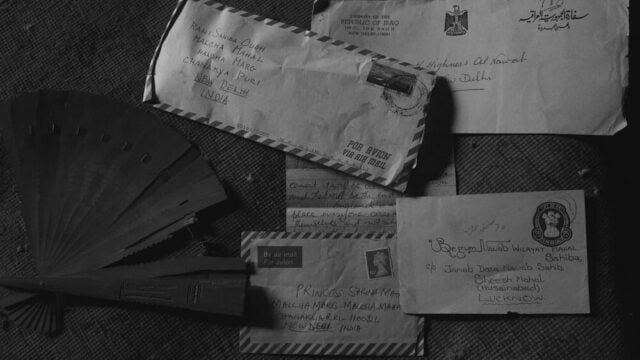 After her demise, the prince was left all alone within the fragmented walls they called a mahal.

It wasn’t long before the deficient and abominable conditions took over Prince Raza’s life as well. Dengue fever and his unwillingness to treat himself cost him his life. He died alone, with no one but miles and miles of forest around him.

According to a report, a senior police officer said, “We sought help from the Delhi Waqf Board and he was buried near Delhi Gate on 5 September. A post-mortem was carried out and it said that he died due to natural causes. No foul play was found. A detailed autopsy report is awaited.”

The life of the last royal family of Oudh was full of despair. Their story caused a stir from time to time, as the tragedies took place.

But, the greatest controversy, or a revelation as most say, happened when the Pulitzer prize-winning journalist Ellen Barry published her article “The Jungle Prince of Delhi”.

In her article, Barry revealed that the royal family of Oudh is in fact not royal at all.

According to her investigations in Delhi, Lucknow, Bradford, Texas, and Lahore, the Begum Wilayat was, in actuality, a Pakistani refugee who fled to India, first to Kashmir, then New Delhi. Barry found the real origin and identity of the family.

Before the partition, Wilayat used to live in Lucknow with her husband. After the division of India and Pakistan, she and her family had to shift to Pakistan but she never wanted to leave India.

She had great political connections therefore after her husband’s demise she could flee back to where she always wanted to live. She also had two older sons, one of them was Shahid, who unveiled the rest of her backstory.

Barry reached out to other members of Wilayat’s extended family, and everyone rubbished her claims. 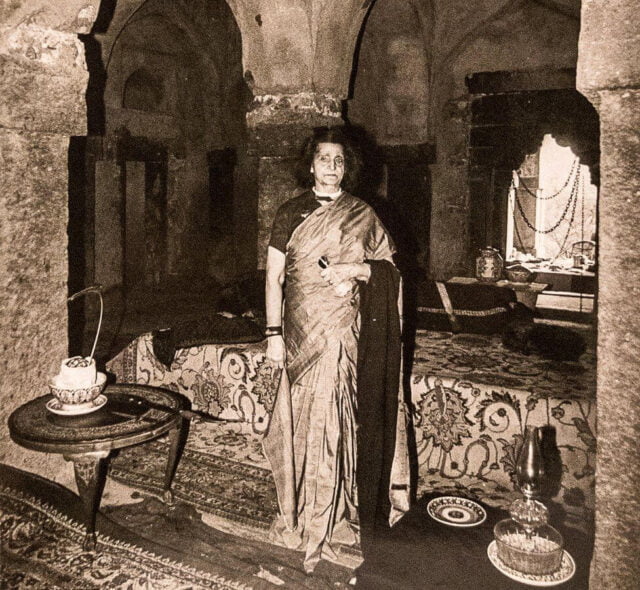 Her reasons for fooling the authorities might just have been her mental sufferings.

Even before Ellen’s publication, Prince Anjum Quder, the patriarch of the house of Oudh wrote letters to Vidhan Sabha stating that Wilayat was an imposter.

The controversy had only been discussed in whispers and gossips in Lucknow until the work of Barry.

Royals or not, Wilayat’s family had sure lived through darkness and despair. It was just one among a million other stories from the partition.

Their tragic life, apparently, still haunts the Malcha Mahal as it has been declared a haunted place in Delhi by the citizens.

Watch: 6 Protests That Made The Government Bend