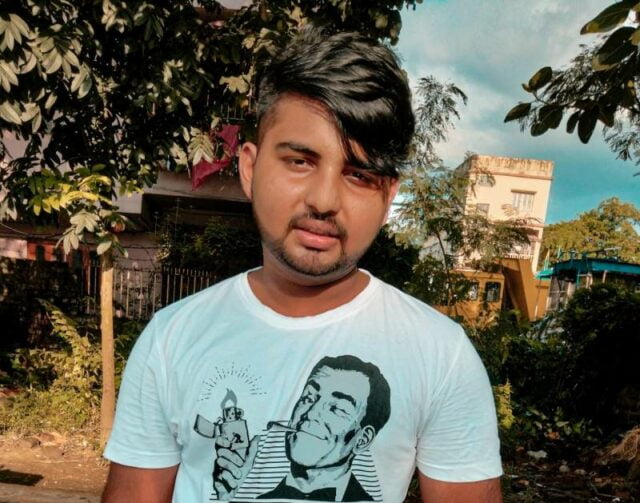 According to Anirban Mitra, Indian Musical Artist, He started his Music Industry journey and Digital Marketing journey at the age of 11, when he was eager about the internet, computer and art, he learned every software of Graphic Designing, learned drawing watching his mother and became a graphic designer expert and a dedicated passionate artist at a very young age. At the age of 15, Anirban Mitra successfully received two World Record Holder title.

Anirban Mitra is also known as an Indian famous Music artist and Digital marketer. He is a Composer, Actor, Producer, and social media influencer, Video editor and Shortfilm maker. Anirban  released many EDM music and beats in worldwide.

Anirban Mitra, a budding Music artist, was born on May 31 2004 in Kolkata, India to Baidyanath Mitra and Sumitra Mitra. His father  is a Businessman and his Mother is a House wife. Though coming from a middle-class family, Anirban’s parents put their heart, soul, and hard-earned money to provide the best facilities to him, be it education or other luxuries.

Anirban was a boy of incredible talent since his school days. Being a bright student in academics, he was always the favourite of every teacher. Anirban Mitra is a Computer Science student. He is studying in Himali Boarding School. He is tremendous computer student in his school.

In the beginning, he did not get apt popularity. But day by day through his excellent video making capability he has reached in the Middle-level of success. He loves to sketch and try all types of arts, so he received a lots of awards, and even he is a World record holder, He gained immense name around. He is truly an Inspiration to Today’s Youth.

However, it was not very easy for the young man to come in flying colours for being a Musician, and video-editor. He has left no stone unturned to keep the ball rolling while emerging as a versatile man in the market. He came up with his YouTube channel in 2020 known as Anirban Drawings,  giving away knowledge and information on various issues. At the same time, Anirban kept his music on and made sure to do well in this domain as well.  While delivering different types of songs and videos on various other issues, he kept his journey smooth with his exceptional talent.