Earlier on Monday, the Tamil Nadu government decided to allow 100% occupancy in cinema halls amidst the pandemic. The move came after prominent actors reportedly asked the government to increase the allowed seating capacity following festive releases for Pongal.

Reportedly, Kollywood actors like Vijay (popularly known as Thalapathy Vijay) and Silambarasan (Simbu) requested the state to allow 100% occupancy. Tamil Nadu has garnered headlines over its love for cinema previously as well.

While Twitterati rejoices over this monumental move, people seem to be forgetting that we are still in the midst of a pandemic and taking all the precautions in the world would not do any good if social distancing is not followed!

Tamil Nadu Has Always Been Extremely Passionate About Its Films

While Kollywood has received comparatively lesser repute than Bollywood, the state has always been extremely passionate about the industry. There was a time before the pandemic where a Rajnikanth-starrer would be a ‘full house’ show even at 5 AM in the morning!

Students and even teachers had their day by bunking schools and avid fans did not mind travelling hundreds of kilometres to watch the film with their fan associations.

Movies and movie stars have always been and are loved unconditionally by the people in the state. In fact, due to the audience’s love for cinema, the state for a long time had kept the price of cinema tickets under Rs. 100, even slashing tax rates while still making profits! 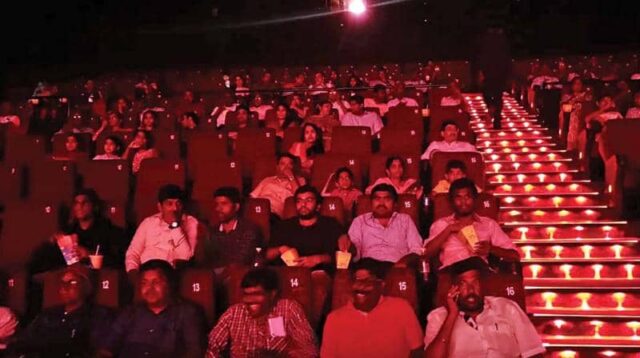 The industry also plays a pivotal role in the state’s politics and several big politicians of the state have garnered their voting base mainly from their films and fans. Rather than gushing over movies, the audience is devoted to the actors. The fan’s emotions here are no less than devotion.

It won’t be wrong to say that politics in the state and Kollywood go hand-in-hand, and so allowing 100% occupancy in theatres is not surprising.

Twitterati Rejoices Over The Decision

Fans across the country are overjoyed by the decision and many have been asking for the same rules to be implemented across the country. Actors are extending their support via Twitter, applauding the government for its decision.

Some users also compared the state’s inefficiency in handling public transport in lieu of Covid 19 guidelines, with the allowance of 100% occupancy.

Now that’s what you call a “Master-stroke”! Tamil Nadu declares that theatres would be allowed to play at 100% occupancy. This is well in time for #Vijay’s #Master to create full-on dhamaal in theatres this #Pongal2021 on 13th Jan. Bring it on, guys! Audiences are waiting! pic.twitter.com/jUC87awzA3

Know that @actorvijay is the King of Box Office , but today he proved to be king in stock markets as well.
Both PVR and INOX share prices have risen 4 and 6% in a single day, mainly due to 100% occupancy being restored . #MasterFilm

Users Are Also Showing Their Disdain Over The Decision

While the majority rejoices, it seems as if people have actually forgotten that we are in the midst of a pandemic. Journalists and scholars are questioning actors for this irresponsible appeal claiming that they are safe behind the four walls of their houses.

Now that Vijay's request has been conceded to by the Chief Minister, let's ask @actorvijay to sit with fans and watch the movie in a 100% full cinema! Will you, Vijay?

Who cares about human lives when you can make $$$? Tamil Nadu allows 100% occupancy in theatres days after prominent actors including Vijay and Silambarasan requested for it. Vijay even personally met CM for this. How incredibly responsible towards fans. https://t.co/GhM2vFmo1g

Users are also resorting to emotionally blackmailing people by asking whether a 3-hour movie is worth putting their loved ones in danger.

Shocked with 100% opening up of theatres in Tamil Nadu. We waited for last 10 months & its a matter few more months until vaccination. I've suffered #COVID & I know how serious it is. 50% capacity was at least fine. Endangering lives of thousands & lakhs of people is not done.

Despite a #vijay fan, I dont support this move. @CMOTamilNadu shouldnt have given the permission for 100% occupancy in theatres, scary to think about people sitting close for around 3 hrs in a closed environment. Super spreader on the cards? https://t.co/HPR5NOHKNx

Others are doing their part by raising awareness and talking about rules to be followed in such public places.

Perfecto!! Fans of #ThalapathyVijay can keep this as their Twitter head/Facebook cover. Instead of common DP, use this as the slogan in your display pictures. Make movie watching experience safer! Kudos to the creator. Spread the word #Master. Requesting #STR fans to do the same. pic.twitter.com/EItfPS1C5N

While I have personally witnessed the attachment people in Tamil Nadu have with their films, such a move is completely unwarranted especially since the world is still grappling with the pandemic. Tamil Nadu was one of the states with the highest number of COVID-19 cases since the beginning. 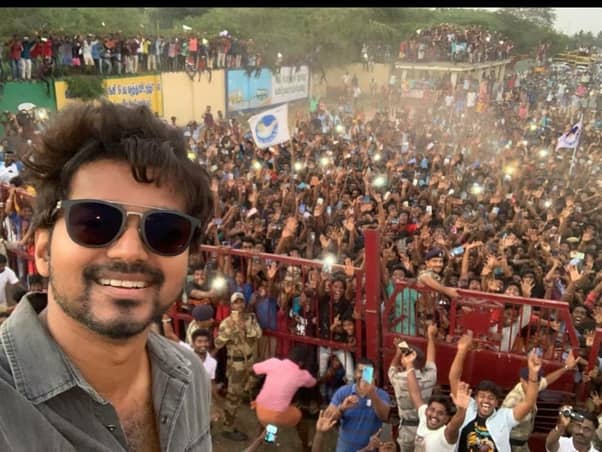 It becomes our duty to be aware and do our part by volunteering to keep social distance rather than making turbulent social decisions.

What are your thoughts on this? Let us know by commenting below.