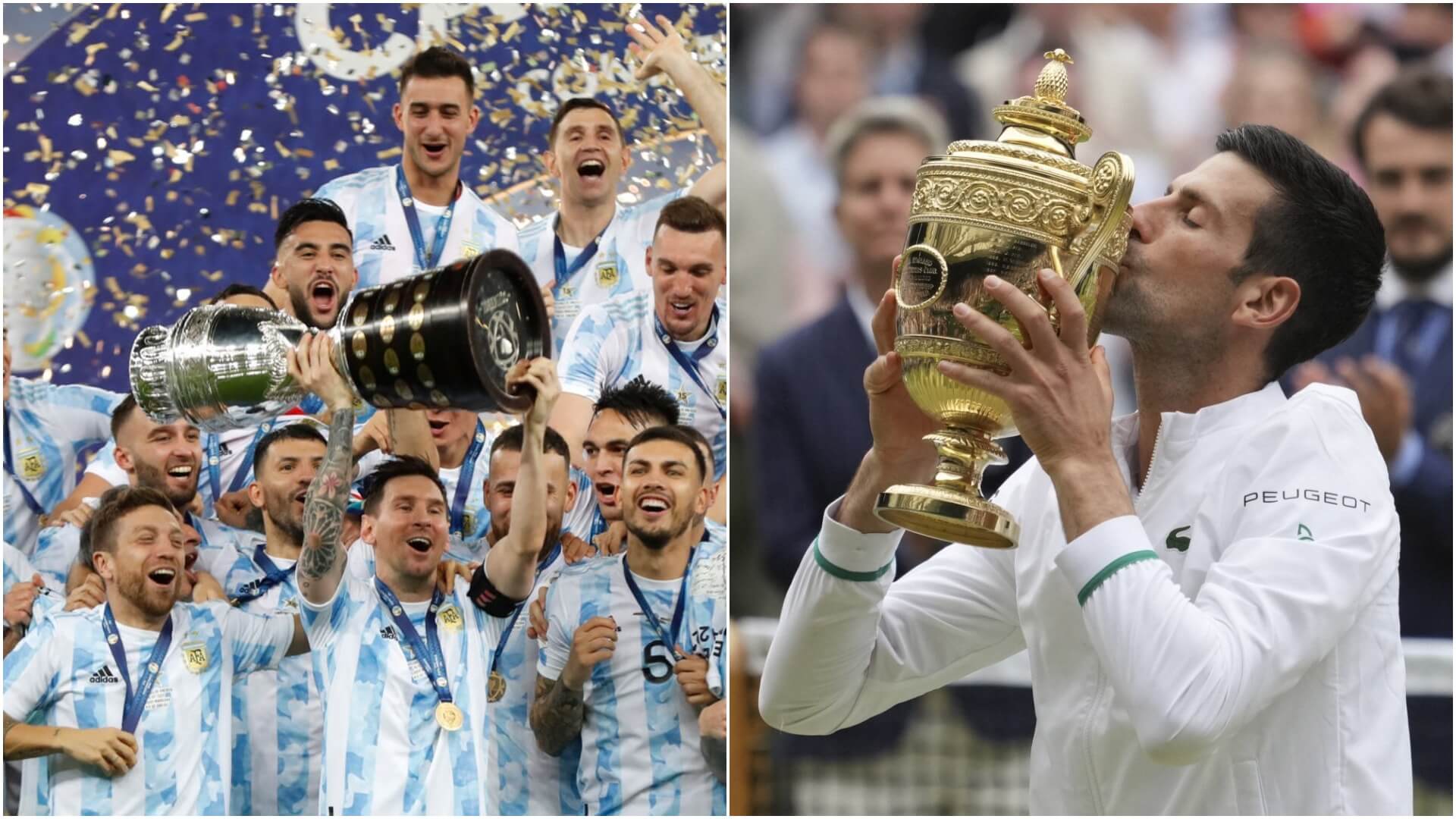 A known name winning a match in any sporting event is always much cause for celebration for the fans. Whether it be the Indian team in cricket, LeBron James making the winning basket for a basketball match and so on, fans always go berserk over the win and go all out in their celebrations.

However, it was truly a rare occasion when fans of not one but two different sports were going crazy over their wins on the very same day. Both tennis and soccer fans had much to celebrate for with Novak Djokovic getting his 6th Wimbledon title and Lionel Messi and Argentina winning over Brazil respectively.

Both the wins are historic in their own rights and sports enthusiasts believe it to be a memorable day in sporting history.

Novak Djokovic won his 6th Wimbledon title in the Wimbledon Championships and has officially entered the ‘Big Three’ list alongside Roger Federer and Rafael Nadal in having the most number of Grand Slams wins in the Open era.

The 34-year-old played opposite Italy’s Matteo Berrettini on Sunday, 11th June 2021 in four sets. While he did not win the first set, it seems that only made him more focused on winning the 134th edition of the championship. 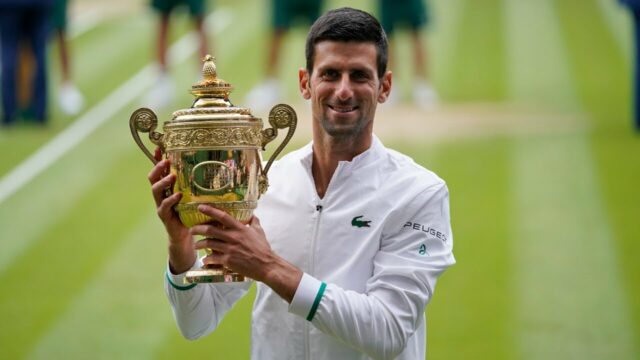 This is Djokovic’s 20th major title and puts him at the same rank as the Grand Slam record’s of Roger Federer and Rafael Nadal. Over the course of his career, Djokovic has won three US Open, nine Australian Open titles, two French Open trophies and six Wimbledon honours.

The Argentina football team finally got the win they had all been waiting almost 28 years.

Argentina led by Messi finally beat the Neymar-led Brazil in the Copa America 2021 finals scoring a 1-0 and finally getting their first title in over 2 decades. This is also Messi’s first international trophy comes almost 16 years after he joined the Argentina team. 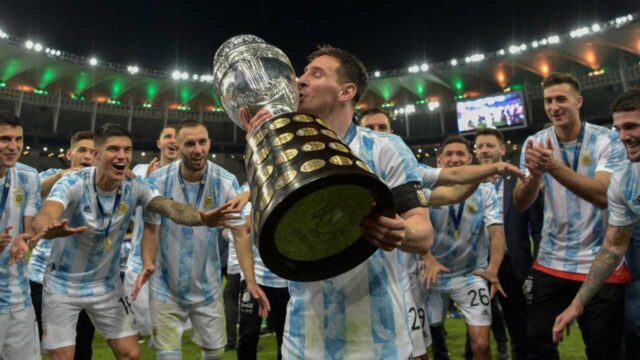 For Argentina, this is especially historical since the last major title they won was in 1993. The winning goal for the match was scored by Angel Di Maria after teammate Rodrigo de Paul passed him a long ball and was made around 22 minutes into the match and was the only goal scored through the entire match.

The day has been reportedly titled as ‘Super Sunday’ not just because of Messi and Djokovic’s wins but also due to the UFC fight, and the Indian women’s cricket team making a wonderful victory in their second T20 against England.

Read More: Meet This J&K Cricketer Who Didn’t Let The Loss Of Both His Arms Hamper His Game

Sports fans lost their minds over these historic wins by both the players and trended both their names for hours. They also considered it one of the greatest days in sports since both are known names in their sporting areas.

What did you think about this Super Sunday? Let us know in the comments below.