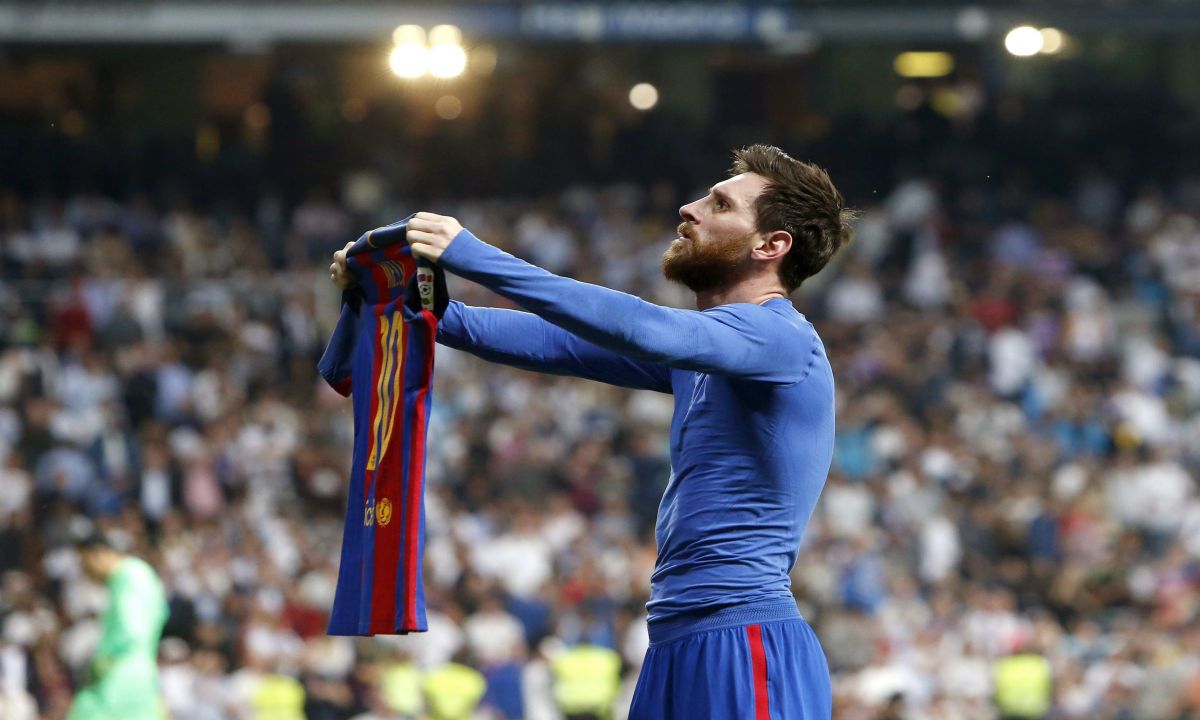 Lionel Messi’s contract with Barcelona ended with rather diminutive oomph. With the Euros and Copa America underway simultaneously, it was only to be expected that Messi’s contractual obligations would perturb themselves with decreased attention.

However, the fact that his stint with Barcelona has come to an end does not really surprise anyone. If you have followed Barcelona’s stint in recent years, the management has only taken player morale down the drains.

But, as it goes with the greats of the game, when they leave they leave behind a void that is seldom filled. In a similar way, Messi leaving Barcelona will make the void a bit more prominent in the Spanish League from the moment his compatriot, Cristiano Ronaldo left.

This, however, may not come to pass if Laporta comes up with the best plot twist in history with a surprise contract for another year. Although I am a Real Madrid supporter, I can’t exactly see Messi playing anywhere else apart from Barcelona.

With the world of football turning upside down by the second, here are a few instances of Messi’s divinity being displayed with the ball.

It is only fitting for the Blaugrana man’s historic commemoration, to begin with his awe-inspiring goal that made every Madrid fan despise the man with a passion. With the likes of Raul Albiol, Sergio Ramos, Diarra and Marcelo in the squad, it would be an understatement to state that Madrid’s fortress was pretty strong.

To put matters into perspective, Real Madrid had only conceded 30 goals in all competitions during the entire course of the season. 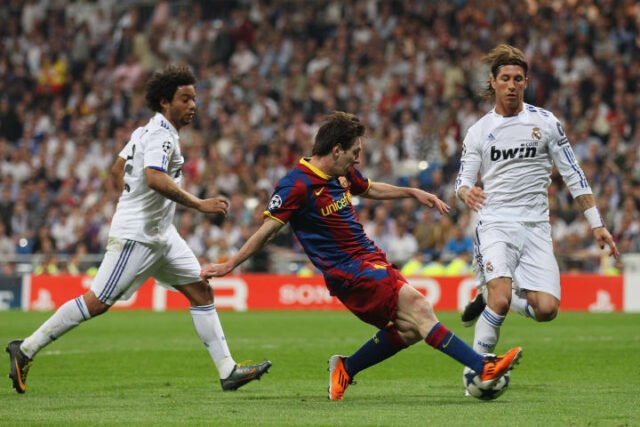 The UCL fixture was one that was as exhilarating as it was violent. In the 61st minute, Real Madrid centre back, Pepe, had found himself being sent off. By the 76th minute, with Los Blancos on the backfoot, Messi found his shot at the back of the net with a clinical finish.

However, this is not about his first goal but his second which is easily one of the best goals to have ever been scored in the UCL. With a one-two with Busquets, he galloped past the entire Madrid defence and toyed with Casillas to score his brace and with what style!

Messi Making Boateng Think Twice About His Career As A Footballer

Jerome Boateng, the wall of Bayern Munich and the bane of many a striker, fell to no one but Messi and quite literally. It is undoubted that when Messi has the ball at his feet he is a force to be reckoned with.

You can do nothing but gape and gawk in awe rather than despair. All you are watching is divine magic unfold right in front of your eyes. 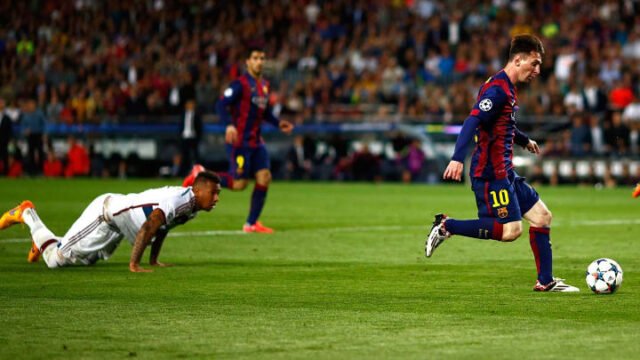 Maybe that is what Boateng thought as Messi whisked past him to slot in his second goal against Bayern Munich that night. Already having scored a goal in the fixture against the German side, his decisive touch of absolute class made Boateng trip and fall onto the turf.

He went onwards into the penalty box and dinked the ball over Neur’s towering frame and found the back of the net with amazing grandeur. G.O.A.T material? Obviously.

Also Read: In Pics: In 1948 Olympics In London, India Almost Beat France To Change The Course Of Indian Football

Scoring An Astounding 91 Goals In A Single Season!

It is honestly still ludicrous to think that a single person scored 91 goals in a single season. To think that he scored it in 69 matches is even crazier to think. No player since Messi’s 2012 season has come close to even touching the 91 goals mark since then.

Passing Gerd Muller’s record of 86 goals in a single year, Messi created a milestone that, in all certainty, won’t be broken any time soon. 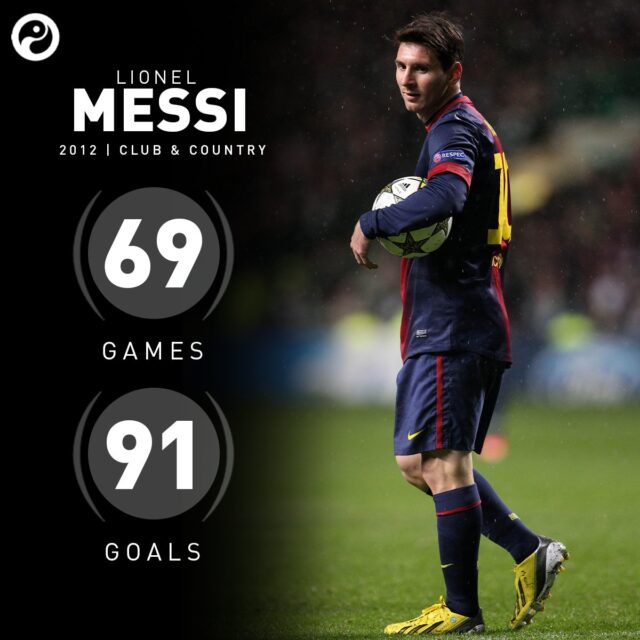 It is unfortunate to even think about the fact that he might not don the jersey anymore. Even as a Real Madrid fan, the one thing that would get me to the ninth cloud is watching Messi break his own record of 91 goals at the age of 32. But, obviously, I would rather have the Spanish league title resting at Santiago Bernabeu.

Messi is no stranger to making the opposition team dance to his tunes or his feet, and unfortunately, Athletic Bilbao had to witness it first hand.

They were left scratching their heads as to what they had just seen, as Messi whisked past them from the centre line and found the back of the net in a matter of a few seconds. Possibly the most glorious seconds recorded in Spanish league history. 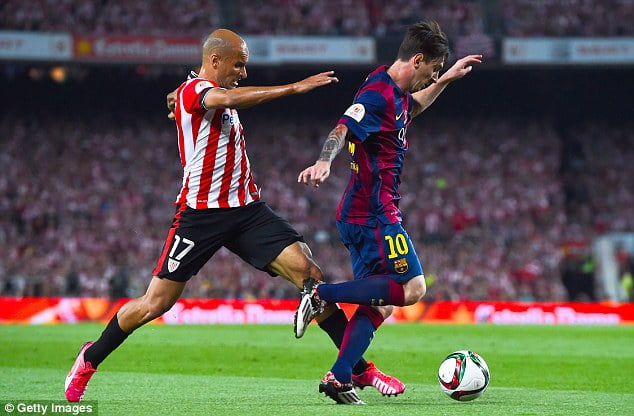 Watching Messi play is like watching Michelangelo paint the Sistine Chapel. All you would want to do is just sit and watch the artist at play, and taking your eyes away would be an insult to the artist themselves.

Honestly, I can’t even describe the goal in words. It can only be described through visuals and even then it will stay a mystery. Such is the man’s greatness.

This article could go on forever and I mean it. The man has mesmerized and amazed us through a decade and a half of football and I cannot help but be thankful to Lionel Messi. It is awfully depressing to even think that he may not don the Blaugrana colours ever but such is life and we have to move on.

Sources: Give Me Sport, UEFA, Blogger’s own views