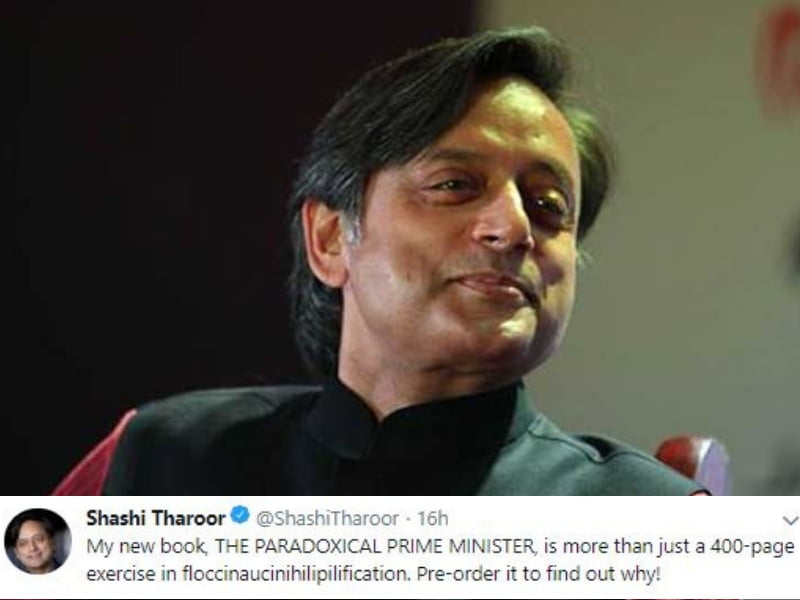 Shashi Tharoor is at it again, sending Twitter into a frenzy. You know what we’re talking about when we mention Mr. Tharoor and Twitter in a sentence.

The Congress MP introduced his new book on Prime Minister Narendra Modi, and guess the word he used to describe it? Floccinaucinihilipilification.

Flocci…what? Yes, I’m just as bamboozled as you are. But fret not, for I’m here to clear all the doubts that you can have about this crazy 29-letter long word. 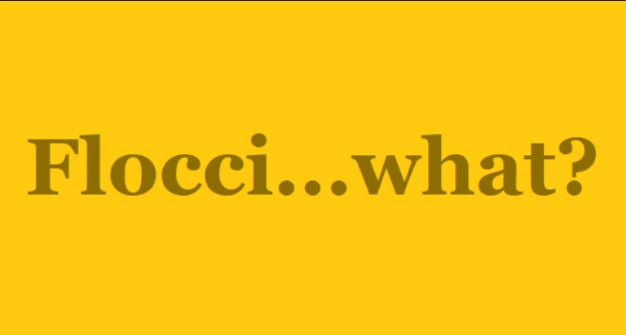 Oh, and before I do, let’s see how exactly did Mr. Tharoor use it to suddenly spike Google searches for this rare word.

My new book, THE PARADOXICAL PRIME MINISTER, is more than just a 400-page exercise in floccinaucinihilipilification. Pre-order it to find out why!https://t.co/yHuCh2GZDM

The Oxford dictionary defines ‘floccinaucinihilipilification’ as a noun which means “the action or habit of estimating something as worthless”.

It’s a mid-18th century word made from four separate Latin words – flocci, nauci, nihili, pili (all of them mean ‘little value’). Add the suffix ‘fication’ to it and you’ve got just another word in Mr. Tharoor’s daily vocabulary.

Okay, now I know you’re feeling just as ‘worthless’ right now as I am. Maybe learning about the pronunciation of the word might help.

Thought it was easy? Still didn’t get it? Alright, try this: flok-si-naw-si-ni-hi-li-pi-li-cay-shun.

Well, nevermind. Even the Oxford dictionary mentioned that the 29-letter word is ‘one of a number of very long words that occur very rarely in genuine use’. So yes, it isn’t our fault really.

This isn’t the first time that someone has used this word though, of course. British MP Jacob Rees Mogg once used this word in the British Parliament. It created quite a confusion even then. However, since its Mr. Tharoor this time around, you know people are going to talk about it.

An alumni of the prestigious St Stephen’s College, Mr. Tharoor has a habit of using flowery language. His command on the language is second to none. In fact, his usage of the English language has even been labelled by the Twitterati as ‘Tharoorian English’.

The ‘Tharoorian English’ gets so hot to handle at times that the actual intention of his words often gets overlooked. Like in this tweet, his intention was to introduce to people his new book, ‘The Paradoxical Prime Minister’.

Last year too, his “exasperating farrago of distortions” tweet went viral and not many paid heed to what he actually intended to convey in his original tweet.

Coming back to his new book, it is about the ‘paradoxical’ personality that Modi is. It comprises of 50 chapters divided into five sections. It will be launched on 26th October 2018. 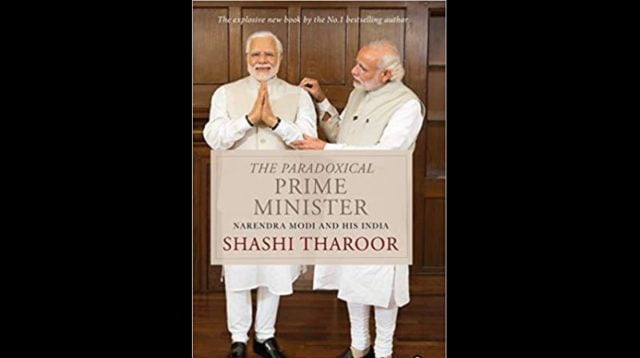 The description of the book on Amazon read,

“A noble, selfless leader or an autocratic, right-wing bigot who is interested only in power and converting plural India into a Hindu Rashtra? Or something in between?”

There’s no such thing as bad publicity, they say. And this isn’t even bad publicity by any means. Even though Tharoor may not have expected to gain attention through the use of this word, I guess he’d take this.

Shashi Tharoor Wants India To Legalise Marijuana: What Do You Think?