Home Lifestyle Shashi Tharoor Wants India To Legalise Marijuana: What Do You Think? 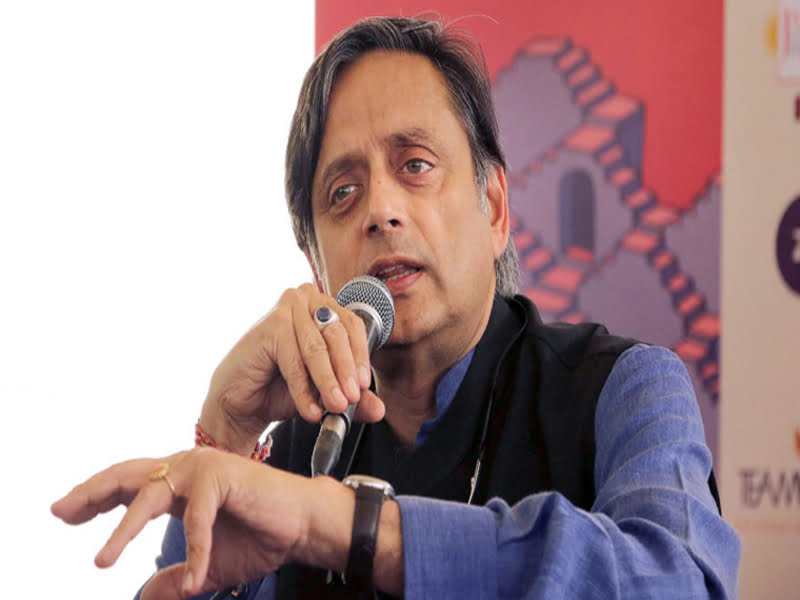 Taking inspiration from the west, Thiruvananthapuram MP Shashi Tharoor has voiced his support for the legalisation of marijuana in India.

This debate around legalisation of marijuana continues to exist across the world.

In a piece written for The Print, Tharoor along with his nephew Avinash, argue that the “land of bhang” should legalise the drug which will put an end to corruption and help India’s economy to grow.

India’s history with marijuana: How was it banned

In 1894, a 477-page report by the Indian Hemp Drugs Commission pointed out that moderate use of the drug produced no ill effect.

The prohibition of marijuana was first entrenched in Indian law in 1985, with the introduction of Narcotic Drugs and Psychotropic Substances Act. However, the drug had been made illegal long before that when our government had signed the UN’s Single Convention on Narcotic Drugs Treaty in 1961.

However, the treaty still allowed the large-scale consumption of ‘bhang’ and gave the country 25 years to clamp down on the drug’s recreational use.

But the name, “the land of bhang” presents a completely different picture, doesn’t it?

Is marijuana a harmful drug?

Tharoor rightly highlights that marijuana by no means is harmless.

“While many people who use it will not experience serious harms, research suggests that it can trigger or exacerbate certain mental health issues for some people. Those who use it as adolescents or younger may be more likely to develop mental health problems later in life. In some cases, it can also make people feel nauseous, lethargic, forgetful, anxious, or confused”

On the other hand, marijuana is being used to treat cancer, glaucoma, reduces anxiety, slows the progress of Alzheimer’s disease and improves one’s metabolism.

While studies have shown that marijuana addiction is rare, they also point out how marijuana is less harmful than smoking tobacco.

Keeping the potential risks in mind, the article detailed buyers are at risk in this case.

Their dealers inform them the item is of highest quality procured from Manali, but they don’t know about THC strength- the psychoactive constituent that makes one high.

By legalizing it, the buyer would know what they are inhaling. In effect, that would standardize the process the same way one chooses between whiskey and beer.

Regulation brings security and a stop to corruption

Apart from ensuring the safety of buyers, legalising marijuana can help in tackling criminal activities, the report read.

Since marijuana was legalised in the US its consumption has decreased while nefarious crimes related to drug abuse have gone down significantly.

Dealers and sellers relied on corruption whenever they are caught, to escape prosecution and that will end once marijuana is legalised.

“Meanwhile, the cannabis trade relies upon the corruption of authority – whether it be the street-side smoker slipping Rs 100 to the local officer to escape prosecution, or the trafficking group which maintains the safe passage of kilos through towns and states by bribe or blackmail. Cannabis regulation will not solve all these problems, but it will reduce their scope.”

Can we expect revenue from the sale of marijuana?

Tharoor points out that legalisation of the sale of certain drugs could allow for high tax revenues, similar to that of alcohol and tobacco and make way for awareness and prevention work which could be easily funded.

“Alongside the money saved on policing and imprisoning people for cannabis offenses, the legal regulation would also provide a boost to our economy,” the article read.

It can lead to a creation of a whole new legal industry. He gave the example of the US state of Colorado, where marijuana has been legal for four years, which recorded over $1.5 billion worth of sales in 2017. Interestingly, Colorado’s population is just 0.4 per cent that of India’s. Even the calculator might have problems in calculating the amount of money which can be earned in India.

In addition, this can create thousands of jobs for people living in Himachal Pradesh and Tamil Nadu, where these plants grow and marijuana is the only source of income for the locals.

Prohibition of marijuana has failed in India

Instead of stopping drug abuse, marijuana prohibition has fuelled violence and criminality and cost the society an exorbitant sum of money.

Now, as we go forward, countries such as Uruguay, Canada and several US states have ended prohibition and are beginning to regulate the drug, so it’s probably time India does something too.

Shashi Tharoor is not the first minister to argue for it with Women and Child Development Minister Maneka Gandhi and Dharamvir Gandhi, a Member of Parliament from Patiala speaking in favour for the same.

While marijuana lovers might agree with Tharoor, legalisation of marijuana still remains a distant dream.

Sources: The Times of India, The News Minute, NewsBytes