Renaming of places has been one of the most prominent practices prevalent in India since independence. There’s a long list of places including famous cities, streets and states that have been renamed by the central government over the years. These include famous public places, towns, cities, states, stadiums and wildlife sanctuaries.

Then the Union cabinet decides whether to approve or reject the Constitutional Amendment Bill, as it requires amending Schedule 1 of the Constitution of India. Both the Houses of Parliament need to pass the bill by simple majority to get it approved.

The Home Ministry also has several guidelines in this regard, which caution against changing the names of streets as it “creates confusion for post offices and the public and deprives people of a sense of history”.

It states that only new streets and existing old streets without specific names may be named after eminent personalities local, national or international to honour them.

How Much Does It Cost?

Renaming a city or state costs an enormous amount of money. The total cost can go from an estimated sum of Rs 200 to Rs. 500 crores or even more, depending on the size and global recognition of the city or state. 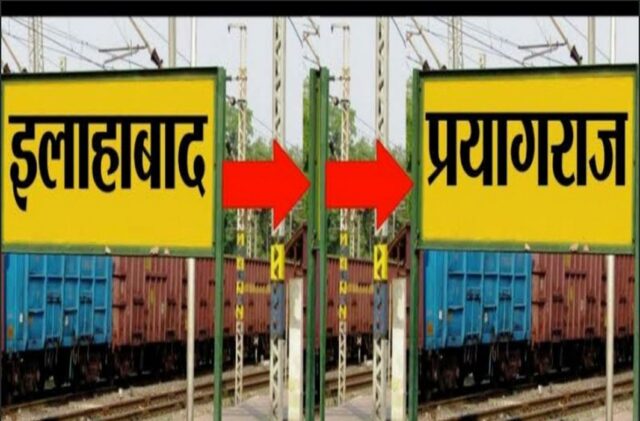 The money is spent on updating the road signage system, highway marks, maps, official stationery of the state and civic authorities to conform to a new name.

The shops, businesses and corporate houses of the city or state also undertake a similar exercise to adhere to the change in name.

Thus, all these factors contribute to incurring the massive expenditure of renaming a place.

Also Read: Andaman Islands Being Renamed In Honor Of Netaji Bose Is Wrong For The Crimes Inflicted On The Natives

Over 100 places have been renamed or respelled in India till date. The period after independence saw the changing of names mainly to nationalize public places and physically erase markers of colonial legacy.

For instance, the names of landmark roads such as Queensway and Kingsway were changed to Janpath and Rajpath respectively.

The cities like Bombay, Calcutta, Madras and Bangalore were renamed Mumbai, Kolkata, Chennai and Bengaluru for the same reasons.

Other reasons for renaming the places include standardisation of spellings, to honour national leaders and martyrs and to cultivate the essence of regional dialect.

Hence, the renaming of places has been a perpetual practice in India. It is believed that changing names is a step towards preserving cultural heritage and national integrity. While many also feel that it is a waste of resources and corresponds to eroding Indian historical culture.

After UP, Is Kerala Going To Be Renamed As Keralam?