If you were of the impression that this new ‘name change fever’ was only limited to Uttar Pradesh, well think again, because joining this wagon of change is the state of Kerala (or should I say Keralam?)

The suggestion to rename Kerala was made during the question hour session in the Legislative Assembly this week. MLA M. Swaraj of the CPI(M) was the one who brought this idea forward.

The reason behind such a suggestion is that the name ‘Kerala’ still reeks of colonial hangover and therefore it is essential that we go back to the original name, ‘Keralam,’ which translates to the ‘land of coconuts.’

This is not the first time that such an argument was brought up in the state. Shedding the remnants of colonial times was the motivation behind the renaming of several districts, namely Cannanore to Kannur, Quilon to Kollam, Trivandrum to Thiruvananthapuram, and Calicut to Kozhikode.

How Will This Affect The State?

The truth is, Kerala becoming Keralam won’t really cause much change since the latter becomes prominent while speaking in Malayalam.

If at all such a change is brought into effect, it might only affect the formal domains of book-keeping and the day-to-day affairs of the Government of Kerala. Considering that the suggestion was in fact made by a ruling party leader, well, these issues may not even be that significant.

Also Read: This Malayalam Actor’s Post About The Walayar Rape Case Is A Fearful Reality Check Of A Failed System

Do We Need This Change?

Sometimes, the functioning of our democracy gives us more to laugh about than to ponder on. What baffled many when this proposal was made was that this wasn’t even a pressing issue in literally anybody’s mind!

With the case of UP, the rechristening of Allahabad to Prayagraj was the hot topic of many debates since there were quite obvious indications of religious and political leanings in that decision.

The same cannot be said for Kerala (or Keralam?) as both the names are interchangeably used by its people. Of course, ‘Kerala’ is the westernized version of the actual term, ‘Keralam,’ but that doesn’t mean that people refrain from using the indigenous name of the state.

Obviously, people are split on this account as well. While some consider this as an excellent move, many are puzzled whether this is THE most important thing to focus on at the moment.

From unemployment to the acquittal of the accused in the Walayar rape case, the state has many unsolved or more specifically, overlooked issues to its credit. Yet, what seems to interest the people’s representatives is the omission of one letter from a name, which by the way, is still widely used.

Some others however feel that this change is necessary considering the decline in the traditional use of Malayalam in today’s culture. As Kerala is the only state where the study of one’s mother-tongue is not compulsory, many feel that this is integral to safeguarding the state’s heritage.

Perhaps this variation in thoughts might be the reason why the representatives of God’s Own Country are also quite hazy about their priorities. 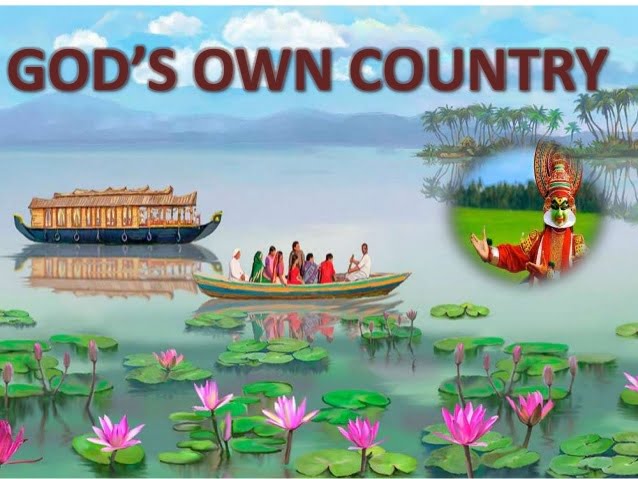 Sources: The Hindu, The Times Of India

Kerala Just Made This A Basic Right: Something That The Rest Of India Should Emulate