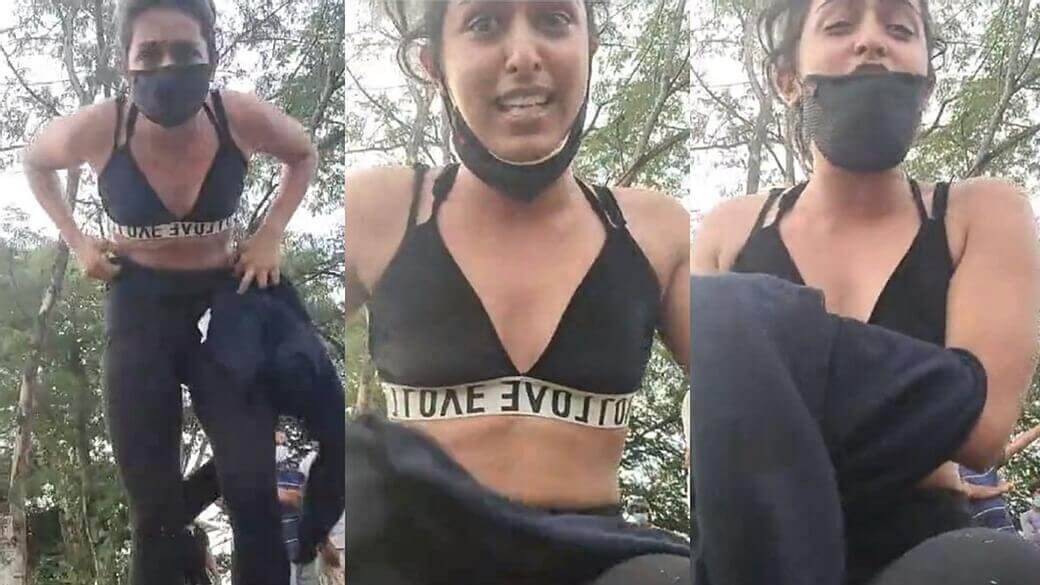 On one side we can see a progressive society, empowering women, but on the other hand, even wearing a sports bra and working out can be such a huge debacle.

Just yesterday, reality TV actor Samyuktha Hegde featured in her live feed on Instagram how an entire crowd in a park in Karnataka, including the police, made a huge fiasco about her working out in her sports bra.

What was the cause of such a huge fiasco?

Samyuktha Hegde and two of her friends were just working out in Agara Lake’s park in Bangalore, Karnataka when a woman by the name of Kavitha Reddy attacked the girls for “wearing indecent clothes” out of nowhere.

According to the video footage, Samyuktha Hegde was working out in a public park along with 2 of her friends when people started shaming them for “stripping in public”.

The local police were doing nothing to protect the girls from facing unjust comments while the crowd was bashing them. The crowd even related their attire to drugs. An unidentified man was even heard shouting that he will report to the media that the girls do drugs.

How the entire public reacted?

One of the locals, named Kavitha Reddy, who attacked the girls also recorded and posted it on her Instagram. Kavitha Reddy claims that “taking off clothes and going live, using live to target the public” is just “tamasha”.

Kavitha Reddy also used words like “nanga naach” for the actress and her friends.

Later, when the girls tried leaving the site of the whole ordeal, they were locked inside. The park’s gate was locked even when the girls constantly begged to leave the public place.

Read More: Rhea Chakraborty Sues Media Persons For Not Letting Her Enter Her House, Had To Take Police’s Help To Get Home

One of the spectators tried helping the girls in a polite manner stating that it is a public place and if they are working out without bothering anyone, their clothes shouldn’t really matter. He tried helping them out when they were locked inside.

When the actress showed the video of Kavitha Reddy attacking her, the police, instead of controlling the incident from turning into a huge fiasco, started blaming the girls and sided with the people abusing them.

The video showed how the police took a backseat as the “moral police” of Indian society took reigns. The girls were constantly asking for help from the policemen.

What do the masses have to say about it?

Just like any incident, this too has two sides. One is the moral police accusing the girls of engaging in indecent activities in the public and the other being the voices of 3 girls being locked up for just working out in sportswear.

Netizens are angry and bashing Kavitha Reddy but we can also see netizens supporting her even though the video showed her hitting the 3 girls for just minding their own business. 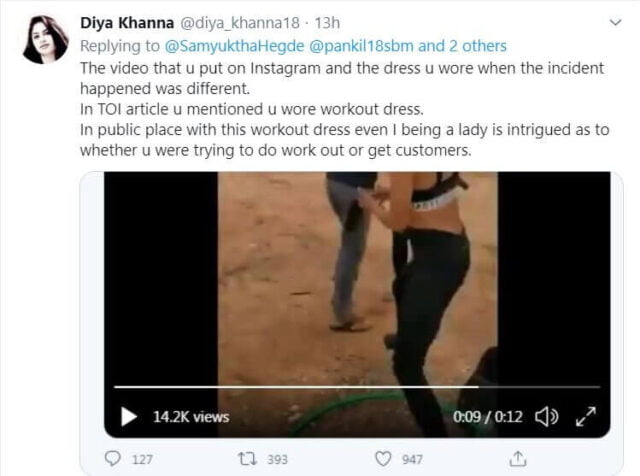 Kushakapila and another famous musician, Vineeth Vincent, expressed their support to Samyuktha Hedge for being able to survive the incident.

Twitter has been flooding with #ThisisWRONG and numerous people have supported Samyuktha and her friends. 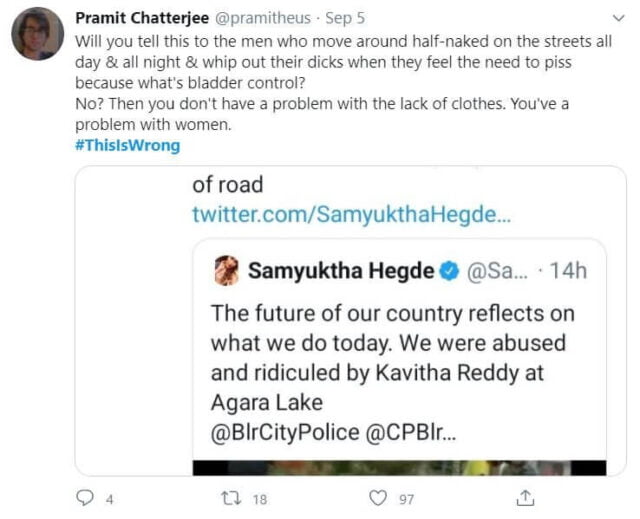 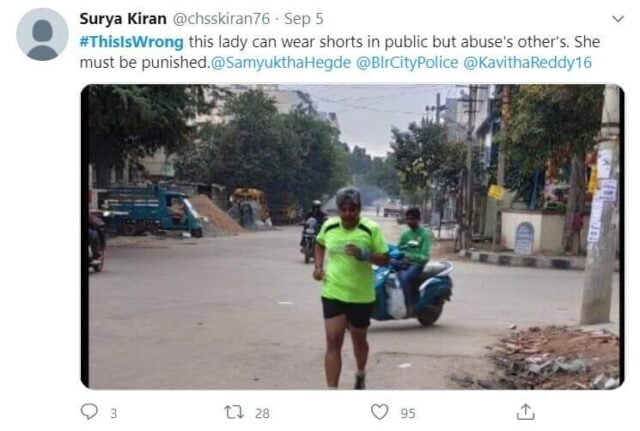 Is wearing a sports bra such a big issue? Does wearing something short make you a druggie? Should we really allow this to happen again and again when we are trying to move towards a more liberal society where individuality is respected?

Update: After facing a lot of backlash on social media and hearing the voices of the people supporting Samyuktha Hegde, Kavitha Reddy issued an apology on her social media account.

Kavitha Reddy posted both an apology letter and a video on 6th September where she accepted her mistake. 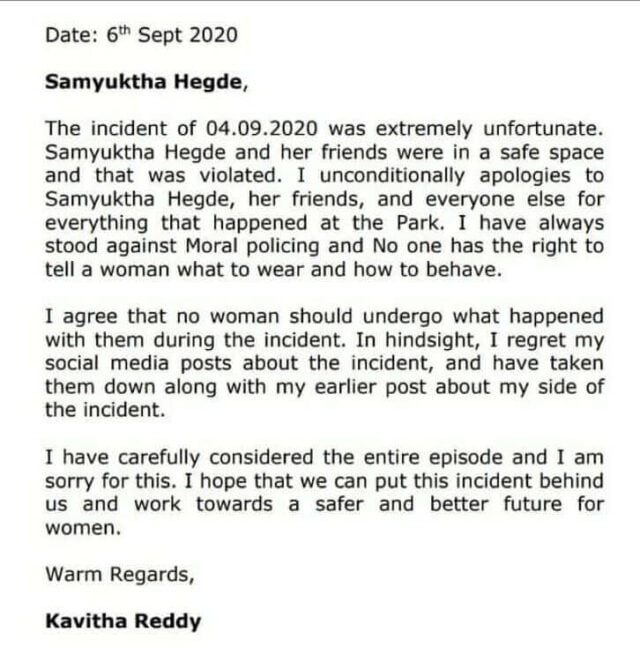 Samyuktha Hegde also responded by saying that she hopes everyone can move ahead and uplift each other. This whole debacle got a good closure.

We need to move towards a society where women bring out the best in each other instead of ensuing chaos over trivial issues like the clothes one wears.