The Shraddha Walkar murder case has been a much talked about topic, after the victim’s body was found chopped into several pieces when she was reportedly strangled and killed by her boyfriend Aaftab Poonawala.

From women afraid of using dating sites now in wake of the horrifying case or the Delhi Police trying to solve the case quickly due to mounting public pressure that is demanding justice for the victim and punishment for her killer, every day new information is coming up.

In the latest development, a complaint letter has been found that Shraddha had registed with the Vasai police almost two years ago that details the fears she had for her life. The question now arises as to why the police then did not take sufficient measures to prevent her murder from happening.

On November 23rd 2020, Shraddha had sent the Tulinj police in Vasai of Maharashtra detailing on how Aaftab would often hit her along with also how his family was aware of his violent behaviour.

In one of the lines of the letter she wrote “Today he tried to kill me by suffocating me and he scares me and blackmails me that he will kill me, cut me up in pieces and throw me away. It’s been six months he has been hitting me but I did not have the guts to go to the police because he would threaten to kill me.”

She also wrote “His parents are aware that he beats me and that he tried to kill me. They also know about us living together and they visit on weekends.”

The letter stated her reason for living with him “as we were supposed to get married anytime soon and had the blessings of his family”.

She ended the letter by writing “Henceforth I’m not willing to live with him, so any kind of physical damage should be considered coming from him as he has been blackmailing me to kill me or hurt me whenever he sees me anywhere.”

The whole letter reads as

Its been 6 months he has been hitting me I did not have the guts to go to the police because he would threaten to kill me. His parents are but the beats me and that he tried to kill me.

They also aware that know about we living to geather in east and they visit on weekends. I lived with him till date as supposed to get married anytime soon and had the blessings of his family.

Henceforth I am not willing to live with him to any kind of physical damage should be considered coming from him as he has been blackmailing me to kill me of hurt me whenever he sees me anywhere.”

According to reports, police give the reason for not taking any action as Shraddha herself had apparently sent another letter saying that “we no longer have any quarrel” and Aaftab’s parents spoke to the police asking them not to take any action. 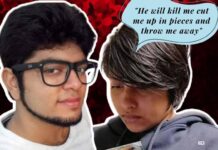 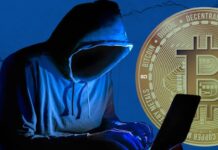