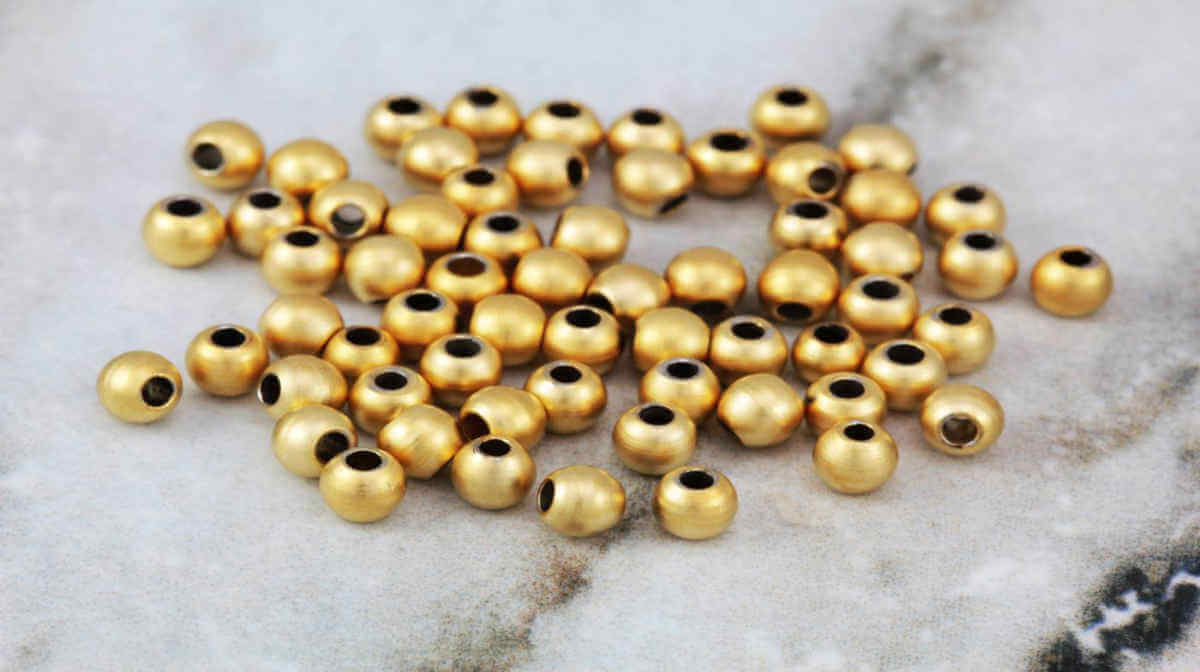 When a natural calamity hits a place, usually news reports tell of how much damage has been done to the local property, the amount of debris collected and such.

However, it is extremely unusual to see news of gold being strewn on a beach in the aftermath of a devastating cyclone.

As per reports, local villagers in a village near Andhra Pradesh’s East Godavari found gold beads collected on the beach a day after Cyclone Nivar hit the area.

Post the cyclone making landfall on Thursday, news came out that on Saturday, many people had rushed to the beach in that area after word spread that there was gold being found there.

Is Gold Really Strewn On A Beach?

This whole gold being found on beach business apparently comes from a village called Uppada, located in the East Godavari district in Andhra Pradesh.

Villages in Uppada are said to have found small beads that are supposedly gold after the high tide from Cyclone Nivar receded.

Sources state that locals believe this gold is coming from ancient temples that had gotten submerged in the sea over the years and the cyclone brought up some items that had been given as offerings to the gods placed in that temple.

Till yet though, this finding of gold on a beach has not been confirmed by any official authority.

Apparently, people, including women and children, collected at the beach from 6 am till evening time and used sieves to look for gold in the sand.

Read More: From Disaster To Hope: This Lebanese Artist Made A Statue Out Of Beirut Blasts Debris

Some people even posted about this bizarre incident on social media and talked about how people were looking through the beach, trying to find some ‘gold’. 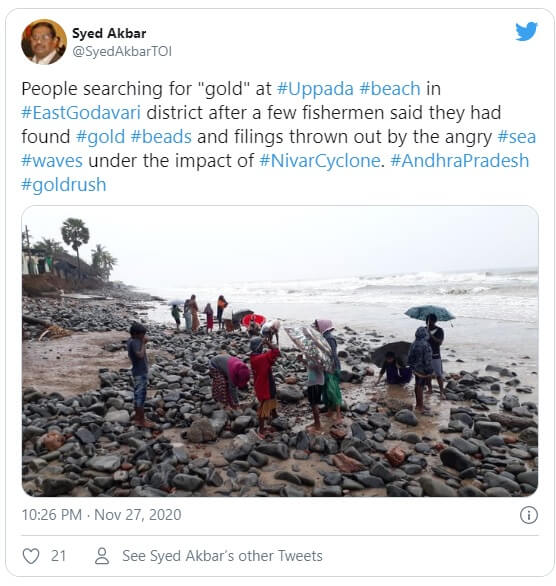 As per reports from Times of India, locals have said that around 50 people have gotten gold till yet that amounts to about Rs. 3,500 each.

TOI even quoted local assistant sub-inspector Lovu Raju saying that “It is customary in these parts to bury small gold beads or particles during foundation laying ceremony for houses and temples. As old buildings collapsed under the impact of sea erosion, the gold particles must have been got carried into the sea along with the debris. Cyclone Nivar has overhauled the sea. In the process, some of the gold particles must have landed on the beach from the ocean bed.”

A fisherfolk elder, Surada Nageswara Rao, as per The Hindu also said that “We heard that a temple existed here several years ago and whenever there is a cyclone, the locals rush to the place in the hope of finding gold and some of them have been finding it also.”

Not just that, but according to Raju, the gold could be coming from a few old temples and houses that had been washed away by heavy rains last month. It could be gold from those places that is now coming up to the shore after Cyclone Nivar.

Reports do reveal that revenue officials will be conducting an official assessment of this phenomenon soon and reveal the truth.

How Viral ‘Pink Bloom Phenomenon’ Of Kerala Village Is A Threat?