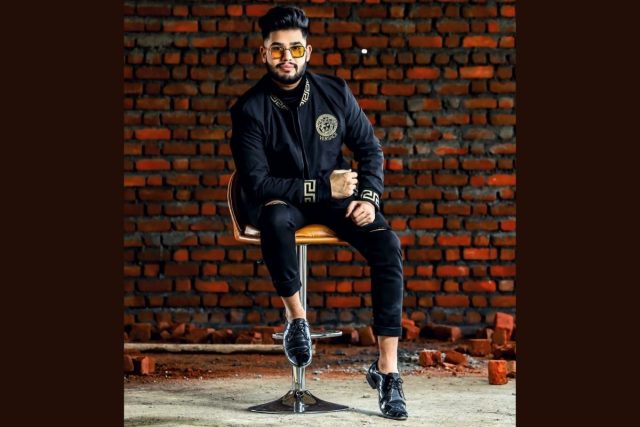 Young singer Badal Bhardwaj has a huge fan following in the country and abroad. Badal began showing interest in music at a very tender age and started humming when he was merely seven years old. Soon his parents perceived that their son was gifted with the natural talent of a good singer. This resulted in the launching of Badal’s first album of devotional songs, “Aao Na Jagdamba Ghar Aangan”, at 9. With this album, he made his debut in the world of music. Later, Badal was recognized for his super-duper hit devotional song, “DJ Pe Nachega (Bhai-Bhai)”, from his album “Cute Ganesha”.

After this super hit song, more success and rewards were waiting for Badal. Soon he started getting offers of songs from renowned music companies in India. The audience much-admired many albums launched in the series of the devotional songs. After spreading the magic of his voice in the world of devotional songs, Badal made his Bollywood debut with his first romantic song, “Piya”, and his second romantic song “, Love Ki Gallery”, which earned him a strong recognizance in Bollywood. The famous Zee Music Company released this song.

Badal can sing in eight languages ​​, including Hindi and Punjabi. He was honoured with many awards at an early age.

Badal Bhardwaj gives credit for his present level of success to his inspiration and strong backer, his father, Shri Sanjay Bhardwaj, Guru Shri Shashikant Sardeshpande, Manohar Das and his family. With continuous scaling of the heights of success, singer Badal’s albums have been released by well-known companies in India like – Zee Music, Venus, Ishtar, Sonotek Music, Wave Music, Shreyon etc., and new songs are following suit.

Badal Bharadwaj has received a proper formal education in music. He has completed “Vid” (Visharad) from Raja Mansingh Tomar Sangeet and Arts University, Gwalior, Madhya Pradesh (Gwalior Gharana). Presently he is studying for “MA” (Singing). Besides singing, Badal is also interested in acting. He has also given guest appearances in the well-known TV serial “Bhabhi Ji Ghar Par Hain” of “&TV” & Badal has acted in the short film “Bhumka” made for the awareness of covid vaccination, in this film Badal played a character of “Dinu”.

Badal Bhardwaj has struggled a lot in the early years of his career to get a foothold in the music industry. He is also well aware of the difficulties faced by budding singers in this field. In this context, he has started a film studio, “Shreyon” and “Shreyon Music Label” in Chhindwara. Shreyon Film Studio is the first Hi-Tech film studio in Madhya Pradesh and Chhattisgarh and is proving a boon for talents. Under this banner, Badal has given many local singers and actors opportunities. His goal is to establish his name on the world stage with the artists of Chhindwara and Madhya Pradesh.