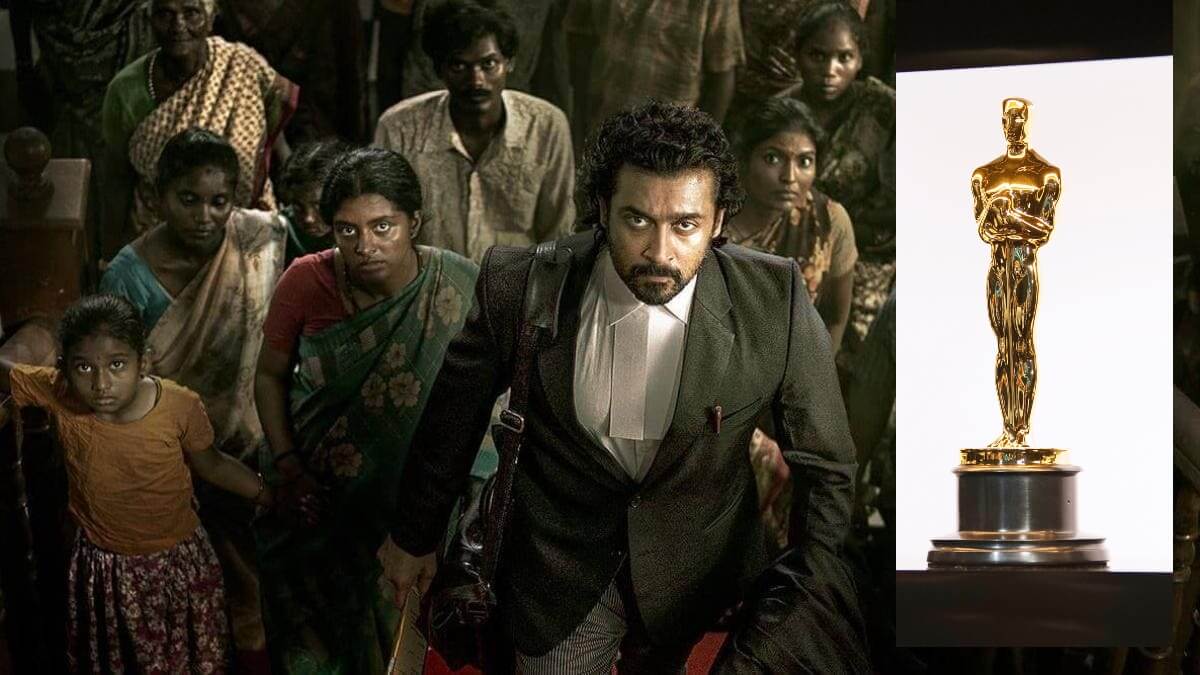 Jai Bhim, the Tamil courtroom drama film starring Suriya and Prakash Raj has been making waves since its release. Being applauded to extreme limits by both the audience and critics, the subject matter and how it was handled have all impressed people beyond belief.

The movie talks about the Irular community and their fight for their rights, giving a commentary on the system, going in-depth into the lives of tribal communities and more. The way it was all depicted impressed people since it seemed sincere, honest and without sugar-coating things.

Jai Bhim had gotten such admiration and interest that it got the highest rating on IMDb, becoming the first Indian movie to do so and even took over Hollywood classic movies like The Shawshank Redemption and The Godfather.

Now, it has again gotten trending for becoming the first Indian movie to be featured on the official YouTube channel of the Oscars or Academy Awards.

Jai Bhim had been winning the hearts of both audience and critics alike, but it had even been making waves on the international front. And that is evident now with it being featured on the official YouTube channel of the Oscars.

The scene that has been posted is the first 12 minutes or so of the movie where the director TJ Gnanavel takes the viewer through the scene and talks about how it all came about.

Gnanavel speaking of the scene said “On the basis of caste, the police are segregating tribal people,” and stated that the very essence of the movie is captured in this very opening scene.

He further said that “This film is not just about custodial violence faced by the tribal people but how caste discrimination forms the basis of custodial discrimination.”

The scene is a part of the Scene at The Academy segment on the channel that has scenes from particular movies along with filmmakers and artists talking about how those scenes were created, elements, breakdowns and more.

Obviously, it resulted in a lot of people online taking pride in something like this happening.

Read More: What Has Been Going Wrong With India’s Selection To The Oscars In Recent Years?

This is also just another proof that the audience, even the Indian one is growing beyond just taking ‘Bollywood’ as the face of Indian cinema and growing to appreciate and actively take interest in movies from non-Hindi speaking regions of the country.