Right after the release of Navarasa on 6th August 2021, the anthology evoked quite a controversy on Twitter on grounds of attacking religious sentiments.

What The Anthology – Navarasa Entails

The anthology is a concoction of the nine “rasas” or basic human emotions of the Indian aesthetic theory concerning the scriptures. Each episode mirrors one of these nine “rasas” – love, anger, fear, disgust, peace, wonder, laughter, compassion, and courage.

The creation of the anthology by Mani Ratnam and Jayendra Panchapakesan rests on the noble cause of supporting out-of-work Tamil technicians.

Although their intentions were good, Navarasa received an immense amount of backlash for the use of scriptures from the Quran.

Reason Behind The Demand Of #BanNetflix

Netizens and Muslims are furious at a micro-blogging site that used a verse from the Quran in a newspaper ad for the web series. The ad is in reference to one of the anthologies called “Inmai” directed by Rathindran R. Prasad.

Raza Academy, a Sunni Barelvi organization of Indian Sunni Muslims, pointed out that the Quran is their holy book and shall be subjected to the gratification of entertainment under no circumstances. 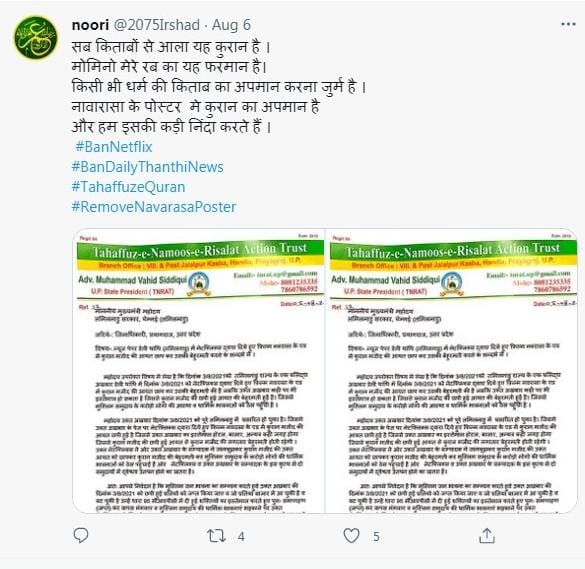 Read More: 10 Controversial Questions We Hope Ma Anand Sheela’s Documentary On Netflix Will Answer For Us 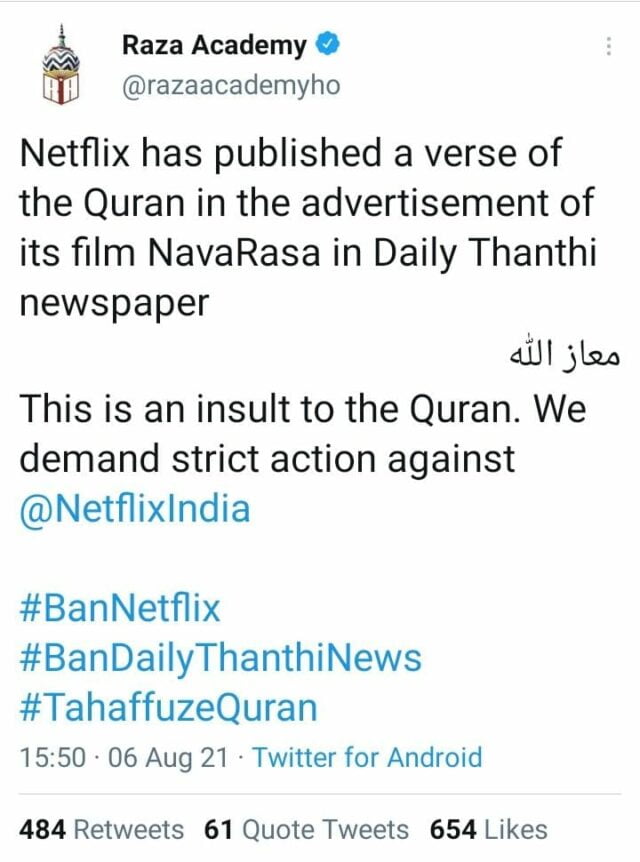 They took to Twitter saying, “Netflix has published a verse of the Quran in the advertisement of its film NavaRasa in Daily Thanthi newspaper. This is an insult to the Quran. We demand strict action against @NetflixIndia.”

In fact, the Raza Academy has also requested the Mumbai Police Commissioner to register a complaint against Navarasa and take strict action against the creators of the anthologies. 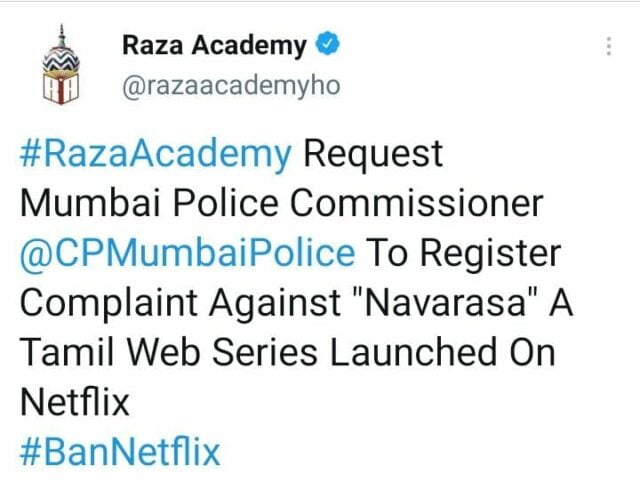 However, it is not just the Raza Academy but quite a number of Muslims have been found to mirror the hurt and disrespect. According to them, their religious sentiments have been toyed with.