HomeSportsNBA Finals 2014-15: Why The Golden State Warriors Will Win
Sports

NBA Finals 2014-15: Why The Golden State Warriors Will Win

East or West: Warriors are the best (pun intended)!

With the NBA Finals 2014-15 levelled at 2-2, it could really be anyone’s championship. But the Oakland Golden State Warriors definitely have the edge over the Cleveland Cavaliers.

This is true, there is absolutely no doubt. Through these 8 reasons, I’ll prove it to you:

His three-pointer game is on point! He has got the moves cause he will fake it till he makes it! He is a match-winner and very capable of carrying his team through. No explanation is needed to accompany his inclusion in the list, and that too, right at the top. Although Curry is great, he gets plenty of support and his team is not heavily reliant on him. Unlike their the Cavaliers who are dependant on LeBron James, the Warriors play a good team game. It is easy to take one man out of the match but difficult to take out five. It’s not rocket science then: LeBron out, game over.

The Warriors roster has a long-listed of rounded and excellent players, each ready to step in whenever required. One, or even two, player(s) can have a bad game, but there’s always someone ready to replace. There is no shortage of reserves and the talent on the bench is top notch.

At the end of the day it’s all about the number of times you get the ball through the hoop, right? Because that’s what keeps the scoreboard ticking. Have a look at this technical stuff: True Shooting Percentage, a comparison between the two teams: So technically, the Cavaliars don’t have a shot at beating them!

It’s also about not letting the other team score. Oh wait! They have got that covered too. They have arguably the best defence in the league. Andre Iguodala, Draymond Green and Andrew Bogut can take on any team and any offensive strategy or play.

Nick U’Ren suggested to Coach Steve Kerr a line-up change that would give the Warriors a little more speed and better ball movement and could potentially win them the title. Yes, he communicated this via text message at 3 o’ clock in the morning. Imagine waking up to something like this. Didn’t know U’ren and Kerr were 3 am friends, but well it worked! They’re fresh of a win (they levelled 2-2 in Game 4) and will carry this momentum with them in the all-important Game 5. In contrast, their opponents have just suffered a massive defeat (or thrashing) and so confidence will not be high.

They won over 65 games in the regular season and all the teams who have achieved this feat have gone on to win the title. Their win-loss tally was 67-15. Come on, with that track (or court…) record, they deserve to win!

After carefully considering the aforementioned reasons, it can undoubtedly be established that the Warriors are the clear favourites to win the title this season. Quod Erat Demonstrandum. 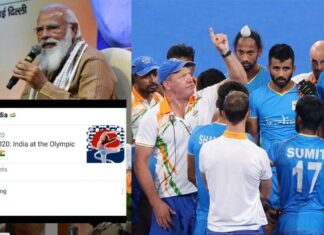