The 17th century’s unchecked patriarchy and loveless marriages are infamous for carving the way for the most infamous woman poisoner in the world’s history, Giulia Tofana. The mastermind behind the poison Aqua Tofana, she holds a record for killing around 600 men between 1633-1651.

The year 1633 left the woman in Rome with little say in their marriage. Indulging into loveless marriages for them meant they could marry and hope that their husbands were decent to them, they could remain single and rely on sex work to survive or could become a widow.

The third option was seemingly the most viable, especially when added with Tofana’s plan of killing them with poison disguised as cosmetics. That is how Aqua Toufana came into existence. 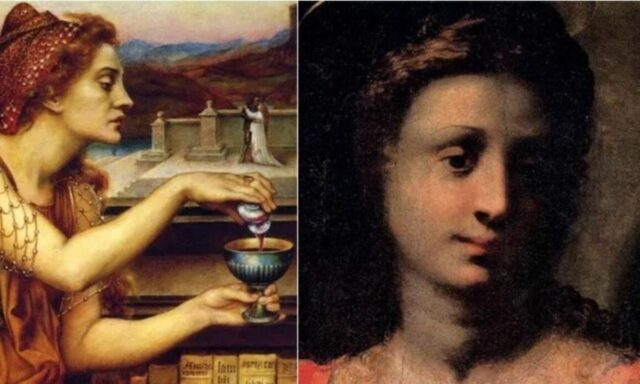 Giulia was born in Palermo in 1620 to the infamous Thofania d’Amado, who was executed in 1633 for murdering her husband. Since then, it is rumoured that the skill of brewing the poison was passed down to her from her mother.

Toufana moved from Sicily to Naples where she then continued her trade. Forming her group of trusted associates, she disguised the poison as liquids and powders to enhance women’s beauty. This soon earned her a soft spot in the hearts of women trapped in suffocating relationships.

Aqua came in bottles or a powder case often labelled “Manna of St Nicholas of Bari.” It came as a popular healing ointment for blemishes and was made up of a mixture of lead, arsenic, and belladonna, some of the major ingredients used in cosmetics, attracting minimal attention from their husbands.

The poison was sure to give a slow death, often leaving doctors thinking that it occurred due to an unknown disease. Giulia was sure to administer these only to previous clients or women vetted by them.

However, one unfortunate time, a clientele of hers got cold feet while administering the poison to her husband mixed in the soup. Subsequently, she confessed all of Giulia’s doing to him, who initiated a police action against her. However, given her fan base, she had already sensed this coming and sought sanctuary by a local church. 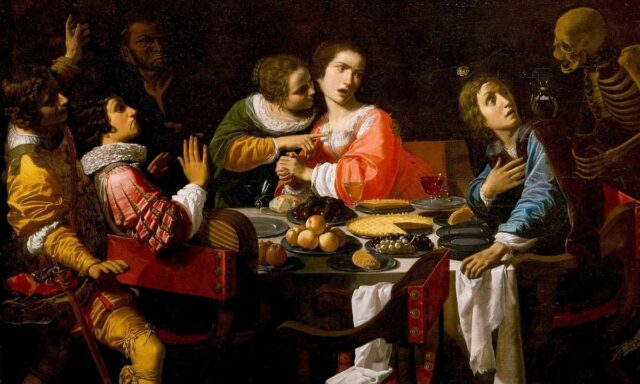 But soon rumour spread that she had poisoned the city’s water supply and hence the government initiated action against her and she was tremendously tortured. Following her trials, she confessed to having killed 600 men between 1633- 1650 in Rome.

She was apprehended and was executed in Campo de’ Fiori in Rome in 1659, along with her daughter and a few of her close associates. However, her valour and legacy continued to live on throughout the decades.

So much so, that her name even became folklore prevalent in Europe and went on to influence some of the major incidents in history. These include the rise of La Voisin and the attempted murder of King Louis XIV. Moreover, the famous composer Wolfgang Amadeus Mozart, who on his deathbed, blamed his mysterious illness on the poison.

Today, her legacy continues to live on in the form of various regulations that protect woman’s rights which includes safeguarding them against abusive marriages. Hence, it has been rightfully said in the SYFY that, if poison was truly a woman’s weapon, nobody could have wielded it better than Giulia Tofana.

Sources- All That Is Interesting, SYFY, The Tempest 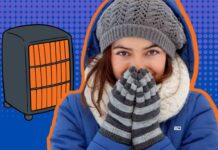