Home ED Originals DEvil Giggling Granny Who Smiled All The Way To Prison After Killing 4... 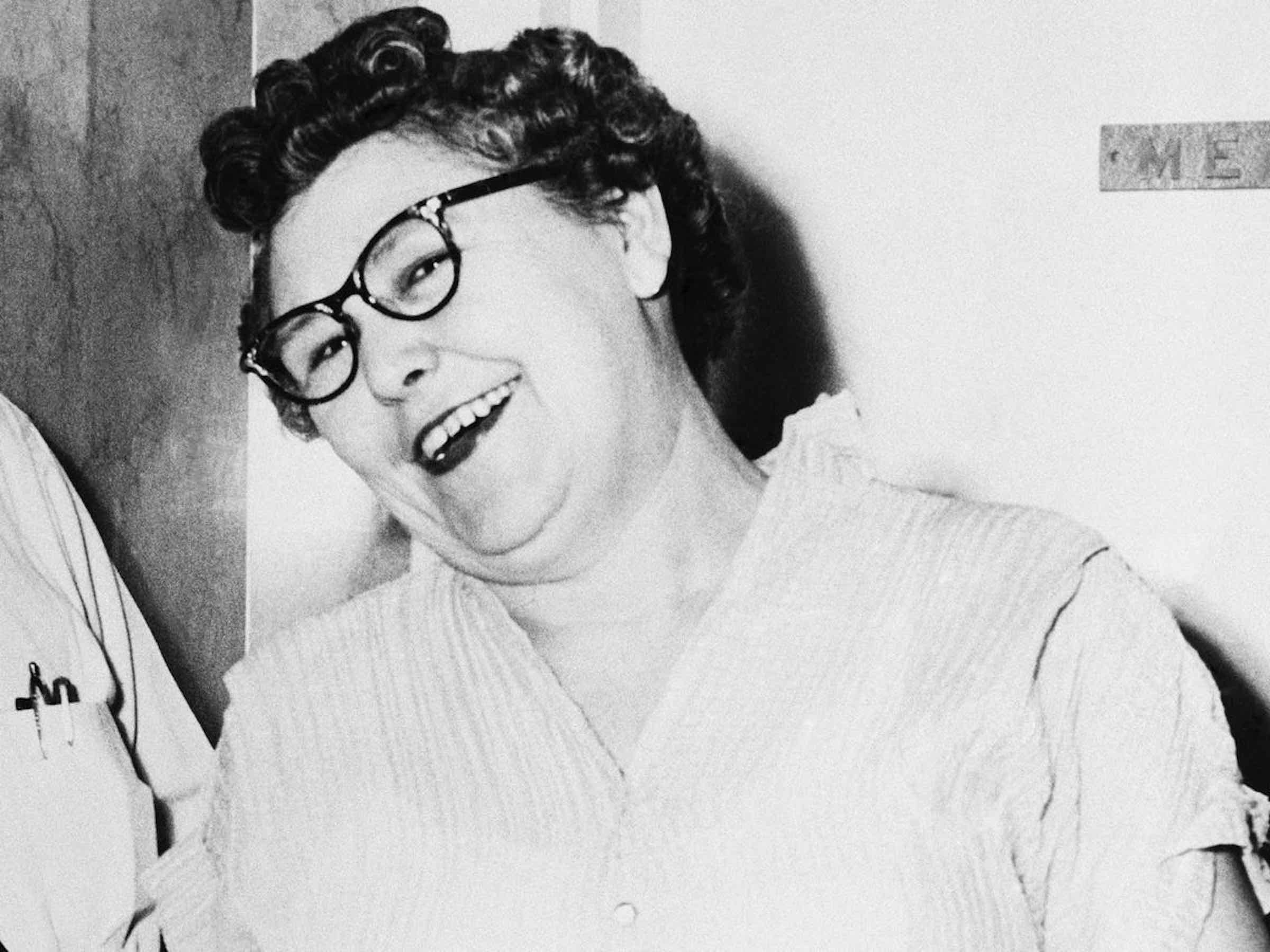 The first thought that comes to mind when you hear ‘granny’ or ‘grandma’ definitely wouldn’t be of a serial killer. Well, this particular ‘Giggling Granny’ found the story of murdering her family members quite funny.

And what’s even more unsettling is that she is suspected to have killed 11 family members and confessed to killing 4 out of 5 of her husbands that got her the nickname “Jolly Black Widow”.

What most serial killers or psychopaths have in common is an abusive history or traumatizing childhood.

Nannie Doss aka The Giggling Granny was no different, her father is said to have had a violent streak, he used to beat her up while her mother turned a blind eye to it. She also got a head injury which is also considered a reason.

Her father did not allow her or her sisters to dress up or meet boys their age, as a result, Nannie frequently found her escape in reading romantic stories in newspapers and magazines.

Beginning of the end of marriages:

Nannie was married not once or twice but five times, all in her search for the ‘perfect mate’.

Her first husband Charlie Braggs met her in the factory she worked when she was 16. Before long, the marriage got extremely toxic. Nannie’s mother-in-law was very authoritative and annoyed her.

After the death of 2 out of 4 of their children, Charlie doubted Nannie as the reason and left with their eldest daughter leaving the youngest with Nannie. “Mysteriously” her mother-in-law also died.

When he returned, he divorced her. Charlie is said to be the only husband who survived her wrath.

She was quick to jump into another marriage with a man called Robert Harrelson, whom she found through the lonely-hearts section of the newspaper.

During this time, she got reckless and killed her grandchildren too! Later, one day Robert came home drunk and squabbled with Nannie. She claims he raped her after the fight.

She is said to have added rat killer (poison) to his wine out of anger due to which he died.

Read More:  This Badass Medieval Woman Serial Killer Killed 650 Husbands By Creating A Poison Of Her Own

She married Arlie Lanning after their first meeting itself, (quite desperate to find her soulmate) who also turned out to be an alcoholic and a skirt-chaser.

This time she played to be an ideal housewife, so when Arlie was poisoned everyone was sympathetic to the ‘poor grieving widow’.

After the death of her mother-in-law, who is also considered one of her victims, she went to live with her sister.

Surprisingly her sister also passed away a few days after her arrival.

On her next adventurous search for a ‘soulmate’, she joined a singles club, called the “Diamond Circle Club” and met Robert Morton.

In the beginning, she was occupied with taking care of her mother, as her father had died. Soon, her mother also met the same fate. Her mother died of ‘unexplained reasons’ too.

After Robert’s extra-marital affairs were discovered by Nannie and that was the end of his story. According to Nannie, he deserved the arsenic (poison) in his food.

Her last husband, Samuel Doss unlike the previous ones, was a decent gentleman who fell for her. Poor guy’s mistake was dictating Nannie’s television and reading interests and keeping tight control of money.

His autopsy turned out to be Nannie’s nemesis. 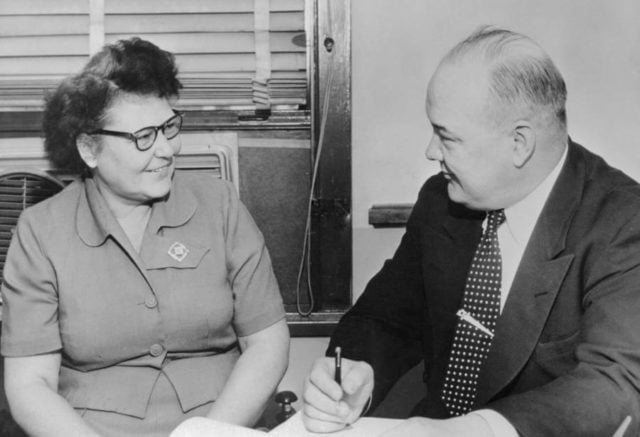 The confession of the ‘Jolly Black Widow’

When she first poisoned her fifth husband (Samuel Doss), he was admitted to the hospital for a month but he survived. When he came back from the hospital Nannie poisoned him again, this time he couldn’t run away from Nannie’s dark side and he death.

During the time in the hospital, an autopsy was conducted by the doctor on Samuel, who had his suspicions about Nannie.

Besides the doctor and her eldest daughter, a few other people suspected her but he was the only one who could find solid proof of her crimes.

This autopsy held proof that Nannie had poisoned him. She was imprisoned for life after she confessed to murdering Samuel Doss.

Eventually, she ‘giggled’ out her confessions about her other victims too and used the words: “sweet potato pies laced with arsenic (poison)”, she described her husbands as ‘sweet potato pies’.

Whenever she narrated her story about killing her family members she used to laugh like she was telling a funny memory of her life. Her psychotic tendencies became more visible when she laughed and pleasantly talked about her victims, while the people listening to her found it quite frightening.

Journalists who covered her story gave her the title of ‘Giggling Granny’ and ‘Jolly Black Widow’ who was rather too happy about her crimes.

Could the murders have been prevented if it was not for Nannie’s abusive childhood? Or did she have a dark streak from the beginning? But she sure was a badass serial killer to have gotten away with so many murders for such a long time.