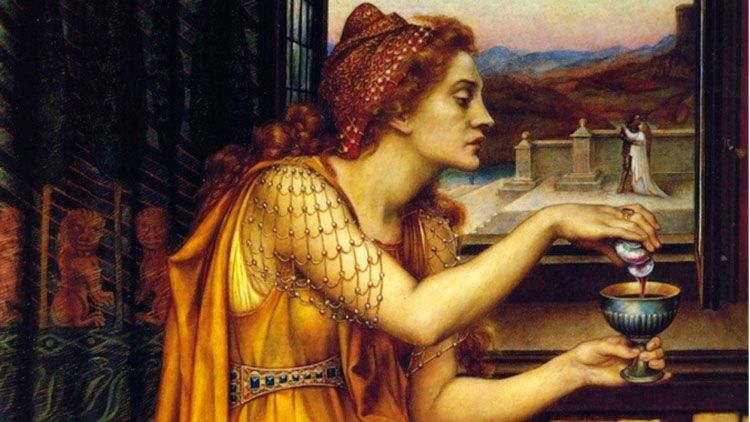 Long gone are the days when Jack The Ripper, Ted Bundy and The Killer Clown top the list of The Most Notorious Serial Killers Of All Times because I am going to introduce to you, who I think, is the most badass serial killer in medieval history – Guilia Tofana.

A lady who managed to kill around 650 men by creating a poison of her own.

Unlike other brutal serial killers of the past who went on killing sprees just to satisfy their sadistic fantasies, Guilia Tofana believed she was doing a good deed by helping poor, helpless women trapped in loveless marriages to set themselves free by killing their husbands.

The Renaissance period was a period of arranged marriages when women had absolutely no control over their lives. They were married off to men as a part of a business deal by their parents with little or no consideration for their feelings. Hence, most women, irrespective of their noble status, ended up being highly abused by their husbands be it sexual, physical or mental.

Divorce was not a choice back then, so these helpless women, when they couldn’t take it anymore, turned to Guilia Tofana for help who sold her deadly poison with which the wives used to put their unsuspecting husbands to endless sleep.

And this continued for 50 long years!

Who Was Guilia Tofana? Not much is known about her early life and childhood with absolutely no legitimate portrait of her. (The pictures shown in this article are taken from different sources.)

Guilia Tofana was said to be born in Palermo to Thofania d’Adamo, who was executed in Palermo in 1633 as she was found guilty of murdering her husband Francis Tofana (probably it was in their genes?)

Guilia Tofana was said to be very beautiful just like her mother and used to spend a lot of her time with apothecaries (folks who make medicines and drugs) watching them closely as they made their potions.

Related Reads For You: Bizarre Kind Of Phobias You Never Knew Existed

What Was Her Poison All About?

Note: There is another theory regarding this that the recipe of Aqua Tofana was passed on to Guilia by her mother who probably killed her husband with this very poison back then. But there is no proof to validate this theory.

Now this posion Aqua Tofana was pretty remarkable in itself.

It was colorless, odorless and tasteless making it impossible for someone to detect it beforehand. Also, Aqua Tofana left absolutely no traces in the organs of its victims. So nobody could actually identify the murders as a case of poisoning. All of this made Aqua Tofana one of the greatest poisons of its time in Italy.

Its ingredients included Arsenic, lead and Bella Donna and over consumption of all these ingredients are lethal for humans. That’s why only four drops of this potion was needed to put down even the healthiest of men without an iota of suspicion.

These drops could be administered in food or drinks and because of its tasteless nature husbands never realized they were being poisoned by their pretty wives.

Chief symptoms of Aqua Tofana poisoning include vomiting, diarrhea with blood and agonizing pains in stomach (similar to that of arsenic poisoning.)

The best part about the effects of this poison is that it is not instantaneous. Symptoms used to take weeks to come out hence making it look like some kind of advancing disease.

How Did Guilia Tofana Sell Her Devilish Poison In Open?

Now here comes the main part of her murderous plans.

Guilia Tofana used to sell her deadly poison either by converting it into a powder and disguising it as women’s face powder or she put it in small vials and sold them as simply as cosmetics.

During those days women used to keep small vials containing makeup material so nobody suspected that it could be something other than that, let alone a lethal poison! Isn’t it a perfect plan to kill your cruel abusive husband without leaving any trace of evidence?

That is exactly why Guilia Tofana was able to sell her poison and kill around 650 men over 50 years of her career.

What Gave Her Away?

After a successful run for 50 years, eventually the truth came out. But the sad part is that it was one of her clients who gave her away.

Her client had second thoughts just after adding Aqua Tofana to her husband’s soup. Her husband forced the truth out of her and took her to the authorities where she spilled out every bit of information she had.

Tofana was taken into custody and interrogated after which she was executed in the late 17th century. And there ended the legacy of the serial killer who left no trace of evidence behind.

Like one of the most popular serial killers of India, Charles Sobhraj, who also killed his victims by first poisoning them and then burning their bodies, came to be known as the “Bikini Killer”, I would probably name Guilia Tofana as