Home Social Opinions Meet The Bike-Ambulance-Dada From Bengal Who Makes Sure That Villagers Receive Medical... 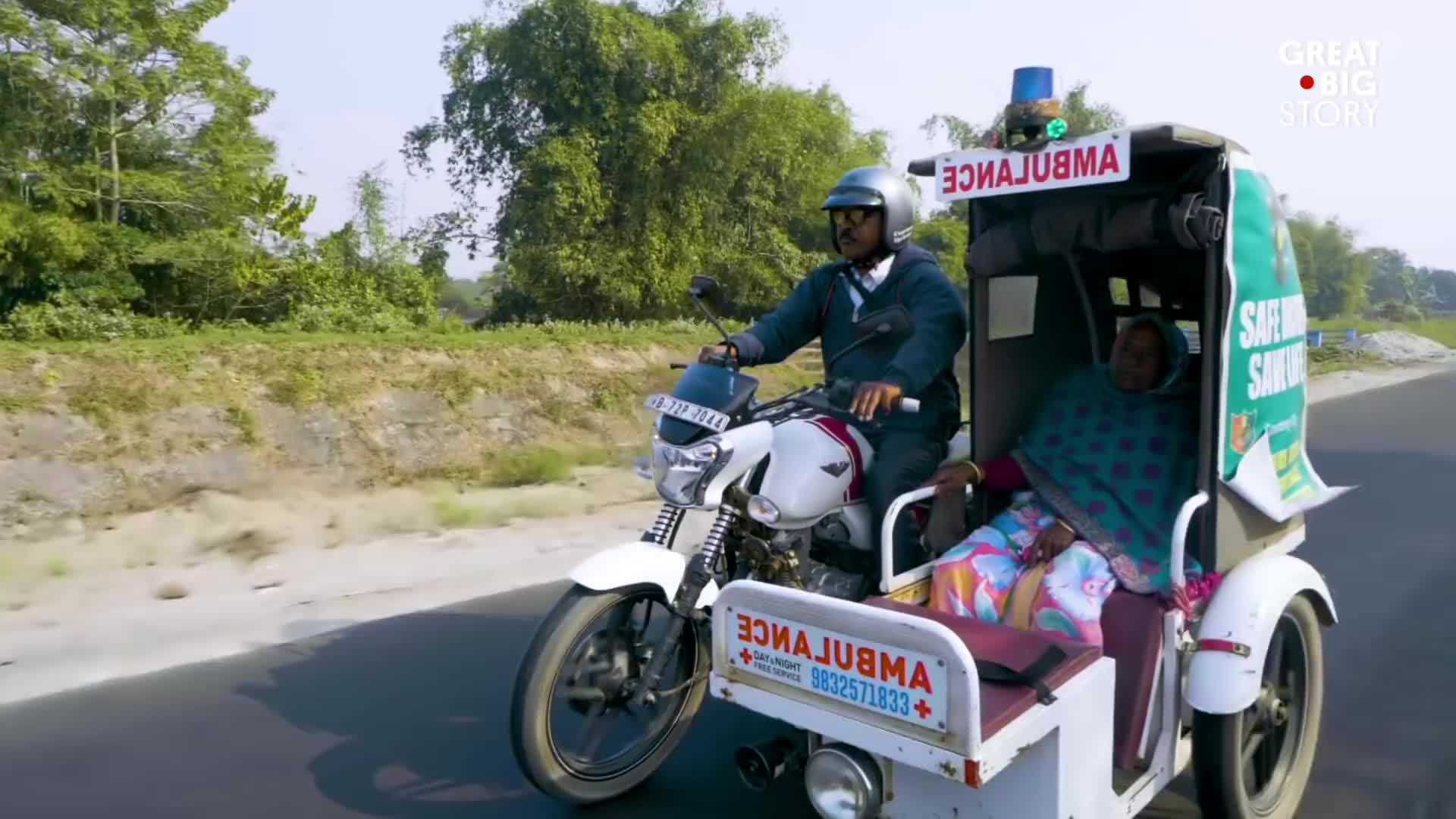 Disclaimer: Originally published in February 2020. It is being republished since it still remains an interesting topic till today.

However, it is revealed by the doctors that Rancho’s quick thinking and his decision to not wait for an ambulance and reach the hospital as fast as possible was a significant factor in saving Raju’s father’s life. 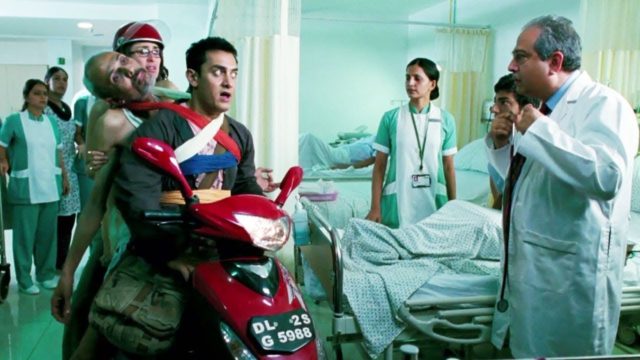 The movie came out in the winter of 2009, but in 2020 we have a real-life Rancho, who does something similar to aid people from rural areas.

Rancho’s actions are admirable, but he did it for the sake of his friendship and the love he bears for Raju and Pia riding along with him came as an added bonus. However, our real-life Rancho, Karimul Haque, transports injured strangers to hospitals without any incentives and his actions appear even more selfless.

Karimal Haque is a 53-year-old tea estate worker who is referred to as the ‘Bike-Ambulance-Dada’ by the people of Dhalabari Village in Jalpaiguri district of West Bengal. He is not just the savior of his village, but others too. 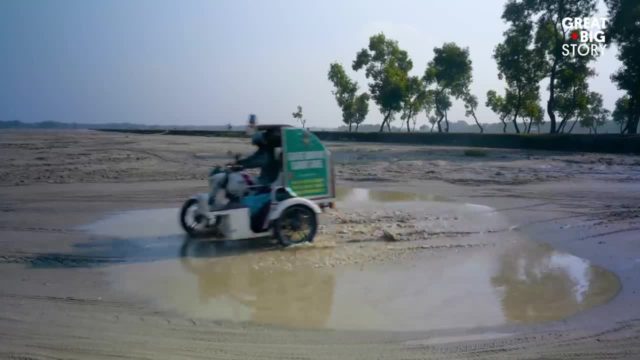 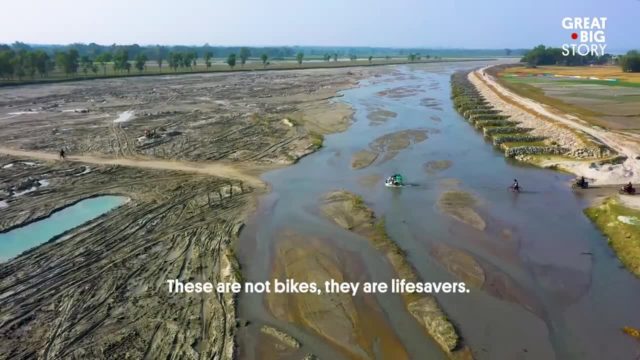 His services are availed by around 20 villages that surround Dhalabari in the Doars belt of West Bengal. This area lacks concrete roads, electricity, mobile towers, proper hospitals, and other essential amenities.

Another sad situation that plagues the residents is the fact that the nearest hospital is 45 kilometers away.

For his incredible work, he was awarded the Padma Shri Award, one of the highest civilian honors of India in 2017.

Bulu Oraon, one of the villagers said,

“Karimul dada is next to God. When my mother-in-law had a stroke, we thought she won’t live. Thanks to Karimul dada, who drove at jet-speed to the hospital, she is hale and hearty now.”

Karimal has saved more than 4,000 people with his innovative ambulance service. 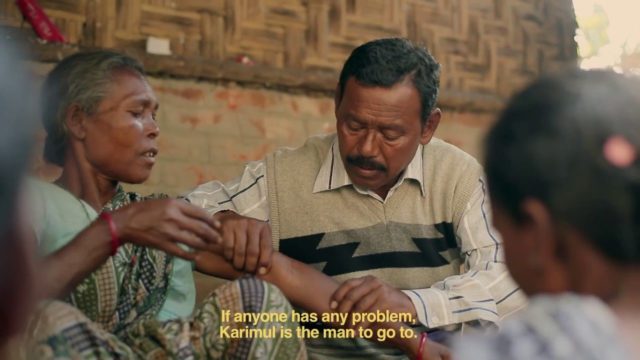 The Tragedy That Birthed An Inspiration

A long time ago, Karimal Haque was in a very distressing situation as his mother was seriously ill. He went from door to door for help, but no aid came to him. He was unable to find an ambulance for his mother who required immediate medical attention.

Time is of the essence when it comes to medicinal aid. Alas, without timely help, his mother passed away. If she could have reached the hospital on time she might have had a chance, but the years were stripped away from her.

An incident like this can wreak havoc on anyone’s life and make them miserable and bitter about the world. I probably would have started to detest everything. However, Haque didn’t let the tragedy lessen his spirit.

Instead of turning spiteful, he turned this incident into motivation for himself– Never Again. He decided that he won’t let anyone suffer the same fate on his watch and die due to the lack of ambulance services. 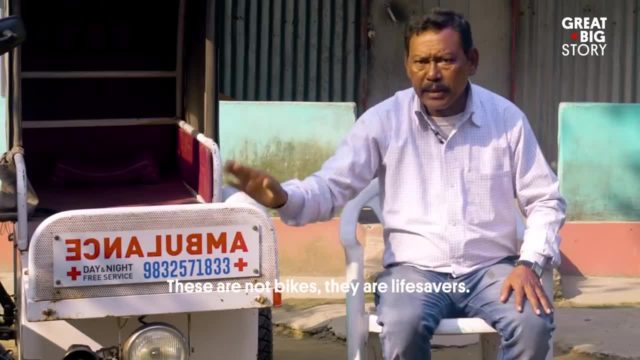 The specific idea of using his bike as a mode to ferry injured people was an invention of circumstance. One of his co-workers, Azizul, collapsed on the field and since the ambulance was not an option, Haque tied the patient to his back and took him to Jalpaiguri Sadar Hospital.

Timely medical aid worked its magic and the co-worker recovered. This propelled the bike-ambulance to become a full-fledged idea and service.

His entire family supports him in his benevolent mission. He encounters many problems while running this service. He has to cross scary jungles, face bison and elephants, travel up to 60-70 kilometers, and receive calls at 1 or 2 in the morning. 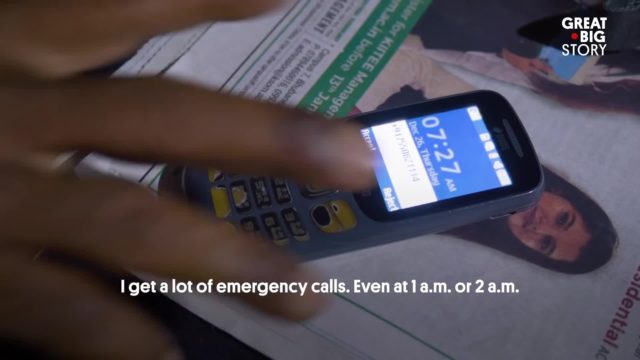 Furthermore, Haque decided to improve his service by providing basic treatment and first aid that he diligently learned from local doctors. Adding to his impressive resume is his endeavor to raise health awareness, and he runs health camps in tribal areas for this purpose that take place at regular intervals.

Also Read: Mumbai Can Now Book An Ambulance Similar To Booking An Uber Or Ola

According to an article published by Stanford Medicine in 2015, India now has the largest ambulance service in the world, known as GVK EMRI (Emergency Management and Research Institute).

It serves more than 750 million people across the many cities and villages of India. It has been estimated that the service has saved around 1.4 million lives.

We have certainly come a long way, but cases like that of Haque’s mother show us the sad reality of how the existing facilities are still inadequate. It was noted by the author Ruthann Richter that people in the USA take the emergency 911 services for granted, but the situation is entirely different in India.

We also don’t have enough ambulances that are equipped with paramedics and services like heart monitoring, immobilization of traumatic injuries, emergency defibrillation, etc.

It is Haque’s dream to acquire an advanced ambulance with all these facilities for the benefit of his village. He is not a wealthy philanthropist who supports charities as it helps in saving money on taxes that are levied on his business and helps him maintain a good public image. His monthly income is just Rs. 4000 a month, and he spends more than half of it on fuel for his motorcycle.

I often muse that if I were rich I would use my money to help the poor and do some good in the world.

However, when I read about such altruistic people, it makes me realize that the endeavor of helping and supporting the needy isn’t necessarily determined by one’s financial prowess. One needs to have strong willpower and patience. 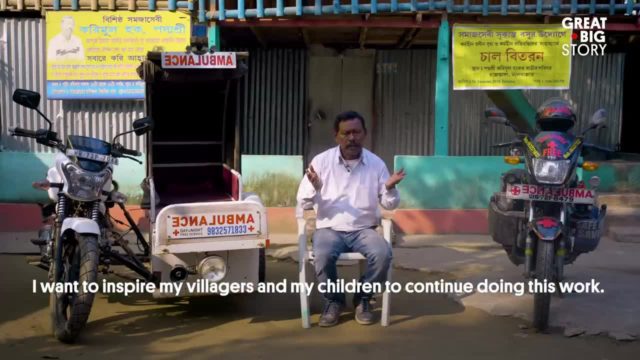 Hopefully, Bike-Ambulance-Dada’s deeds inspire more people to commit to social welfare. If one man can save so many lives, think of how many people can be rescued if more people took an active interest in helping the destitute and poverty-stricken people.

LivED: My Solo Trip To Hampi, A Soulful Experience