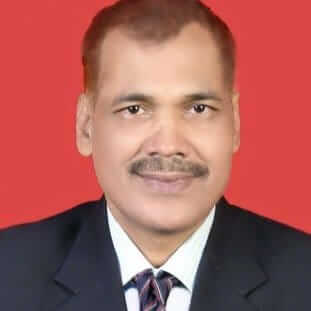 He has been an Ex-State Disability Commissioner, Government of Jharkhand, India.

It is always amazing to learn about all those people who give it their all when it comes to not only fulfilling their dreams but, most notably, working for the betterment of others. Very few people in this world have been among this category who have always made sure to go beyond boundaries to push the envelope further and bring about a wave of good change in society.

We couldn’t help but notice the rise of one such compassionate man named Satish Chandra, who has always been at the forefront of doing all these noble deeds. There is a reason why today, he is a recognized name in the Government of Jharkhand, India, and for that, his unending efforts have to be credited for people with disabilities.

Over the years, the government has always come forward to empower impaired people or people with disabilities. There have been several programs and initiatives by them that have gone ahead in creating a difference in their lives.

Satish Chandra has also supported these initiatives as he previously worked as the State Disability Commissioner in the Government of Jharkhand. Even in his interviews in the past, he has always spoken about their empowerment and how people must come forward to give them equal rights. Check out his interviews here, https://www.youtube.com/watch?v=TbG2DAOh7Nw and https://www.youtube.com/watch?v=vxMLx0SLqLk.

He has always been quite vocal about how more initiatives need to be created for helping people with disabilities with more opportunities in sports and other activities that can increase their confidence and also allow them to create careers around the same.

Satish Chandra has also been the head of the Monitoring Team constituted by the Chief Commissioner, Government of India from April 2013 to February 2016 and functioned as the State Disability Commissioner first in September 2007 and then from March 2016 to March 2021.

In 2016, Satish Chandra was invited by the National Institute of Empowerment of Persons with Multiple Disabilities to Chennai to give a special lecture. And, in 2021, he even inaugurated Tata Steel two days’ workshop on garnering livelihood opportunities.

This passionate man has also been recognized for his noble works with an Award for good Governance by Leading Newspaper Dainik Jagran, India, and the 2012 Human Rights Protection Award at International Habitat Building Delhi conducted by the Indian Institute of Human rights.

Not just that, Satish Chandra, as the State Disability Commissioner, Jharkhand had organized Mobile courts across the State of Jharkhand in different districts’ headquarters as well as in rural areas to redress the grievances and complaints of persons with disabilities. Such a type of court was organized for the first time in India. It was then replicated and adopted by all states by the direction of the office of the Chief Commissioner, Government of India.

Whether for physically or intellectually impaired people or individuals with other disabilities, Satish Chandra has always given his best in all that he has done for them.

Fashion Chirali Sharma - January 22, 2022
As interesting as the Indian history might be, a lot of the time focus is given mostly to the major sectors like clothes, dance,...