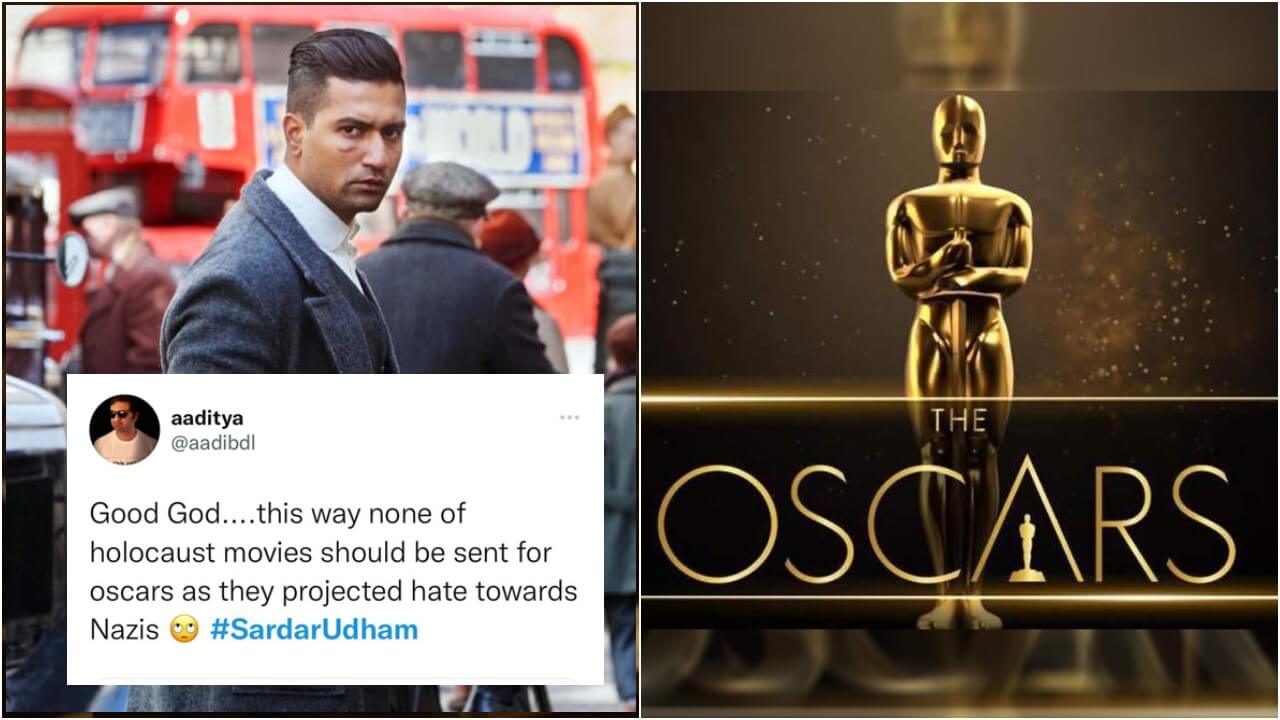 Sardar Udham, the movie starring Vicky Kaushal and directed by Shoojit Sircar is currently being hailed by critics and audiences alike for a wonderful movie about an unsung Indian freedom fighter.

The story revolves around the true story of Sardar Udham Singh who after the brutal and inhumane Jallianwala Bagh massacre by the British unto innocent Indians went after Michael O’Dwyer as a retaliation.

The movie takes the viewer through his life and struggles of what happened, how the massacre impacted him, and how he went on to travel to London, UK where he shot O’Dwyer at Caxton Hall where he was going to speak at a join East India Association and the Central Asian Society meeting.

The reason that Sardar Udham targeted O’Dwyer is because he was the Lieutenant Governor of Punjab, British India from 1913-19 and it was reportedly under his charge that the massacre happened where thousands of Indians were open fired at by British troops.

Sardar Udham Not For Oscars?

Currently, a jury by the Film Federation of India has been going through several Indian movies in order to select India’s official entry to the 94th Academy Awards.

Although the official selection is Tamil drama Koozhangal (Pebbles), directed by filmmaker Vinothraj PS, however, several movies like Sherni, Shershah, Malayalam ‘Nayattu’ and the Tamil film ‘Mandela’ along with Sardar Udham were all in the running for the selection though.

While it is perfectly fine that Koozhangal (Pebbles) was selected, however, the jury’s reasoning for not selecting Sardar Udham are extremely bizarre and have infuriated a lot of people. Indraadip Dasgupta, a member of the jury reportedly said in regards to Sardar Udham that, “Sardar Udham is a little lengthy and harps on the Jallianwala Bagh incident. It is an honest effort to make a lavish film on an unsung hero of the Indian freedom struggle. But in the process, it again projects our hatred towards the British. In this era of globalization, it is not fair to hold on to this hatred.”

Sumit Basu, also a jury member said “Many have loved Sardar Udham for its cinematic quality including camerawork, editing, sound design and depiction of the period. I thought the length of the film was an issue. It has a delayed climax. It takes a lot of time for a viewer to feel the real pain for the martyrs of the Jallianwala Bagh massacre.”

Dasgupta’s comment that the reason that the Shoojit Sircar directed movie was not selected is because it shows the British in a negative light and India’s anger against them was enough to piss off a lot of people online and rightfully so.

Read More: Here’s How The Youth In Kolkata Is Reinventing Theatre: Presenting The Calcutta Theatre Co.

Honestly, the issue here is not that Sardar Udham was not selected for India’s official entry to Oscars, but the pointless reason given for it. It is perfectly alright to go for another movie if it is genuinely a superior film, which many people and critics have called Pebbles.

But this statement that the film shows hatred against the British and that is why it wasn’t selected is just preposterous. Because if we go by this reasoning then movies on World War 1, 2, the Holocaust, or any other atrocity that organisations or people have committed against people should never win any award. Since they clearly show one party in an extremely negative light.