Home Entertainment How Sardar Udham’s Relived Horrors Of Jallianwala Bagh Are Necessary For Our... 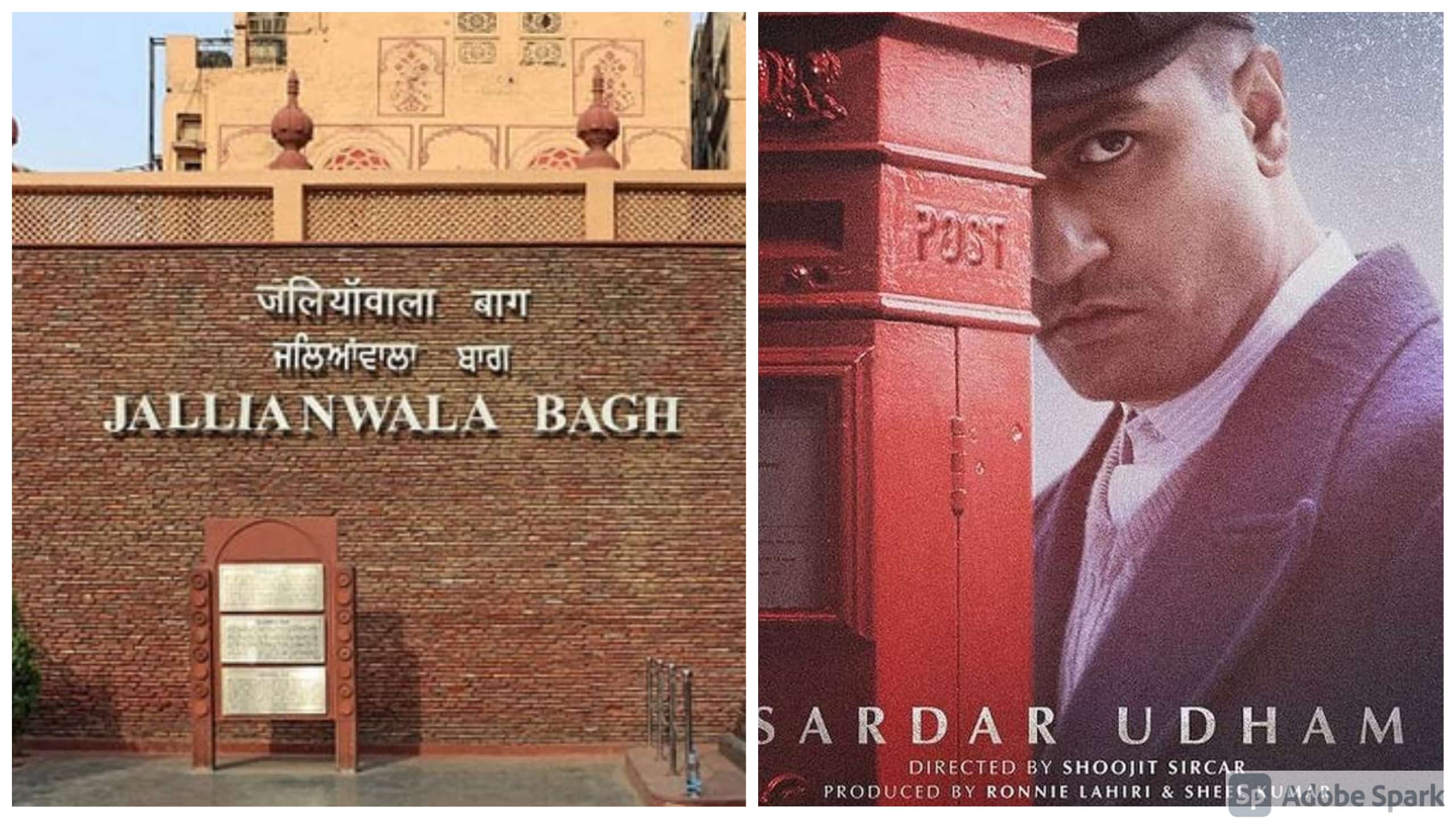 Shoojit Sircar’s directorial magnum opus, Sardar Udham, released on Amazon Prime Video earlier this week with awesome aplomb. Tapping into a part of history that remains mostly unknown to this day resting in the deep crevices of our country’s long worn history. It is through blood and tears that the story unfolds, and it leaves a smidgeon of sorrow in its wake.

Although Sardar Udham Singh’s contribution to the cause of India’s independence is magnanimous, to say the least, sparsely anyone remembers him. It may be argued that more often than not most revolutionaries remain as mere names hidden in between the stops and pauses present in a country’s history books.

Yet, it is through the passage of time that we realise their sacrifices and Udham Singh’s sacrifice provides the viewers with a defined vision into the heinous Jallianwala Bagh massacre; and this vision is the need of the hour for Indians all around.

These figures almost seem impossible, especially when one takes into account the fact that these are the number of casualties from a single event. The fact stands that the British administration in Punjab was out for blood and they exacted that with the harshest of blows without a morsel of humanity.

Colonel Dyer, infamously known as ‘the Butcher of Amritsar’, was the hand of doom behind the damning massacre of the many peaceful protestors gathered inside Jallianwala Bagh. During his tenure in Amritsar, he was assigned the post of interim Brigadier-General in the stationed battalion.

Through the course of Anglo-Indian history, no instance of such violence has ever been recorded that led to the deaths of unarmed civilians by the hundreds. Yet, with the horrors of Jallianwala Bagh, the fact stayed put that there existed inhumanity on earth and it existed in the guise of the British Raj.

As I write about this in muffled tears, a certain scene from Udham Singh springs to mind. The visual has possibly been seen time and again, unfortunately, that visual still stays engraved in one’s mind owing to the absolute travesty committed. The visual is not one of violence or one of supreme emotions, but something simple yet horrid.

With the aftermath of the massacres felt all along the seams of India, let alone Punjab, Vicky Kaushal’s Udham Singh carries a child injured and mutilated from the massacre. After hours of spending his time carrying the injured and the suffering to safety, it was the child who was then put on a hospital stretcher.

No prizes to guess what happened next for the kid was declared dead upon arrival. Singh’s face betrays no emotion apart from perplexion, for the person that lay dead beside him was barely a teenager.

To put matters into perspective, the official numbers of dead children rest at 42. As of now, the actual numbers of the dead are still not known.

The Jallianwala Bagh massacre was an event devastatingly harrowing and one would only have to skim through their eighth standard history books to get a slight taste of the horrors that our ancestors lived through. It is through the words and martyrdom of the many known and unknown Indians that we know that to exact freedom one has to fight for it.

Unfortunately, our world still works on the precipice of slavery as we still fight, tooth and nail, deciding upon the patriotism of hatemongers, fundamentalists and mercy petition filers. Hopefully, Udham Singh’s story will finally help the said Indians understand what it actually means to be a true patriot and a true revolutionary.

Also Read: In Pics: Before And After Of Jallianwala Bagh

How Are The Horrors Of The Massacre Still Prevalent Today?

2021 was the year when the Indian Government decided that the best and only way to mark the harrowing event of the massacre would be through a tacky refurbishment of the Bagh.

Unfortunately, that is exactly what they did, however, rather than a refurbishment, what they successfully did is whitewash over the terror spread by Dyer, Michael O’Dwyer and the British government.

The thousands of bullet marks that had engraved themselves along the walls have now been turned into a mural of sorts while the corridor through which Dyer entered and had closed behind him contained engravings of smiling children. The sight of many-a-horror has now effectively turned into just another picnic spot.

Professor Chaman Lal, historian and former Jawaharlal Nehru University professor, stated so with the Jallianwala Bagh coming into the news again for the wrong reasons. The government has effectively tried to glamourize history and provide over it a veil of amusement.

It is through the canticles of time that the public perception of a certain event changes the further a certain party, visually, begins to tamper with the general feel of a place. Jallianwala Bagh, with its beautified garden and jovial murals, sparsely commemorates the deep-seated sorrow that exists within its seams.

To put the dastardly facts of the massacre into perspective, the real number of casualties still remains a mystery as day in and day out a few hundred names appear out of the blue. The dead still remain unrecognized. The Indian Congress had released a report that estimated the number of dead to have crossed the thousands.

Moreover, researchers from Amritsar’s Partition Museum and Delhi’s Art and Culture Heritage Trust, very recently, stated that at least 547 people had died in the massacre.

Yet, the government wishes to paint over these facts with vibrant hues of mirth and joy, exonerating the guilty and compelling the citizens to forget.

It is through movies like Sardar Udham that we realize the cost of freedom. They may paint over freedom as many times as they want but it stands as fact that no matter what, the world remembers.

Fashion Mansi Rawat - November 22, 2021
Fashion is believed to uplift women, the ultimate saviour in all situations. For women the only objective of fashion seems to be the outward...