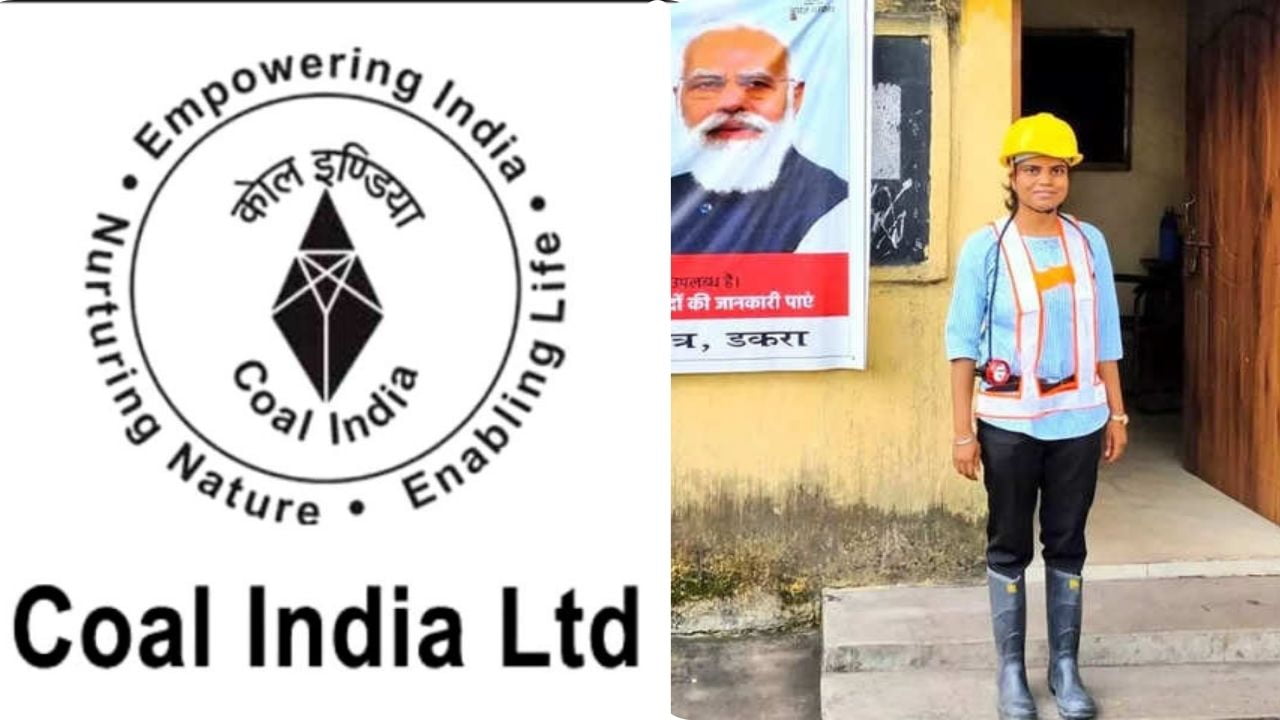 25-year-old Akanksha Kumari is setting milestones by becoming India’s first female mining engineer. In all these years of India’s Coal history, she will be the first woman to work in underground coal mines, how cool is that!

She was born and brought up in Barkagaon in Hazaribagh district, Jharkhand. With a natural interest in mines and coal being the mainstay of her daily household chores, Akanksha was pretty fascinated by the mysteries of mining ever since she was a kid.

She finished her schooling at Navodaya Vidyalaya, where she came to know more about the region’s mining exploits, which strengthened her resolve further. She decided to take up the study of mining engineering at Birsa Institute of Technology, Dhanbad. 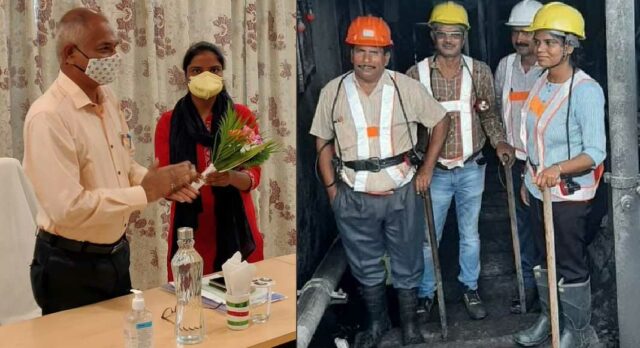 Her first job was at Hindustan Zinc’s Balaria mines in Rajasthan. She created history by joining Central Coalfields Limited (CCL), a subsidiary of Coal India Limited. It is located in Churi underground mines, North Karanpura Jharkhand.

Also Read: 6 Lady Gangsters Of India Who Made Their Mark In Indian Underworld

She is the first woman to ever do so, as Indian mining laws did not allow women in underground mine operations. Relaxation to these laws came only in 2019. In CCL, women only worked as doctors, officers, doctors, security guards, and heavy machine handlers.

Having a woman in the core mining activity for one of the biggest coal mining companies is a progressive change. CCL shared a tweet saying, they got their first women mining engineer Akanksha Kumari. 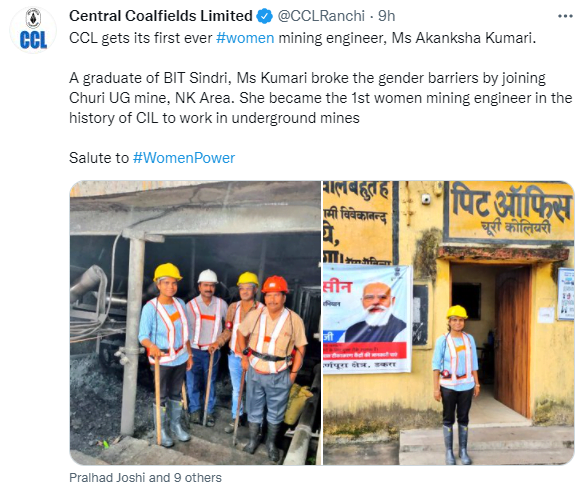 Akanksha was praised for her achievements as people saw her as a source of inspiration. Politicians took to Twitter to congratulate her. 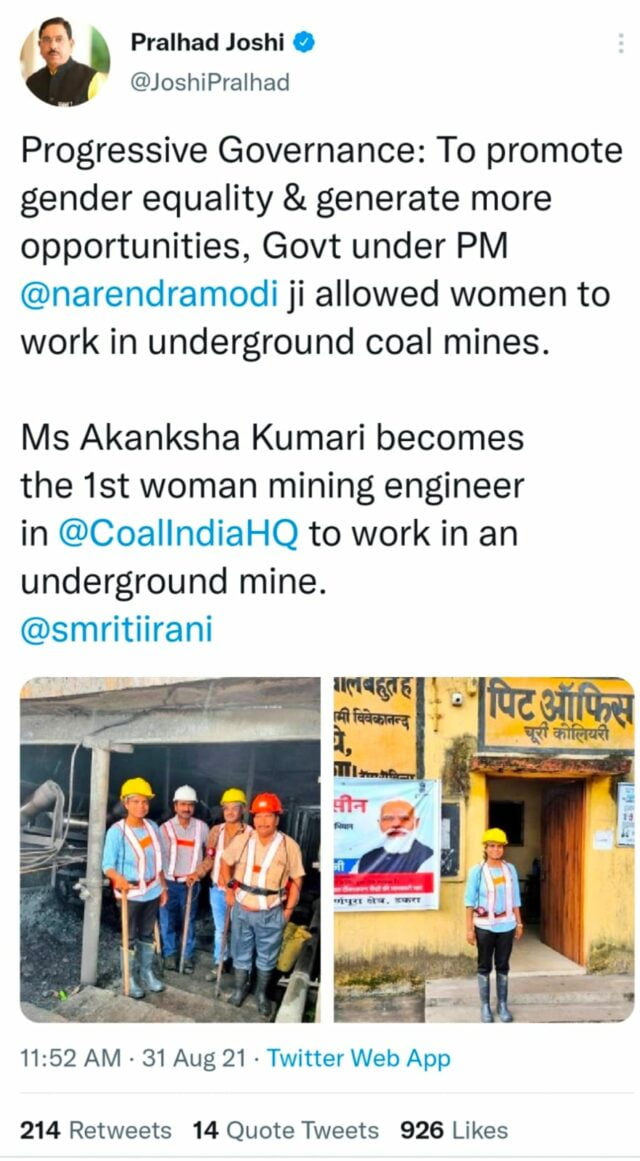 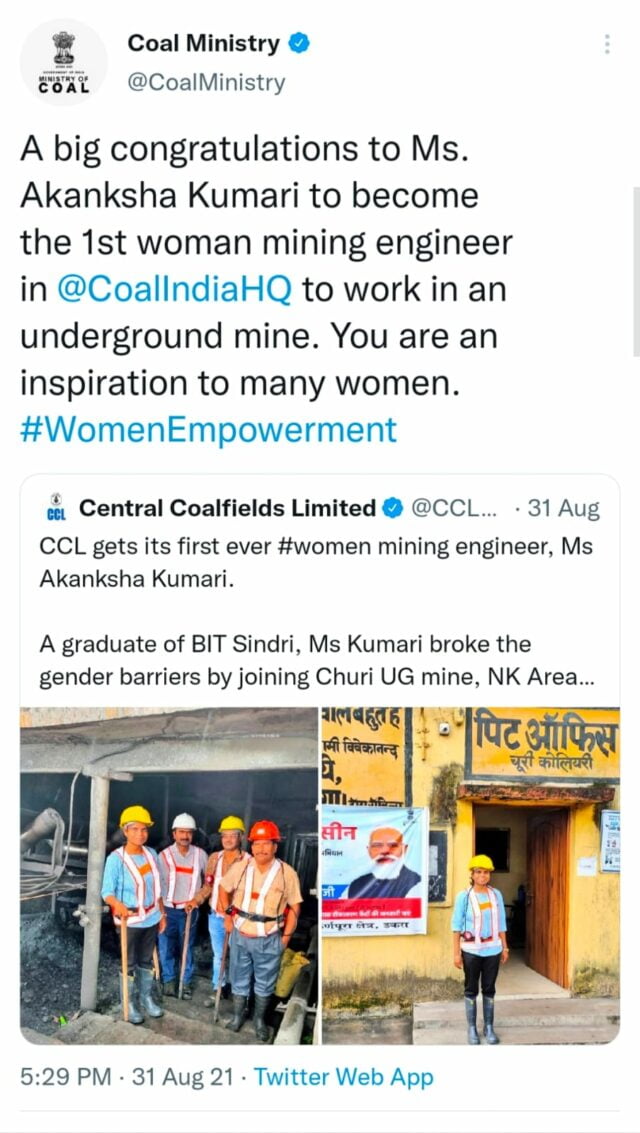 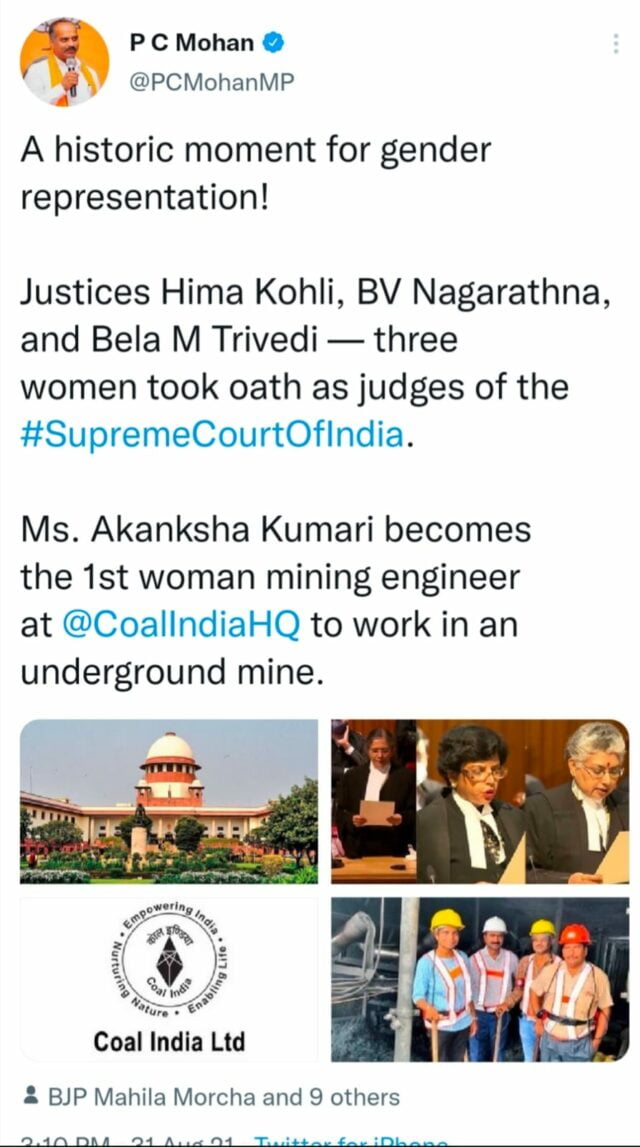 “I always dreamt of this day,” said Akanksha Kumari. She also thanked her family for their unflinching support which helped her to fulfill her dreams.