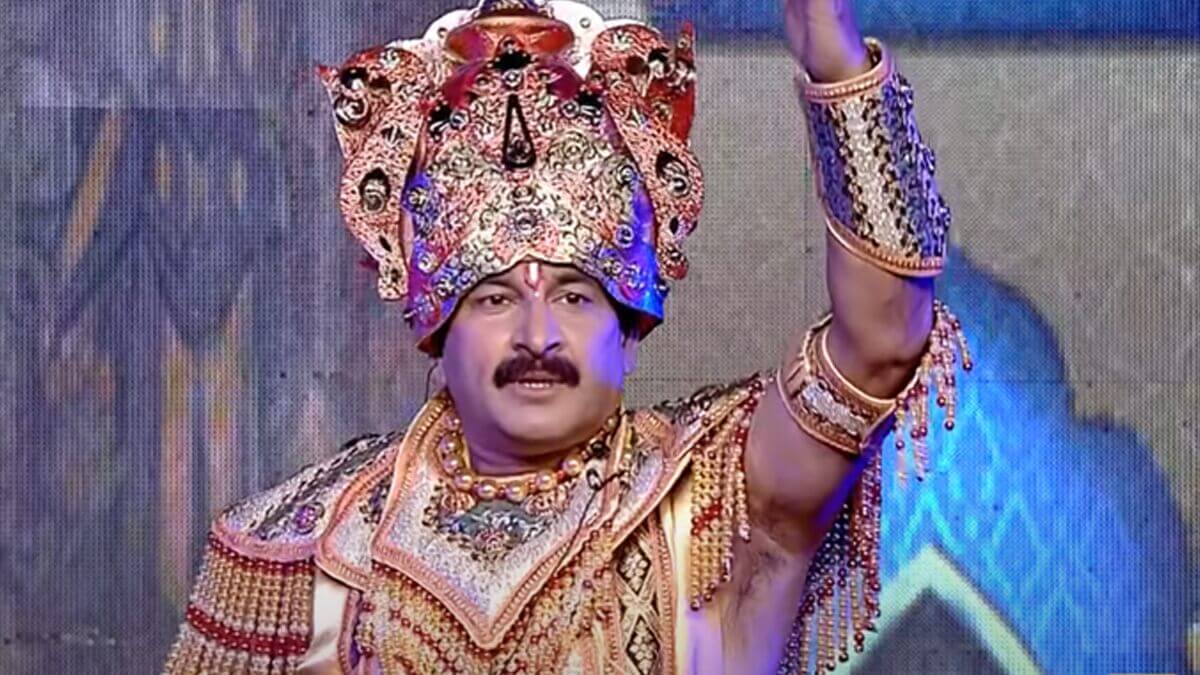 “Ek Second Ek Second” or “Hamare team ka hai” is something no one ever thought of ever hearing while watching the highly religious re-enactment of Hindu epic Ramayan, the Ramlila.

But, actor and politician, Manoj Tiwari, who is playing the character of “Angad”, used English words like “second” and “team”, while having an onstage dialogue with Ravana.

Ramlila is the dramatic folk re-enactment of the life of Rama according to the ancient Hindu epic Ramayana, one of the holiest Hindu religious text.

This mistake by Manoj Tiwari has subjected him to face a lot of trolls as well as criticism.

The highly entertaining video of Tiwari saying words like ‘second’ and ‘team’ during his live act has left internet rolling on the floor laughing. Attracting funny and witty reactions, the video has been trending across several social media platforms. 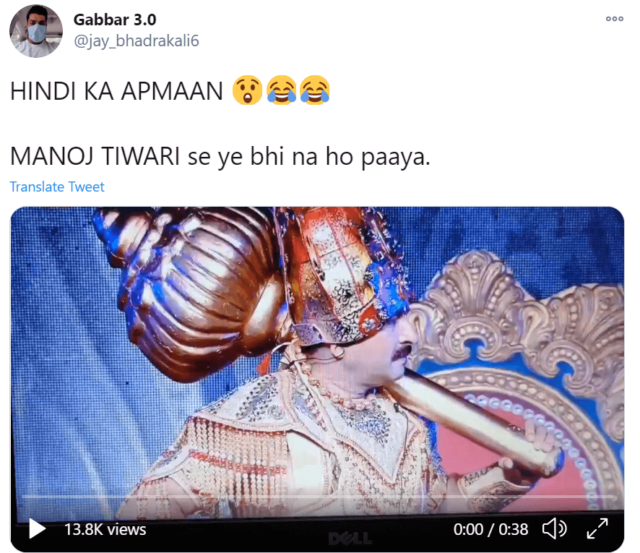 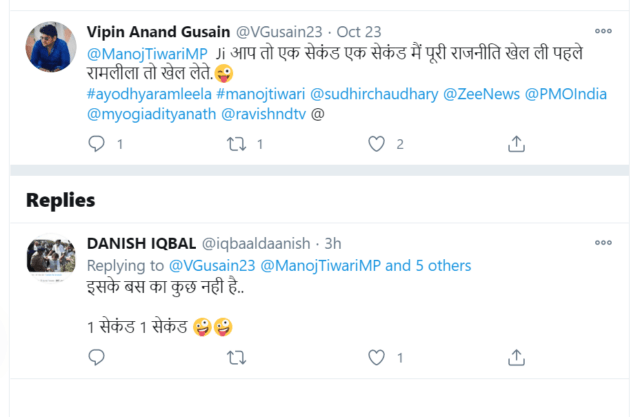 Read More: QuoraED: What Do Ancient Indian Epics Like Ramayana & Mahabharata Have In Common With Blockbusters Like Harry Potter? 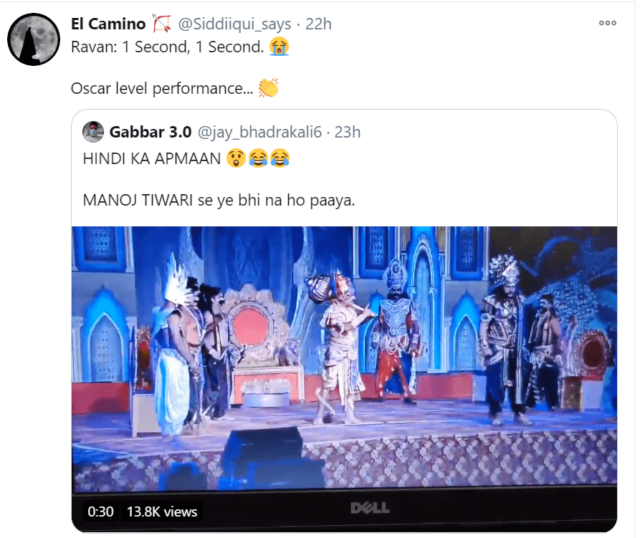 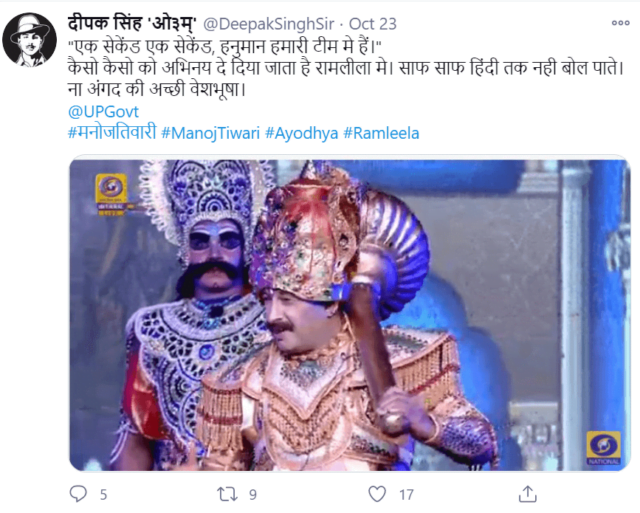 This starry Ramlila is being organised at the Laxman Qila, Ayodhya in collaboration with the state’s Department of Culture and Tourism and the Ayodhya Research Institute, for the occasion of Navratri and Dusshera.

Due to the pandemic, the nine-day Ramlila has become a virtual affair this year. It is being performed without spectators and is being regularly telecasted live on DD National as well as on all social media platforms and YouTube from October 17 to 25.

The play is being broadcasted in Hindi, as well as 11 additional languages ​​including English, Bhojpuri, Tamil, Telugu, Kannada, Marathi, Punjabi, Urdu, Rajasthani, Haryanvi and Bengali.

Aside from Manoj Tiwari, many famous actors are also part of this grand event. Actor and MP Ravi Kishan played Bharat while Vindu Dara Singh is portraying the role of Lord Hanuman.

Watch: Mythological Sites From Ramayana That Actually Exist Till Date With Proof