Along with the rising number of coronavirus cases, there is one more epidemic that India is facing for quite some time now. It is none other than the spiking number of Bhakts in the country.

For those of you who are unfamiliar with the term, Bhakts, within the Indian political scenario, refer to those who blindly follow and support whatever Narendra Modi does. If you are a person who uses logic and rationality to deal with everyday life situations, it can be challenging for you to communicate with a Bhakt.

So to help you all out, here is my guide to successfully deal with Bhakts under any circumstance without inflicting self-injury.

Do Not Argue With Them

The argument or the act of arguing is a part of logic and reasoning itself, which includes a series of statements or premises that attempt to determine the degree of truth of the conclusion.

Although we do have all our faculties in place that support logical thinking and rationality, our lack of scientific temper is now being exploited by various political dispensations by feeding us garbage. 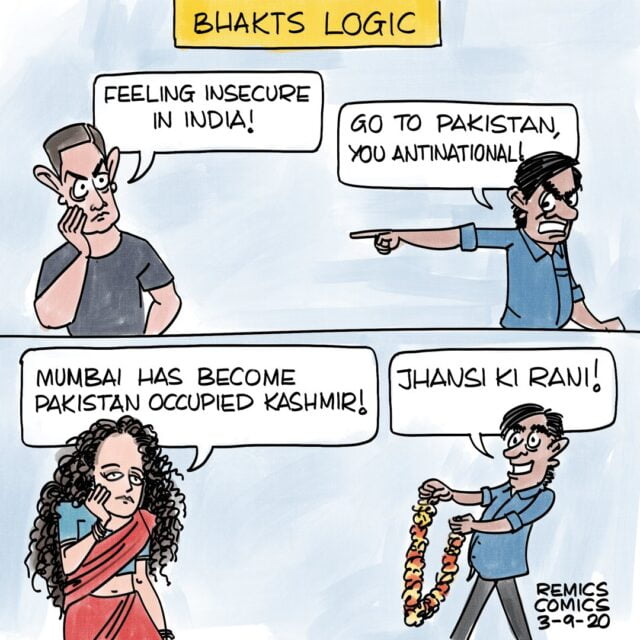 These political establishments have replaced knowledge and facts with propaganda and lies. Therefore, I do not argue with the Bhakts because they simply lack the ability to do so due to years of brainwash and following blind faith.

So when a Bhakt tells me that cow urine cures cancer, instead of contending the claim, I simply take a pass saying, “Wow, that is great news! But it is my bad luck that I am a vegetarian!”.

Blame It On Nehru

One of the things I keep in mind whenever I meet a Bhakt is that although Narendra Modi is the Prime Minister of the country, we cannot blame him for our nation’s miseries.

According to a Bhakt, Modi is a superhero or an avatar of God, and therefore, he is simply incapable of doing anything wrong. Even amid the pandemic, when the entire world is calling out the government for not doing enough, the Bhakts continue to blame Nehru for not setting up a proper healthcare system in the first place.

Also Read: Some People Started The #BoycottFood Trend To Troll Bhakts In View Of The Latest Farmers Protest

So if I have to get some work done from them or, unfortunately, work with them, I simply choose to remind myself that Nehru is still our Prime Minister. Therefore, if I have to talk about politics at all, I should hold Nehru responsible instead of Modi. 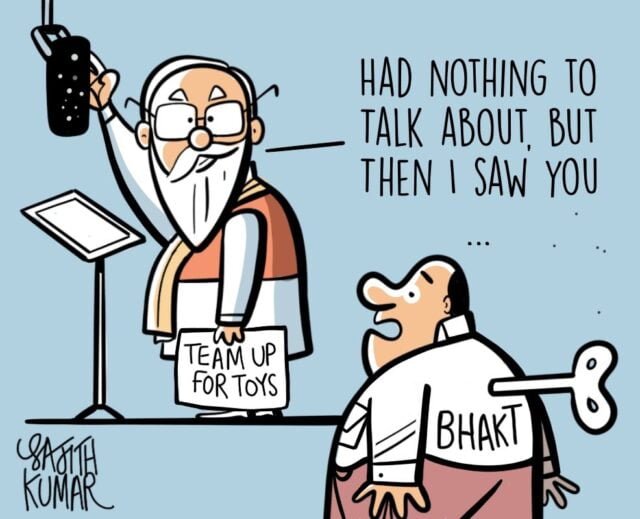 Upper-Caste Hindus Are In Danger

The best part of a majoritarian government and its supporters is their diametrically opposite views. These Bhakts see themselves as victims of anti-Hindu persecution, paradoxically within a secular state with an overarching Hindu majority. So it is the majority that needs protection and not the other way round.

Moreover, Islamophobia is a myth. Dalits and women are happy as a clam. And even if the Muslims have a concern, the solution does not lie in a more secular approach to the problem but in their ‘going back to Pakistan’.

The only mantra to not lose your calm in such situations is to avoid the conversation at all. If such a comment is made by some family member of mine, I try to remember all the good things that they have done for me.

Because anyways, arguing won’t work. And anything else can harm your intelligence and affect your mental health.

Do not watch the news before entering into a conversation with the Bhakts. And repeat ‘All is well’ at least ten times before you go for it. It may help you forget the crisis that we are in right now and help you sail the boat.

Because for the Bhakts, even if the economy is crashing and people are dying, for them, sab changa si.