The #MeToo movement shed a bright light on the continuous and long ongoing sexual harassment that women and some men have had to face in almost every industry whether working or non-working.

Of course, the celebrity and film industry got the most media attention since that gave us common people something to gossip over and media sites something to get views from.

But the movement exposed not just movie stars but practically every industry out there, whether it be the corporate world, academia, media, and even the legal sector.

In 2019 the International Bar Association released a survey that basically found sexual harassment and bullying to be extremely common in the industry.

The survey had 6,980 attorneys from 135 countries giving their responses and in the area of sexual harassment almost every one in three female attorneys admitted to having experienced it in their working environment.

Kieran Pender, the report’s author and an adviser for the IBA commented on the report, saying, “I hope the report will be a wake-up call for the profession. It’s long been suspected by many people in the profession that bullying and harassment were widespread.”

It was also found that around three-quarters of these sexual harassment cases are never reported.

The Indian legal industry for that matter is not all that innocent if reports are to be taken into account.

Just this year in January, the Delhi High Court upheld their judgement of dismissing an officer of Delhi Higher Judicial Services (DHJS).

The officer had been fired from his position after a female colleague had filed complaints of sexual harassment at workplace against him at the District Court, Dwarka.

There were even some serious sexual harassment allegations raised against the former Chief Justice of India Ranjan Gogoi in 2019 by a former employee at the Supreme Court.

Although the SC had closed the suo motu case that was started after these claims were made, it does shine a light on the rampant sexual harassment in the industry.

Recently, Pragya Jain posted on their LinkedIn page, talking about inappropriate messages they were sent by an advocate. 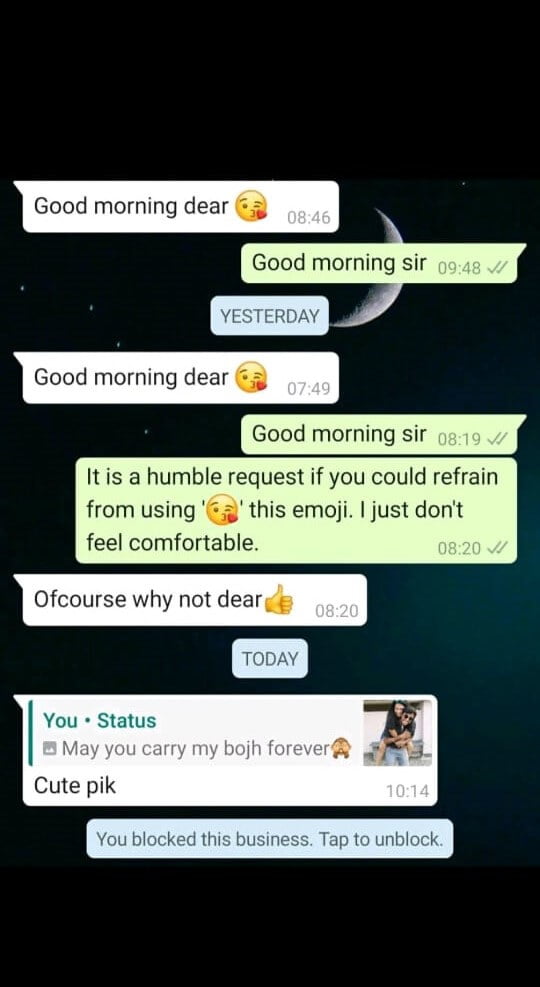 This led to various women and girls coming forward with their own screenshots, looking to start a dialogue about how the Indian legal industry is running right now and the problems within it. 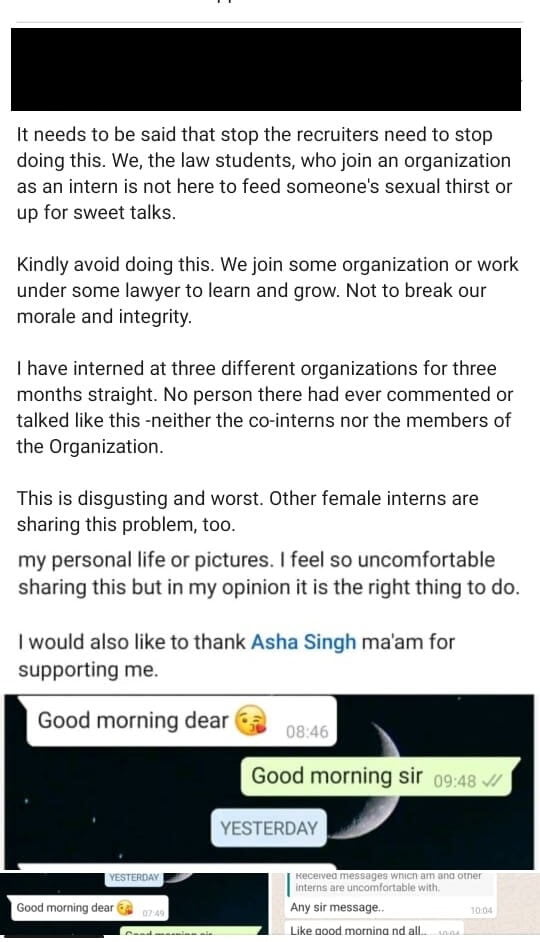 Aparajita Singh also posted about it, but it seems that the original post was deleted. However, she did not let it deter her and decided to post it again. 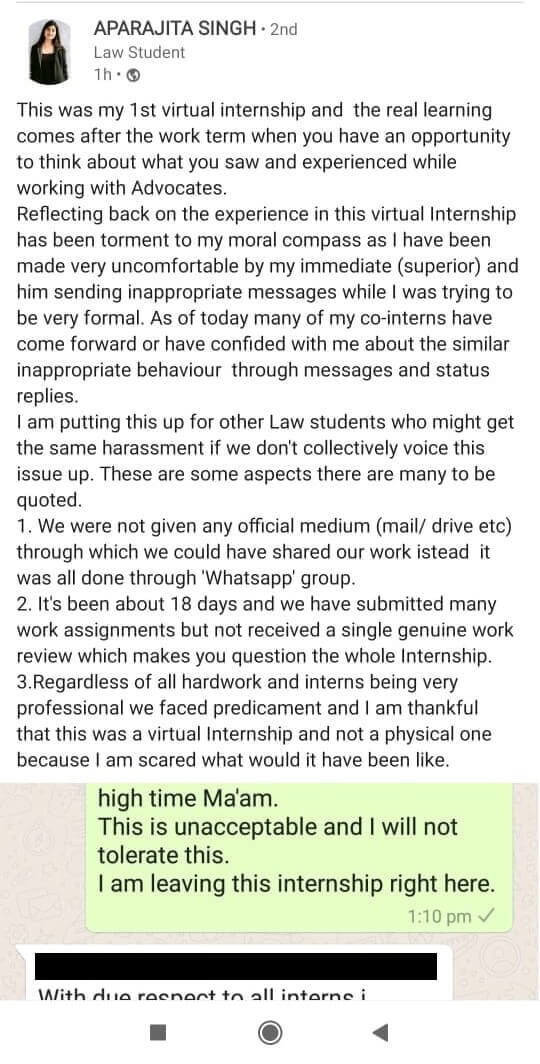 Many of them posted screenshots of the chats: 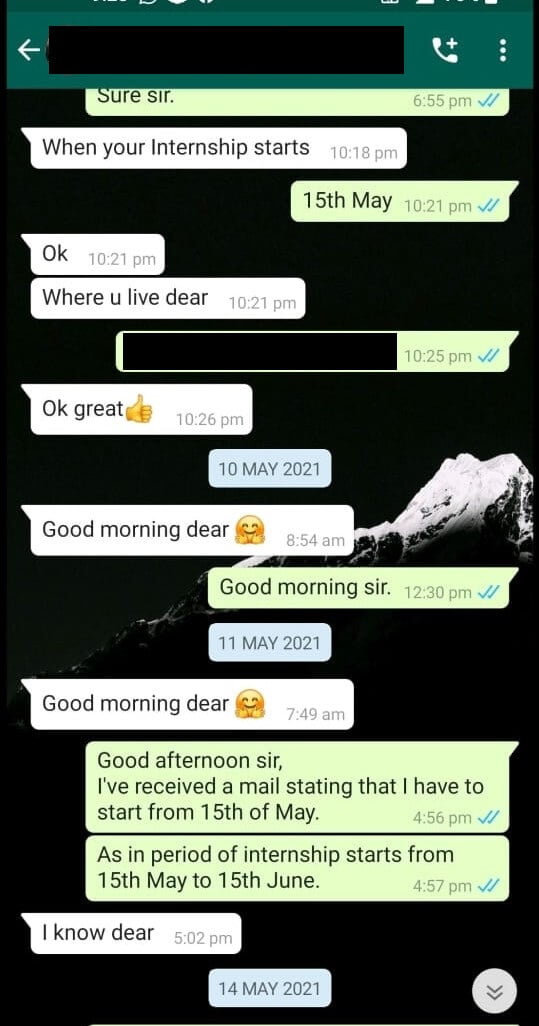 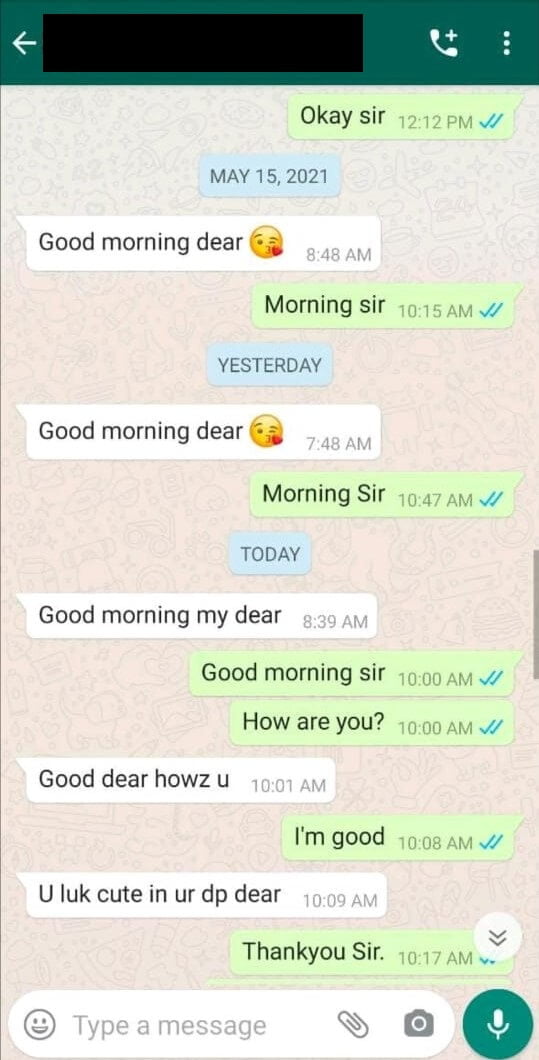 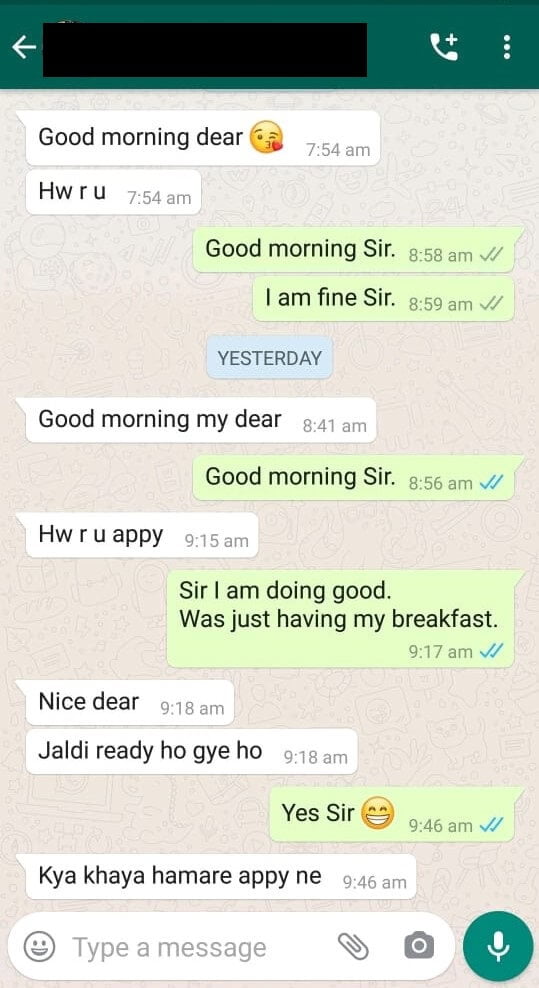 Several others also shared their thoughts and personal experiences. 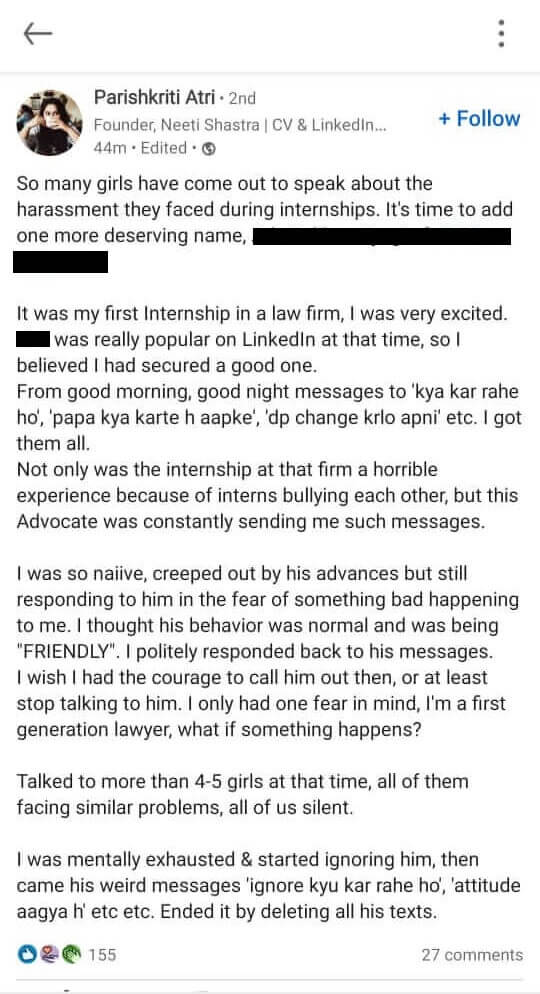 Apparently, the advocate in question was revealed to have put in his resignation once all these screenshots were made public. 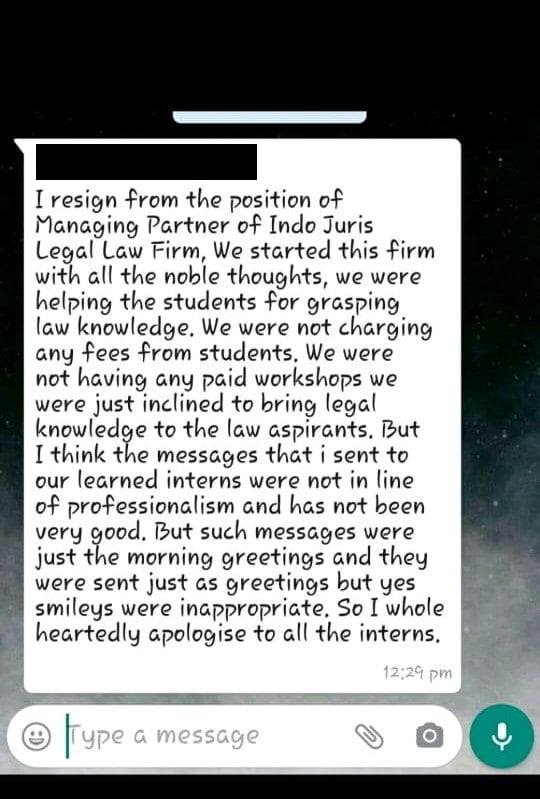 In 2013 the Sexual Harassment of Women at Workplace (Prevention, Prohibition and Redressal) Act was passed that looked at protecting women in the professional workplace.

The statute was formed from the earlier Vishaka Guidelines for Prevention Of Sexual Harassment (POSH) and replaced the guidelines. However, unfortunately, there is extreme unawareness of this act till yet.

As per a report by the International Labour Organization, it was found that not a lot of Indian employers were following the statute and in fact, many had not even put the Act into effect despite it being mandatory for any office with more than 10 employees to have it in place.

Another 2015 report by FICCI-EY revealed that around 36% of Indian companies and 25% of the MNCs operating in India are not complying with the Act.

It was also found that 40% of these companies that not adequately trained their ICC members, with Indian companies standing at a poor 47% and MNCs at 34%. Over 30% of the MNCs and Indian companies were found to not even be aware of the penal consequences of not implementing the Act.

The corporate sector can still be excused away for a second, but such kind of unawareness does not look good for the legal sector, which is vested with the trust to protect the rights of the general public.

After the 2019 report by IBA came out many people from the legal industry expressed concern and said that the sector needed to straighten itself out before anything.

Julia Gillard, former Australian prime minister and current chair for the Global Institute for Women’s Leadership at King’s College London said “Around the world, it will be lawyers who are at the forefront of cases that test the efficacy of current laws. The legal profession can only step up to this role with integrity if it makes sure its own house is in order.”

Christina Blacklaws, president of the Law Society, that represents attorneys in England and Wales said “As a profession which strives to uphold justice, the legal sector needs to be at the forefront of the fight against bullying and sexual harassment in the workplace.”

It does make one question exactly what all is going on around us without being called out and how far we still have to go in order to get a clean and professional working environment.