HomeEntertainmentKuch Kuch Hota Hai: We Love The Seriously Questionable Acts In The...
EntertainmentMovies

The 90s was the decade that was full of movies and series that became cults. Be it the F.R.I.E.N.D.S TV series, or the start of Stuart Little.

It is a Friday (hurrah), so why not stay back in the evening and relive some of the Indian 90’s movie cults? You know you miss it. So, today, we’re going to go back to a movie in which the best lover that India has, was at that time, the college stud – Shah Rukh Khan.

ANJALI IS MY DAUGHTER AND LOVER

As much as Kuch Kuch Hota is everybody’s favourite rom-com of all times, it contains some dialogues and acts that are seriously questionable.

Say for example: naming your daughter after your best friend and almost-lover during college days, with whom you actually reunite after your wife dies.

In fact, eight years after his wife dies, it’s Rahul’s daughter who invests an inappropriate amount of emotional energy into her father’s love life – to help him reunite to his lost college love, Anjali. 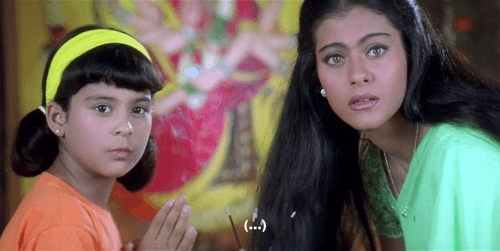 And, that’s the main plot of the story. Well, nice movie.

The depiction of college is quite accurate, I must say. A college is a place where everybody is randomly dancing around in the fields. All the teachers are seriously concerned about the fact that their syllabus isn’t over yet that Rahul and Anjali had a fight. The principal’s daughter (Tina) quit studying at Oxford, London and has come back to St. Xavier’s College, India for her last year in college. Everything makes complete sense.

ALSO READ: QuoraED: What Was It Like To Grow Up In India In The 90’s?

The movie ‘Kuch Kuch Hota Hai’ stars a completely confused Rahul who believes that pyaar dosti hai (this is what he answers when a teacher asks in the class, “what is love?” Since then, I am waiting for a teacher to ask this in my class).

He then also ends up marrying Tina (the new girl in college) instead of Anjali (his best friend). After the death of Tina, he also says that love can only happen once in a lifetime and that it’s done for him. But then he also starts loving Big Anjali and as soon as he sees that her unibrows are no more, he gets married to her.

It all starts with Tina (who surprisingly drops Oxford for St. Xavier’s College) encountering Rahul.

Rahul cannot stay without his daughter even for a day, so he comes to Shimla where he not only finds his Little Anjali but also encounters Big Anjali (who now has succumbed to all the norms laid by the society on women, and is thus susheel-sanskaari) 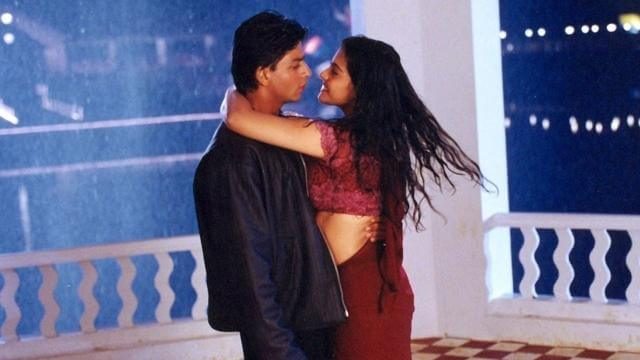 After a 3-minute song in which Big Anjali and Rahul fall in love, Big Anjali runs to the forest as she suddenly realises that she is already engaged to someone else. When she confesses her love (for Rahul) to a tree, she encounters Aman (her fiancé) who is casually in the middle of a forest, right behind Anjali.

HOW TO GET OUT OF BRO-ZONE

Well, there’s at least something good that comes out of watching this movie- Anjali (Rahul’s second wife) teaches you how to get out of bro zone. It’s quite simple, bros. 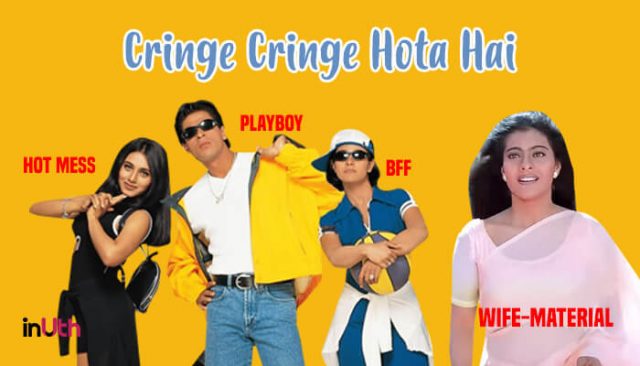 See? It’s as simple as that. That’s how you become wife-material. Go get the love of your life now, gals. Bub-bye, then.