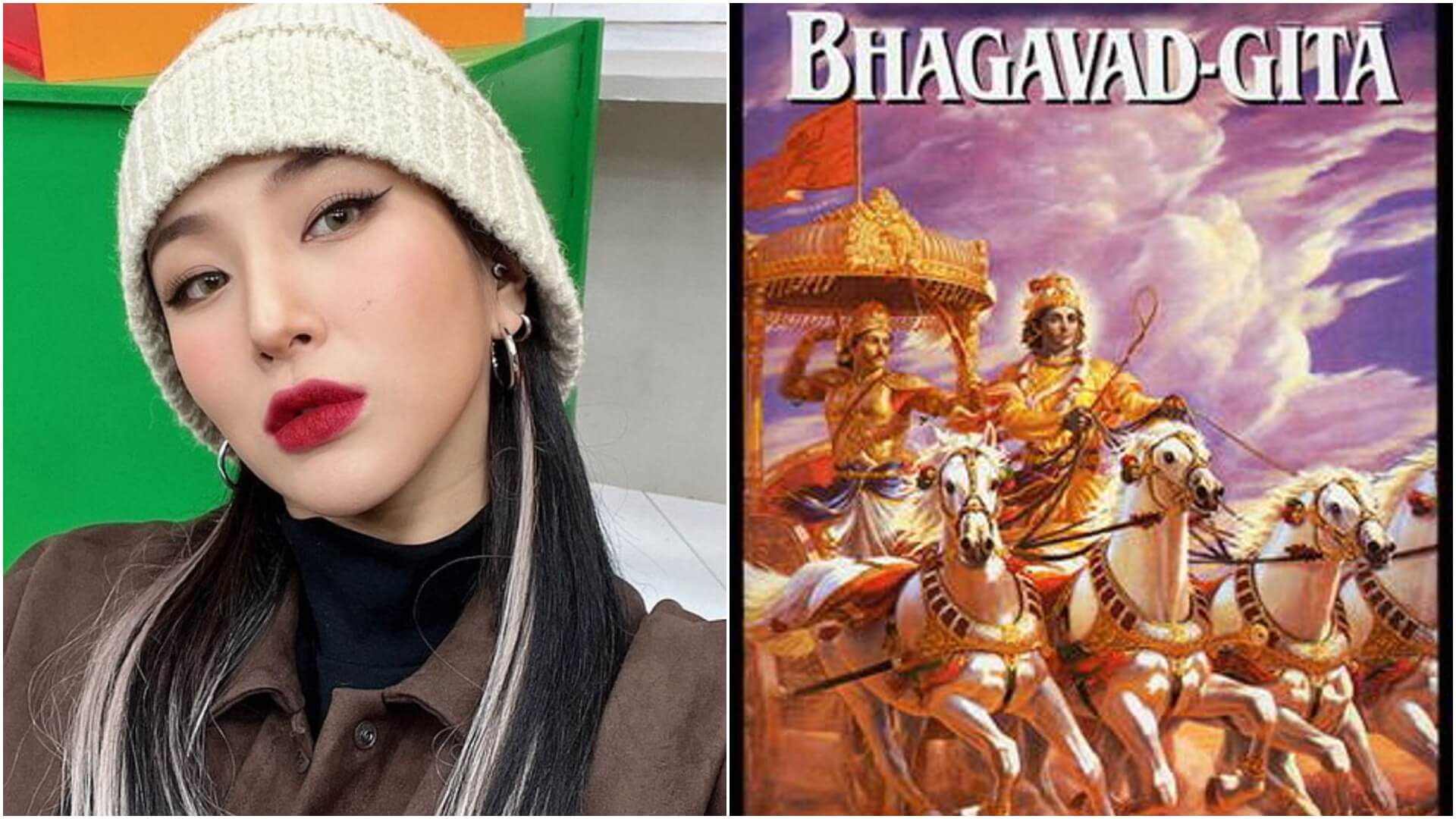 K-pop has at this point, often been called out for appropriating several different cultures, religions, races and more. Not that it is one of the first, the western music industry and practically every other form of entertainment has been called out for doing so.

However, given the immense fan following K-pop enjoys and how it is getting even bigger these days, it is a little concerning that even some of the biggest agencies of it are still not aware of what is and isn’t appropriate to add into their songs and music videos (MVs).

The latest one under the scanner is K-pop artist Giant Pink whose song ‘PINK’ is being called out for using lines from the Bhagavad Gita.

The song ‘PINK’ by Giant Pink although released last year on 29th December 2021 is recently getting attention again after some Indians noticed how some lines from the Bhagavad Gita have been used in a portion of the song.

The K-pop rapper who rose to fame post her win on the South Korean hip-hop competition Unpretty Rapstar 3 is being called out for using lines from the sacred Hindu scripture for just ‘aesthetic purposes’. Now Indian netizens are calling out that Giant Pink and her agency SM Entertainment release an apology for doing so and take appropriate action immediately.

One of the lines heard in the clip circulating around is “Aur Shri Krishna se lagatar Arjun salah kiya karta tha, yadi Duryodhan ko Shri Krishna…” which translates loosely to how Arjun would frequently take advice from Shri Krishna and ends mid-sentence on how if Duryodhan to Shri Krishna.

Desis and Hindus were incredibly incensed about the usage of the line especially given how significant and revered the Bhagavad Gita is in the community.

Several took to social media asking how this was even approved, how this is a constant thing to be seen in K-pop where Indian or Hindu culture is often appropriated or used just as some aesthetic or even worse in certain instances like a joke.

tf would you use lines from The Bhagwad gita in a song???with no context?? as an aesthetic?? and it's SM again. i am not even surprised atp but the disrespect?? pic.twitter.com/EBVjghlPwq

A big complaint by people regarding the usage of the line in the song was how it was not relevant in any way to the song or the main lyrics. Many felt that it was just used as an aesthetic since it would sound ‘exotic’ and thus give an international feel to the song.

What do you think? Is all this backlash warranted over the usage of the line? Let us know in the comments below.

ED Originals Sumedha Mukherjee - June 30, 2022
If adrenaline is overflowing in your veins, and you are eager for a challenging scary adventure, a few places in India are perfectly suited...