“Age is not a barrier to learning”.

Jharkhand’s Minister of Education truly abides by this statement. Mr. Jagarnath Mahato, the education minister of Jharkhand, has made headlines owing to his decision to pursue intermediate studies, at the age of 53.

On August 10, Mr. Mahto announced his decision to take admission in Class XI, as a regular student. He took admission at Devi Mahto Inter College, Nawadih, which is a government-affiliated inter-college, located in Bokaro district.

Mr. Mahto completed his matric (tenth) education in 1995, at the age of 28. He did not pursue further studies after that due to the financial condition of his family and his active participation in the Jharkhand movement.

Mr. Jagarnath opened up about the criticisms he has been facing ever since he took oath as an Education Minister. He informed that his colleagues, as well as the general public, looked down upon him due to his educational qualifications.

They questioned his capability of handling the education department of Jharkhand. Mr. Mahato believes that the best reply to such criticisms would be his intermediate degree itself.

Regarding his studies, he mentioned that he wants to pursue his further education in arts and study Political Science for sure.

Not only this, but Mr. Mahato also informed the media that he has approved the opening of 4, 416 “model” schools in Jharkhand. He ensured that all modern facilities will be provided at these schools so that children from poor financial backgrounds do not suffer.

Read Also: How A Street Kid’s Love For Learning Started An Educational Initiative In Bihar?

People spunked to Twitter after his decision became public. There are mixed reactions on social media platforms regarding this issue. 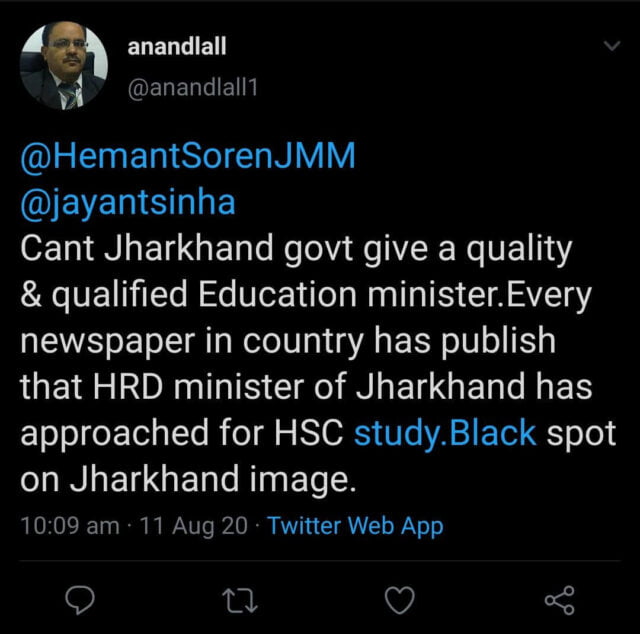 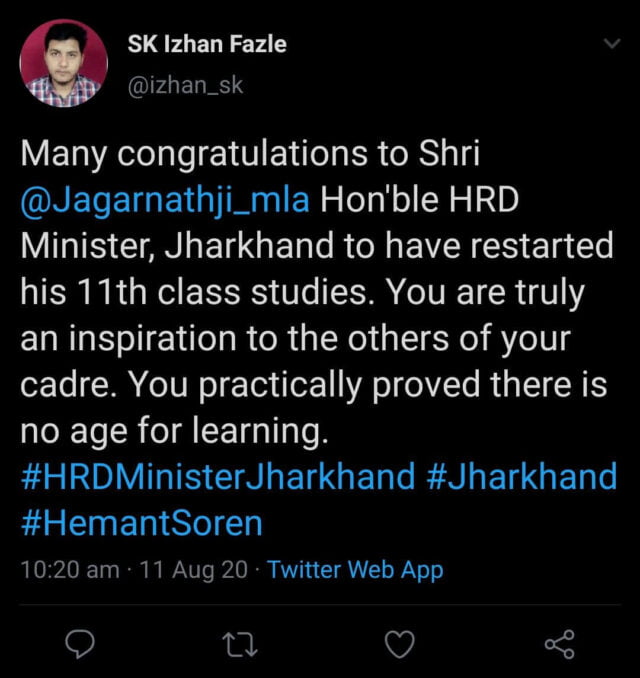 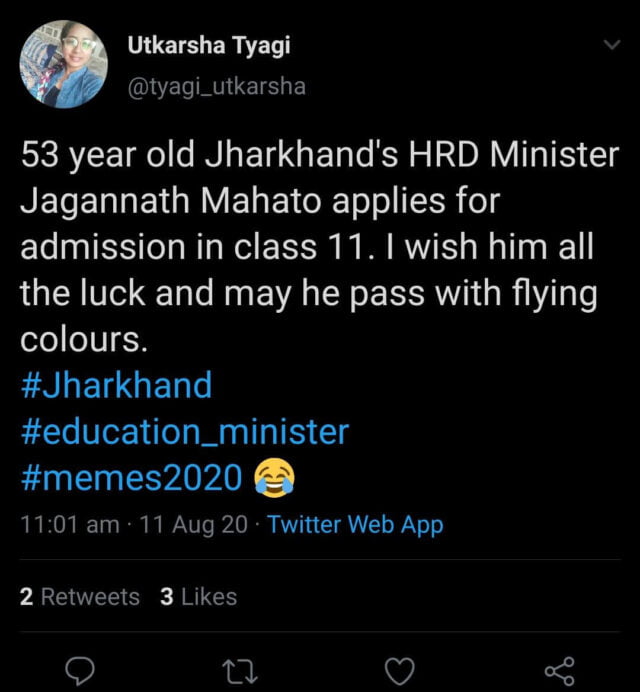 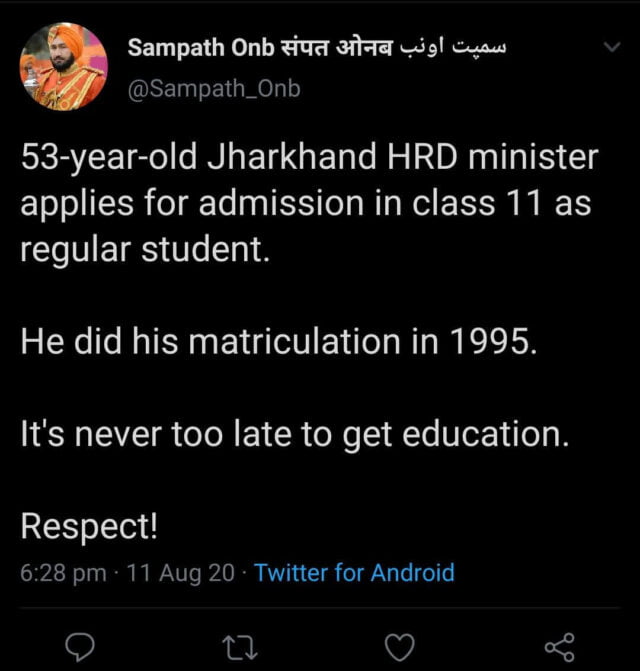 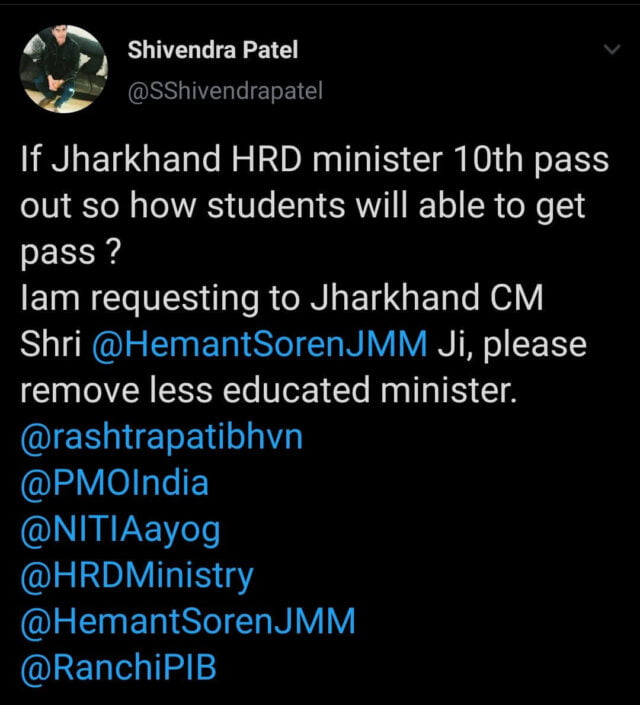 The minister has truly set an example for everyone. He has proved “Where there is a will, there is a way”.