The Taliban, an Islamist military organization, has taken control over Afghanistan following the withdrawal of US led forces from the country, ending the 20-year long war after the 9/11 attacks.

As the Taliban took over, the present President of Afghanistan Ashraf Ghani fled the country on 15th August 2021 to avoid bloodshed.

Afghani President Ashraf Ghani, who fled Afghanistan amidst the Taliban crisis has now settled in the United Arab Emirates, according to latest media reports. 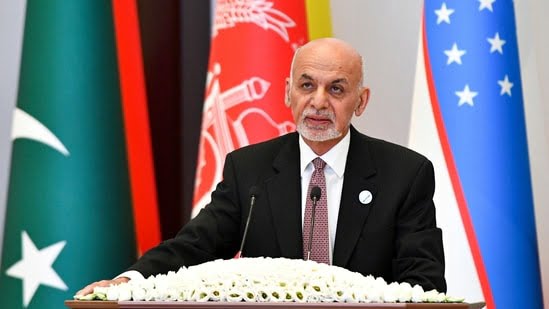 According to Reuters, he left the capital Kabul with four cars and a helicopter full of cash.

“Four cars were full of money, they tried to stuff another part of the money into a helicopter, but not all of it fit. And some of the money was left lying on the tarmac”, Nikita Ishchenko, a spokesman for the Russian embassy in Kabul told the Russian news agency RIA.

Ischenko cited ‘witnesses’ as the source of his information.

Read More: Why Is the UN Acting Like A Mute Spectator Amidst The Afghanistan Human Crisis?

Afghani President Ashraf Ghani has been criticised for his decision to flee the country by his cabinet ministers and key people involved in administration.

“They tied our hands behind our backs and sold off the country,” Bismillah Mohammadi, Afghanistan’s acting defense minister said after Ghani fled. He denounced Ghani by tweeting “Damn to Ghani and his team.”

He has even urged Interpol to detain Ashraf Ghani for embezzlement and treason in his recent tweet. “Those trading and selling out their motherland should be punished and arrested,” Mohammadi wrote on Twitter, adding hashtag #InterpolArrestGhani.

However, Ghani has denied these allegations regarding taking a huge sum of money along with him and said that he arrived empty handed in UAE.

“I was moved out of Afghanistan in such a way that I didn’t even have the chance to take off my sandals and wear my shoes instead,” he said.

The head of Afghanistan’s Central Bank Ajmal Ahmady who also fled Kabul has blamed the Afghan government and security forces for the swift and chaotic fall of Afghanistan to Taliban.

In a Twitter thread, he said “On Sunday I began work. Reports throughout morning were increasingly worrisome. I left the bank and left deputies in charge. Felt terrible about leaving staff.” 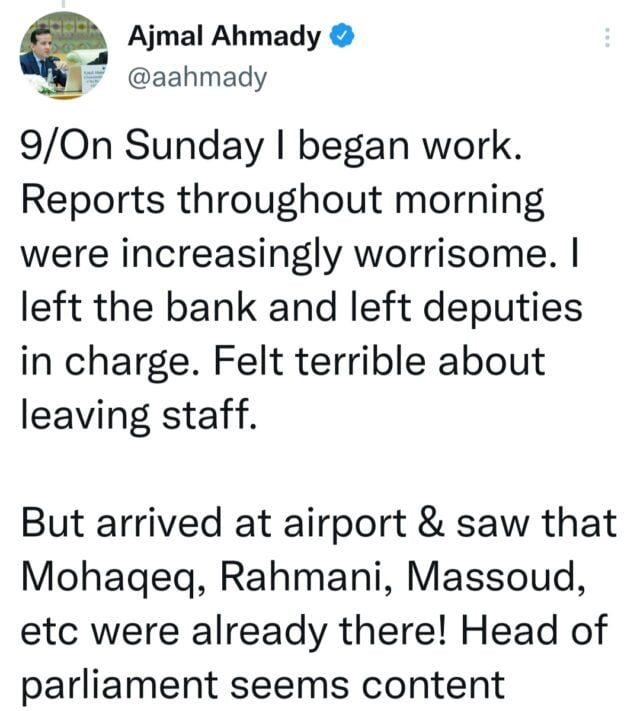 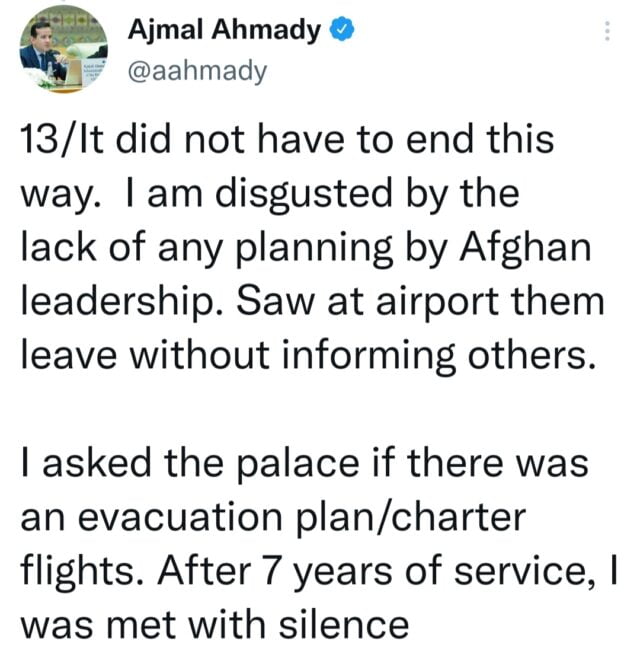 “It did not have to end this way. I am disgusted by the lack of any planning by Afghan leadership. Saw at airport them leave without informing others”, Ahmady tweeted.

I Will Not Flee!

On August 4, when Taliban forces had arrived in Afghanistan, President Ashraf Ghani had proclaimed “I will not flee!” and raised his voice to say that “I won’t seek safe haven and I will be at the service of people.”

But as the Taliban advanced, Ghani appeared increasingly isolated. He called for the defense ministry to set up telephone helplines for citizens to call, hours before fleeing the country.

Causes Of Ghani’s Failure In Shielding Afghanistan Against Taliban Forces

Many researchers and diplomats have underlined the faulty measures taken by President Ashraf Ghani in order to protect Afghanistan from Taliban forces.

They have blamed the Afghan government for the lack of proper planning and accountability.

According to Kabir Taneja, author of ‘The ISIS Peril: The World’s Most Feared Terror Group and its Shadow on South Asia’ and a fellow at Observer Research Foundation in New Delhi, “Ghani was not accommodating of the realities of how Afghanistan works.”

“Ghani pretended to be for peace, but in reality he was in favor of war in order to remain in power even if it cost lives and pushed the Taliban to revert back to a military option,” said Omar Samad, former Afghan ambassador to Europe and fellow at Atlantic Council.

Thus, all these instances signal toward the failure of the Afghan government in making Afghanistan free from the terror of the Taliban.