Home Politics Is It Controversial To Add Namaz Rooms In The Legislative Assembly And... 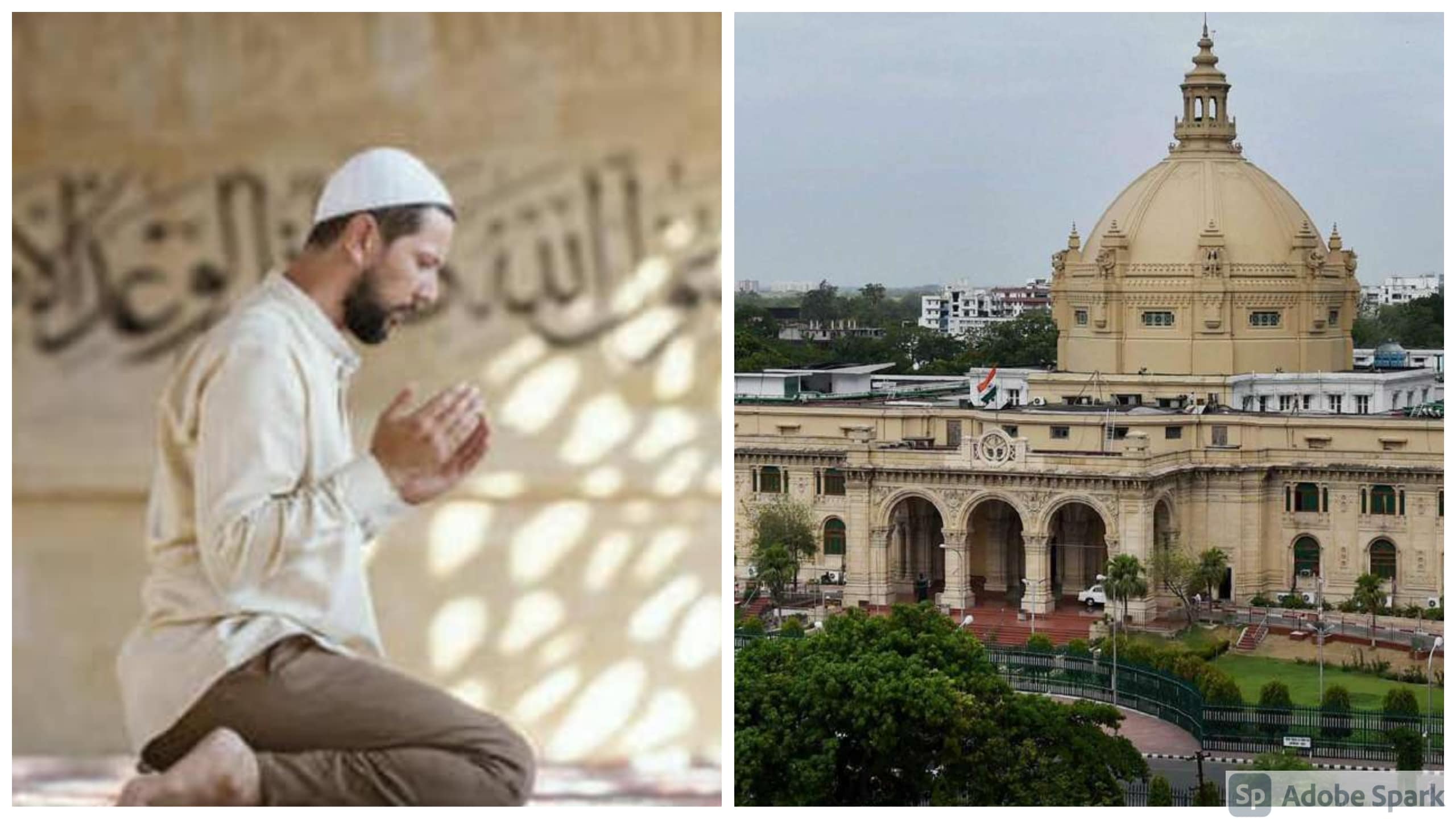 Politics is possibly the only sport where a group can play the game without making a single muscle move, apart from their brains. Unfortunately, politics was never meant to be a sport of tables and chairs, or the act of politicking never meant to be limited by the walls of a room. However, the moment when politics interpolates with religion, that is when the trouble rears its head.

With the Jharkhand Legislative Assembly giving the green light for a separate Namaz room for the concerned Muslim delegates, it is fair to state that religion has effectively entered the premises of diplomacy.

With the UP legislation still pending concerning building a separate Namaz room on the same pretext as Jharkhand’s, it is fair now to look into the divide that should exist between politics and religion, for communalism is but a whisker away.

What Happened In The Jharkhand Namaz Rooms Discourse?

In the past week, the entirety of Indian politics bore witness to upheavals in numerous shapes and forms. The fact that politics could co-exist in such overwhelming manners with the chaotic world of religion can only be perceived in a country as diverse as India’s.

However, with religion walking the talk of politics, the opiate of the masses begins to show withdrawal symptoms in the country’s entire demographic.

The entire discourse began with the allocation of a separate Namaz room in the Jharkhand Legislative Assembly on Monday. It led to widespread chaos and turmoil within the premises of the Assembly, as ministers from the Bharatiya Janata Party came in all guns blazing and blaming the Jharkhand government of appeasement.

The BJP ministers cried foul over the adjudication of the Namaz room inside the premises. However, the ruling parties, Indian National Congress and Jharkhand Mukti Morcha, were in support of the initiative undertaken by the government and the Assembly.

The BJP members, on the contrary, had huddled up together and tried to shut the entire proceeding out by initiating a protest on the staircases leading into the Legislative Assembly.

The saffron ministers had concocted a motley crew as they protested outside the House with traditional musical instruments such as the jhal and manjeera. To further accentuate the protest, they went forward with sitting on the staircase leading into the House.

Armed with placards, the protesting ministers chanted the Hanuman Chalisa and ‘Hare Ram’ over and again. Their demand? Provide them with a Hanuman Temple or any other God’s temple so as to balance the scales between the Hindus and the Muslims.

Through the entire cavalcade of chaos, Chief Minister Hemant Soren accused the BJP of fuelling the flames of differences, religious or otherwise. As the BJP members opposed the decision, Soren stated his disdain for his Opposition party. BJP, as he said;

“The opposition action in the House is unfortunate. They [Opposition] had come prepared to obstruct the House proceedings. This kind of mentality is a barrier to the state’s development.”

What Happened In The Uttar Pradesh Legislative Assembly?

This led to a similar scenario of the BJP members raising ginormous hues and cries concerning the communal angle of the scenario. It was further stated that the request made by the SP member was made in the fashion to appease the religious minority in Uttar Pradesh and India.

Solanki had astute reasoning for wanting a separate Namaz room. He stated that it would save a lot of time for the Muslim dignitaries, and they would not have to choose between performing Namaz and being there inside the Assembly during Question Hour. He stated;

“I am an MLA for the past 15 years. Many times when Assembly proceedings are going on, we Muslim MLAs have to leave the Assembly to offer namaz. If there is a small prayer room in the Assembly we won’t have to leave proceedings. On many occasions if you have a question in the pipeline and it is the time for ‘azaan’ (prayer call), you can either ask the question or offer namaz.”

Furthermore, when saying this, he also gave the example of airports that have separate Namaz rooms so as to help Muslim travellers save time and not worry about missing out on their prayers.

However, Solanki did confirm to the press that he had not sent a formal written request to have a separate Namaz room allotted to the speaker. As of now, the request exists only verbally.

No matter the state of the request, the Deputy Chief Minister of Uttar Pradesh, Keshav Prasad Maurya, was explicit in his absolute disdain for the request. He elaborated on the request being a ploy by the SP to appease the Muslim minority and they did not have the goodwill of the masses in mind.

The inclusion of a Namaz room would lead to the tipping of the balance between religion and politics, as stated by the BJP spokesperson. Maurya stated;

“Such demands have no justification, be it a state Assembly, Parliament or any other government office. There should be no separate facility for offering namaz. If such an arrangement is made, it cannot be considered right. The SP leaders are raising the issue as part of their appeasement politics and such things should not be considered because neither the state nor people will gain anything out of it.”

Thus, with the entire discourse being provided with a platform of national importance, it must be noted that no matter the situation, it is of absolute importance to have religion not intrude into the sphere of diplomacy. However, with India, the entire scenario shifts a tad as religion and politics complement each other.

The Samajwadi Party’s request for a separate Namaz room is a fair ask for the five o’clock prayers do put the Muslim dignitaries in an awry position that demands them to either miss out on their prayers or the House proceedings.

The inclusion of a separate prayer hall would, in absolute certainty, enable them to attend the proceedings and not miss out on their Namaz time as well.

The BJP’s qualms are equally fair as religion should always be kept outside the four walls of the State Assembly, however, if religion and politics have to fornicate out of compulsion, there’s not much anyone can do.

The fact of the matter is that anyone can cry foul over the supposed interpolation of religion and politics but if the saffron party chooses to do it then the irony becomes a tad too obvious to be funny.