When many religions co-exist in a secular country, it is an unwritten rule that they would respect each others’ faiths and boundaries. In India, the religions in majority are Hinduism and Islam, and their coexistence is the key to maintaining peace in the country.

However, problems arise when one of them does something to hurt the religious sentiments of the other group, intentionally or unintentionally.

There is anyway an environment of intolerance, extremism, and increased polarization that’s harming the very essence of democracy. So, in such a volatile environment when one thing goes wrong, then it can have negative implications.

The Times Of India Blunder

This is what happened recently when a 3-year-old article published in the national daily, Times of India was unearthed. The article, written by a reporter belonging to the Muslim community, was titled “Maharashtra “Godman” Forces Men Into Unnatural Sex”.

The thumbnail showed the picture of a Saadhu, indicating that the Godman followed Hinduism.

But, the Godman was actually a Muslim named Asif Noori. So, if the person in question belonged to some other religion, then why drag anything related to Hinduism in it?

A displeased reader called them to clarify the matter and the call recording has gone viral on Twitter.

The respondent from Times of India said that it was a mistake, to which the caller asked him to show an example where the mistake of using a Maulana‘s picture on an accused from the Hindu religion was committed.

A national news outlet mixing up 2 different religions in a controversial post is not an issue one can easily let slide. Visuals have a strong impact on people. More so when the image is used as the cover picture of the article.

Many people don’t really open the article, but just go through the title to get a broad idea of what the article is about. Now, anyone who won’t open the article would assume that the Godman in question here is a Hindu, which promotes the idea that Hindu Godmen are fraud and commit illegal acts.

This mix-up was not taken well by netizens who started the trend #ShameOnTOI. 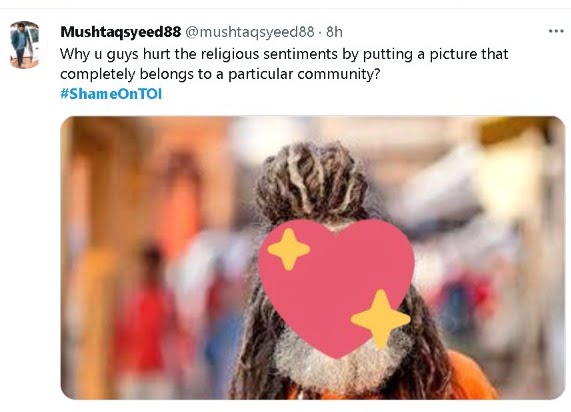 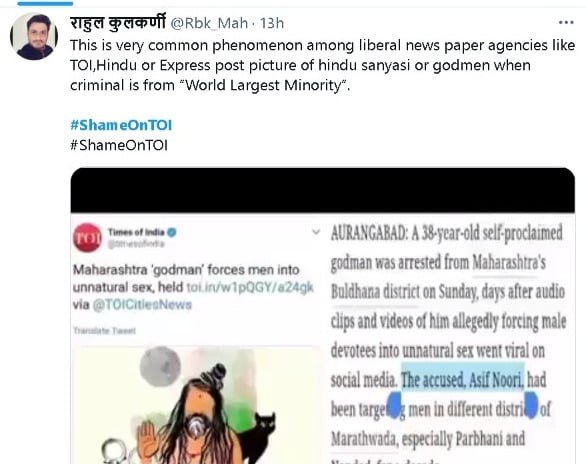 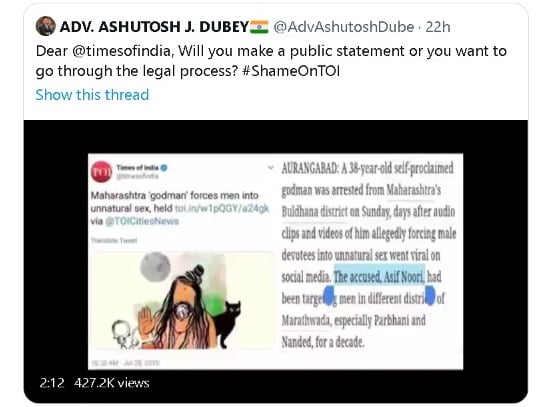 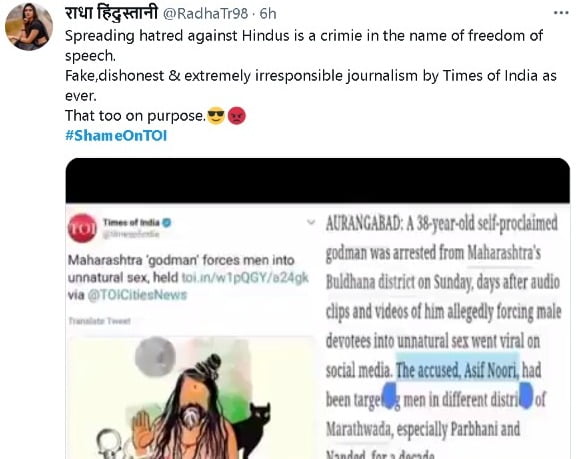 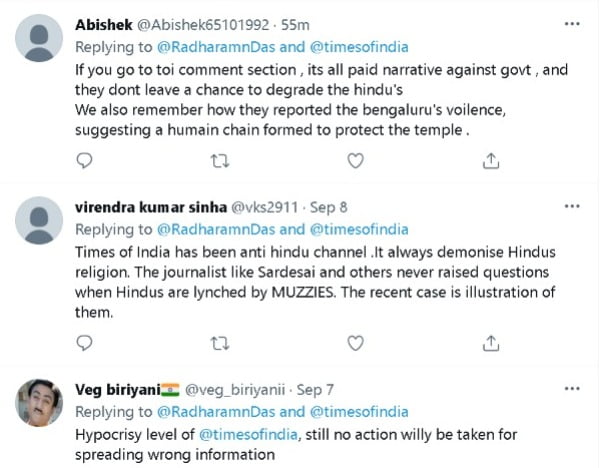 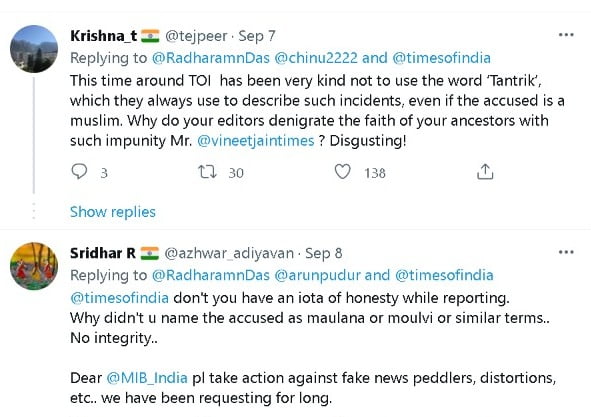 Journalists and news outlets should be held accountable for such blunders that have the capacity to harm the communal peace of the country.