Social media is a complicated place. It was introduced to bring people closer, but we hardly see that happening anymore. Every other day, a controversy breaks out on online platforms, often insensitive, brash, and rude.

There’s been a new addition to the list of major social media controversies, and this time it is worse than ever. It has all the worst possible elements that one can imagine – misogyny, necrophilia, and religion.

What Is The Latest Controversy All About? 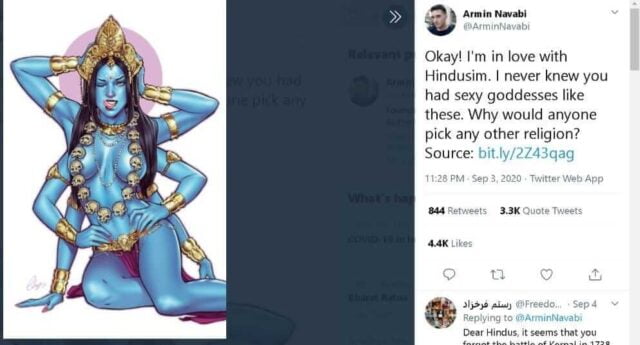 No wonder this blasphemous tweet did not go down well with people online. An online war broke out, and it was stretched way too far by a guy named Ronak Aggarwal.

Ronak posted an image in which the family members or close friends were mourning the demise of Armin’s mother. His mother’s body was surrounded by four men and Ronak, shamelessly, captioned it “Grouping up for a Gang Bang”. 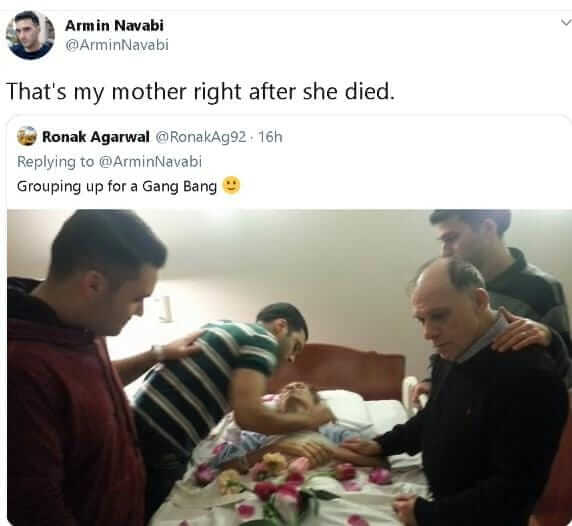 It was in response to Armin’s inappropriate depiction of Goddess Kali. Armin insulted Kali, who is equivalent to a mother in Hinduism, and in return, Ronak insulted his actual mother.

Many raised their voices against this derogatory way of getting back at someone. Most people, however, came out in support of Ronak and targetted Armin for his lack of respect. “Enjoying the taste of your own medicine?”, exclaimed a few. 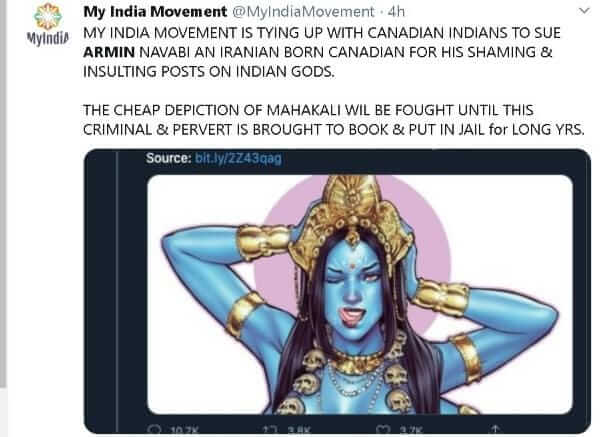 An official complaint has been lodged against Armin by Vishwa Hindu Parishad spokesperson Vinod Bansal with the Delhi Police and Mumbai Police.

What Is Wrong Here?

In the beginning, indisputably, Armin was wrong to have directly targeted Hindu sentiments in the name of “atheism”. It is not the first time that we have seen such a thing happen.

In the past, many Indian comedians have done a similar sort of thing. Radhika Vaz, for instance, referred to Karva Chauth as Karva Chooth, which is the Hindi word for vagina. Its usage is considered derogatory.

Urooj Ashfaq, who identifies herself as an atheist, once suggested beef be cooked in a Hindu ritual, very well aware that consumption of beef is considered a sin in Hinduism.

Hence, insulting a particular deity, regardless of religion, in the name of “atheism”, although normalized, is definitely wrong. Needless to say, Armin was bound to receive backlash. But this does not justify Ronak’s comment.

Ronak’s comment was more an insult to a dead woman than to Armin. There are many ways of teaching someone a lesson, but this is certainly not one. It reflects a lack of respect, insensitivity, and necrophilia (getting sexually attracted to dead bodies).

But a bigger problem here, which many of us looked past, is deep-rooted misogyny.

How This Issue Reflects Misogyny

Amidst this turf, no one noticed how both the men have objectified women. One called an Indian Goddess “sexy” – a lewd remark based on her appearance in the picture. Another one sexualized a dead mother by showing her as a part of “Gang Bang”.

Others joined in, took their respective sides, and carried on the debate, without realizing how they are putting two women in a negative light. The way Armin sexually depicted Kali to hurt Hindu sentiments shows his misogynist mentality. The same applies to Ronak and his comment on Armin’s mother.

People are also sharing old images of Armin’s mother and indicating incest between the two. It again puts the dead woman in a negative light unnecessarily, a reflection of how the society is quick to sexualize women.

Social media is indeed complicated. A person can be anyone here and can say anything behind a computer screen, regardless of how insensitive or hurtful it is.

People need to learn to draw a line, else we would, unfortunately, witness more of these dreadful cases.