Home Politics “Infosys Is Anti-National,” Right-Wing Magazine Blacklists The MNC But Why 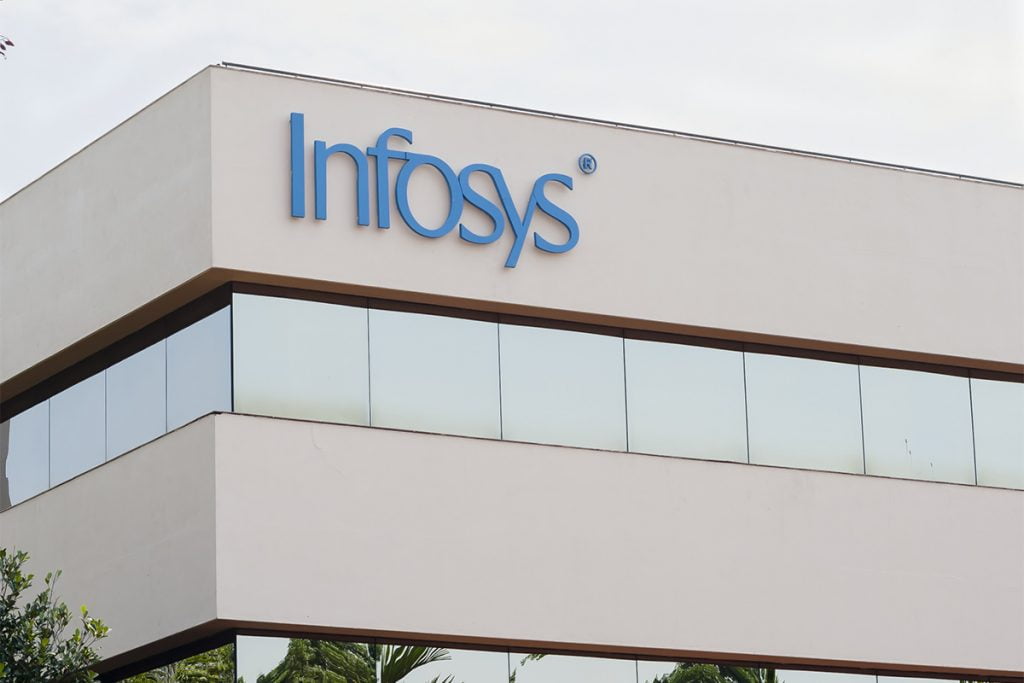 Infosys has been in the news for exceptionally strange reasons for the past couple of days. Having one of the most prolific multinational corporations to come out of India be declared as perfunctorily anti-national is prophesied to create waves and so it did.

Most would think of this happening as a mere marketing strategy to formulate organic reader generation.

However, that argument has another side that seemingly plays into a similar convention. The RSS-backed right-wing journal, Panchjanya, had professed its disdain for Infosys as it declared the organization of being against Indian values and traditions.

Thus, to excavate the reason for the said magazine going all guns blazing against the MNC, we dig a bit deeper into the situational discourse that took place this week.

How Is The RSS Related With Panchjanya, The Right Wing Journal?

Panchjanya, first published in 1947, has since then been the official magazine of the Rashtriya Swayamsevak Sangh (RSS). The RSS is a Hindu right-wing organization that prides itself on being the benefactors of the Hindu majoritarian society, to appropriately enable the common masses to live according to the rules of the Sanatan Dharma.

However, it is mostly derived from the archaic fluff piece called Manusmriti hence, it’s only fair to note that not many educated members of our immediate society follow their idea of social mores and norms. Yet, a quantifiable amount of the masses follow the traditions set about by the conservatives.

It would be heresy to exclaim that the Panchjanya has not made its presence felt through the lengths of our country. Having witnessed the better part of India’s democratic progress through the years, it has always had something to say, be it for better or otherwise.

Having eminent personalities such as Atal Bihari Vajpayee, the former Prime Minister of India, at the helm of the weekly’s functioning, it is fair to state that the alumni list would be twinkling if one were to put it to paper.

As of now, the magazine is curated and edited chiefly by Hitesh Shankar, former editor of Hindi daily, Hindustan Dainik. The magazine, based out of New Delhi, has kept a steady publishing rate of around 50,000 copies as of 2013.

The context of it being Right Wing has been the bother of the magazine, leading to a masquerade of controversies to hound them. The Infosys debacle being the latest addition to the cavalcade.

Also Read: From 250$ Capital To French Open Today, The Story Of Infosys Is Made Of Dreams

What Did They Write Against Infosys?

The magazine in its recent issue illustrated how the multinational corporation had infringed upon the country’s sovereignty by mucking about their tax and GST returns. To insinuate a certain entity’s inability to file by the books tax returns as an anti-national activity, caught the majority of the Indian intelligentsia by surprise.

If one is to put a serious seditious offence on the same bracket as a simple mishandling of the GST site, it only lessens the potential impact of the said term.

The four page cover story released by Panchjanya set about questioning Narayana Murthy, founder and owner of Infosys’, ploy to destabilize the Indian economy through the glitches on its GST site.

According to government sources, the Finance Ministry had given the MNC until September 15th to fix the glitches present on its site. The magazine had further alleged that Infosys had, in the past, supported and provided funds to separatist organizations and the peer proclaimed ‘tukde tukde gang.’

However, these claims were made without proof, and mostly based on hearsay and prejudice, as exclaimed in the article itself.

In an interview with The Indian Express, Hitesh Shankar, the editor of Panchjanya, exclaimed;

“The cover story is about a big corporation (Infosys) whose work’s quality is not up to its reputation. This not only hampers the company’s reputation but also causes inconvenience to crores of people…This kind of role and deliveries create dissatisfaction in society.

If Infosys is not involved in socially questionable/propaganda funding, it must come out and state the facts…we are writing about the dissatisfaction that has arisen in the society. The company must clarify whether it is a software company or an instrument to engineer social anger.”

Suffice to say, they are not the biggest fans of the company, however, to state that an MNC of the stature of Infosys that had an annual turnover of $13.65 billion in FY21, a significant proceed went towards the country’s development, as anti-national is fairly heretic, to say the least.

The RSS has distanced itself from the article and has stated that it does not have any part to play in this and they believe that Infosys has made “seminal contribution in the progress of the country.”

Thus, it would only be fair to expect someone to receive an earful from their masters, for subtlety was never the strongest suit of the RW activists.