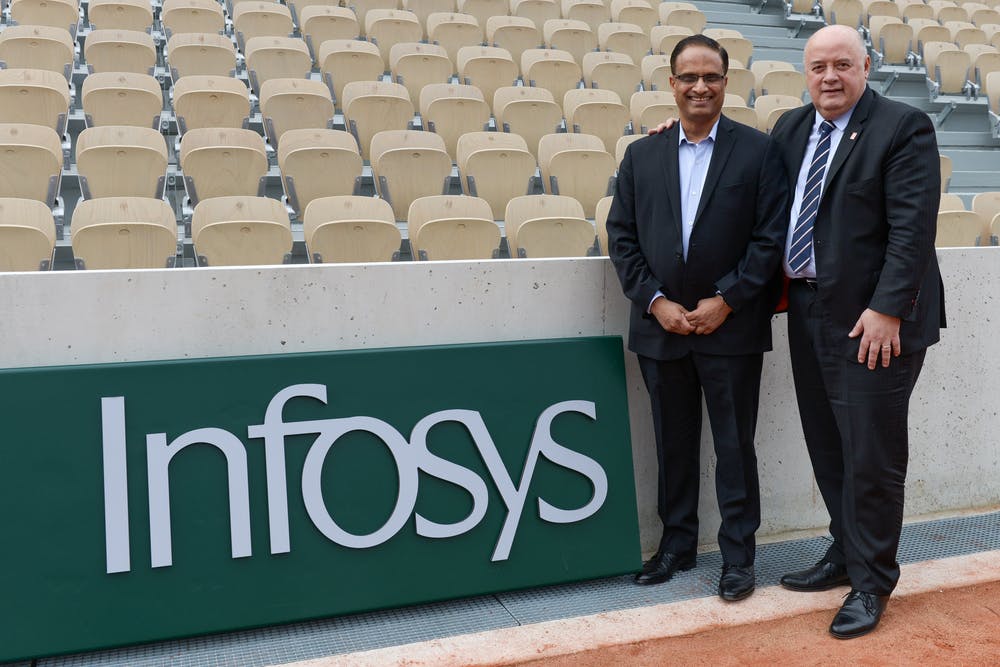 Infosys has been one of the most prolific information technology (IT) firms in the country. However, as they say, Rome was not built in a day and a major multinational brand can certainly never be. The toil was hard and difficult but ultimately worth it.

As Novak Djokovic and Rafael Nadal went toe to toe against each other for hours on end in possibly one of the best Roland Garros tourneys in recent years, the billboard of Infosys winked from the stands.

The world of tennis is governed over by the Association of Tennis Professionals, or the ATP, and Infosys was successful in partnering with the federation in 2020 up until 2023. It’s only fair to recount their glory from a meager $250 capital to being the main partner for tennis tourneys.

How Big Is Infosys?

With a market cap of $71.92 billion on the New York Stock Exchange, it is no surprise to anyone if I state that Infosys is one of the biggest Indian multinational corporations.

All you have to do to understand how big the corporate giant is, you just have to look out of your window. From public buses to bus stops, from enormous billboards to magnificent buildings, Infosys is probably everywhere. 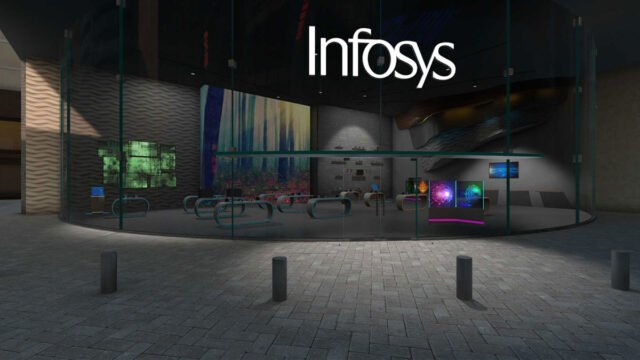 To say that Infosys is an Information Technology MNC, would be a disservice to the magnanimity of the organization. It has spread its reach to the farthest of places and in amazing style.

From the farthest lands of the kangaroos to the heart of Silicon Valley, Infosys’ reach is only heightened through its many subsidiaries. Almost all of its subsidiaries are involved in the IT sector and specialize in computer and AI-oriented programmes.

It is the largest IT multinational to have sprung from India, second only to Tata Consultancy Services, according to 2020’s revenue figures. To project how amazingly meteoric the company’s annual revenue has been, all one needs to do is check Infosys’ rank on Forbes’ Global 2000, where Infosys rests at a cool 602.

However, as most success stories go, Infosys faced quite a few bumps on its way to being the brand it is now, and it is only fair to display its rise from a $250 capital to being the main partner of the ATP.

Starting out as a consultancy firm, the company was initially named Infosys Consultants. The company had been laid on the foundation stones of unyielding strife and a bit of luck, although the latter becomes a bit more prominent the further we move further in the timeline.

The company had been formed with the money Murthy had borrowed from his wife. With a sum of 10,000 INR, or $250, in 1981, and mere passion, they set out to change the world and India, in its entirety. 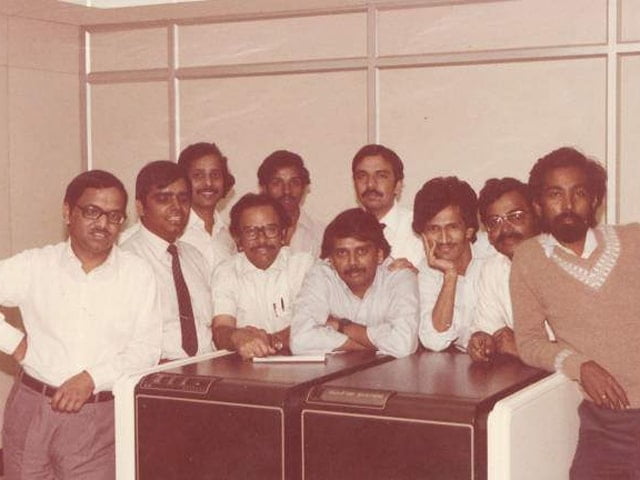 They set up their office in the front room of Murthy’s house and they set out with beckoning a new world for the Indian hinterland. However, what is funny is that the listed address provided to authorities was the residential address of NS Raghavan and coincidentally, Raghavan was also the first employee of Infosys.

Contrary to popular belief, Murthy had joined up as employee number four as he had taken a year off from Infosys to complete his pending tasks at Patni. 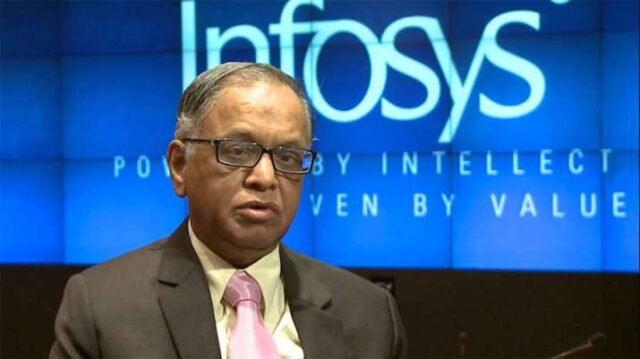 Infosys’ partner firm, KSA, collapsed in 1989, bringing with itself a huge dent in the foundational structure of the nubile organization. The collapse of KSA left the entirety of Infosys’ founding partners shaken, finally leading to the exit of Ashok Arora, one of the founding partners.

This led to Murthy stepping in and revitalizing the entire team with his belief in the organization, which, up until that point, had well and truly been shaken.

These words made Murthy a figure that commands respect and camaraderie. Thus, founding partners, Nilekani, Gopalakrishnan, Shibulal, Dinesh and Raghavan, all decided to stay back and since then the crew had always been the same. The ride succeeding it was a bumpy one, but things were only bound to get better from there.

By 1999, Infosys had become one of the most coveted multinational corporations around the world and it was also India’s only IT firm to have reached such heights.

Infosys had earned annual revenue of $100 million in the same year, making it one of the most successful corporate giants in the Indian and international sphere. 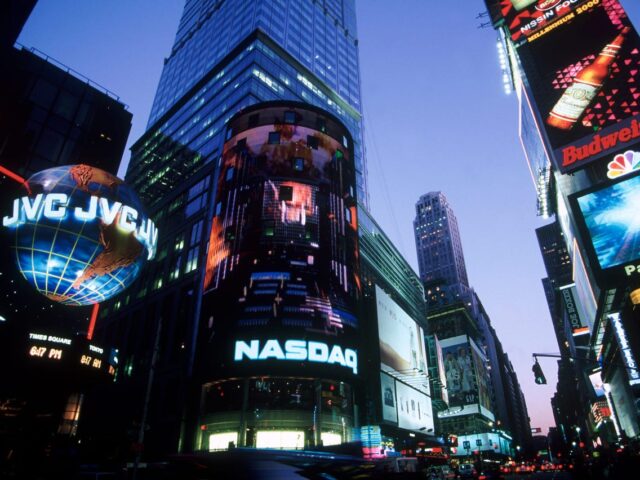 Infosys had also become the first Indian IT company to be listed on NASDAQ stock exchange. At the same time, it was also stated that Infosys was one of the biggest companies on NASDAQ’s list on the pretext of market cap. To put matters into perspective, it was the most expensive share of that time listed at 8100 INR by 1999. 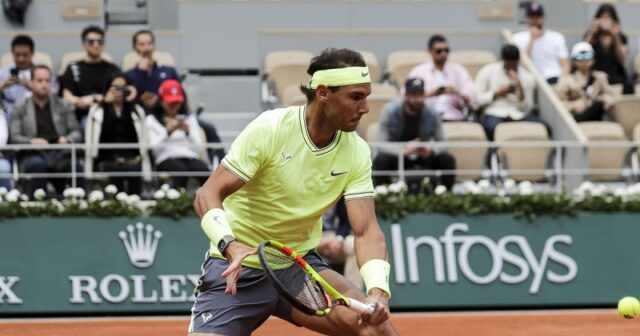 Since then, the path had already been paved for Infosys. The Bangalore giants have grown to an unforeseeable height and they are not willing to stop any time soon. With Infosys successfully striking a deal with the ATP in 2020, they are now to become a household name, in the same breath as a certain Microsoft or Tata.

So, the next time you see Djokovic and Nadal fighting it out on red clay, check the stands out. Maybe, you will see Murthy standing there with a toothy grin, or maybe you will just be proud of an Indian brand finally sponsoring a sport.

How Flipkart, Paytm And Amazon Are A-Rated Startup Institutes On The Side