Home Lifestyle Indira Gandhi’s 1973 Letter To JRD Tata Talking About Perfumes And The... 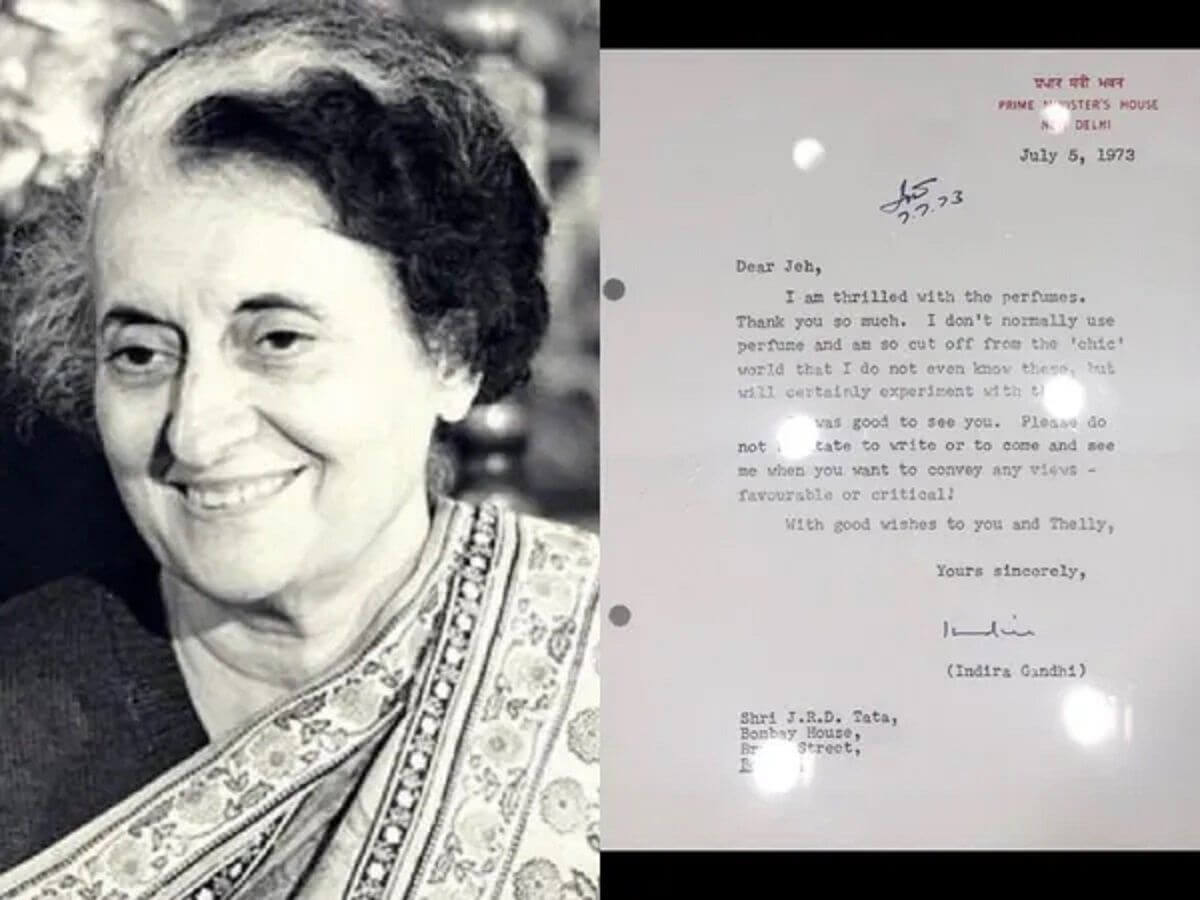 It is always a matter of much interest whenever you find something vintage. Whether it be in real life, maybe while doing some cleaning and coming across old photos, letters and trinkets of your grandparents or older relatives, or it is some snippet of a public personality’s life.

The latter one catches even more eyeballs, especially if it was a very well known person and the item is very old. It always manages to arouse the interest of current generations on how a person was during a time long gone by, what things used to be a topic of conversation during that era, how people spoke etc.

Something similar seemed to happen when a letter from former Prime Minister Indira Gandhi went viral recently. People either looked at the contents of the letter, how a former PM spoke, or even just reminiscing about the era of typewriters and such type of letters.

Apparently, a copy of a letter written by Indira Gandhi to industrialist JRD Tata was posted by Harsh Goenka, the RPG Group Chairman.

Goenka is often known to post such things on his social media that manage to go viral just because of who is posting them.

He posted a shot of the letter, kept pristine in a laminated form on his Twitter profile on 20th July 2021.

Describing the letter as “sheer class” the contents of the actual letter dated July 5, 1973, are nothing really scandalising or shocking really.

It is merely Gandhi writing to Tata, whom she referred to as ‘Jeh’, about some perfumes that he had gifted to her. In the letter she writes, “I am thrilled with the perfumes. Thank you so much. I don’t normally use perfumes and am so cut off from the ‘chic’ world that I do not even know these, but will certainly experiment with them. It was good to see you. Please do not hesitate to write or to come see me when you want to convey any views – favourable or critical.” 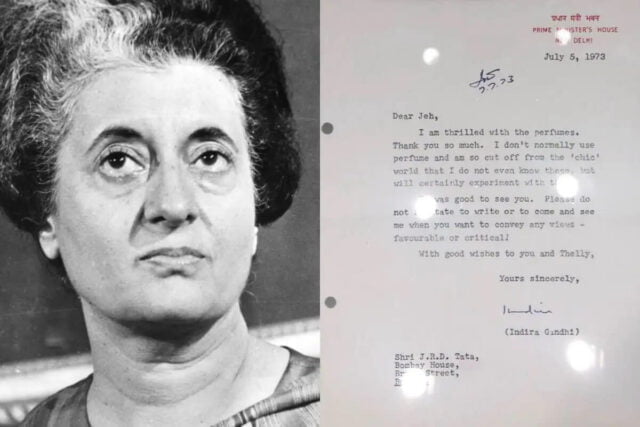 She then ended the letter with good wishes to Tata and his wife Thelma Vicaji Tata, whom she referred to as ‘Thelly’.

As per a report, JRD Tata during an interview in 1968 had commented that they had a very friendly relationship and even revealed a tidbit about Indira Gandhi, stating “Yes, she doodled. Doodling I didn’t mind so much. She started picking up envelopes, cutting open the envelopes and pulling out letters. It was a polite indication that she was bored.”

Who Is Danish Siddiqui: The Indian Photojournalist Killed By Taliban In Afghanistan