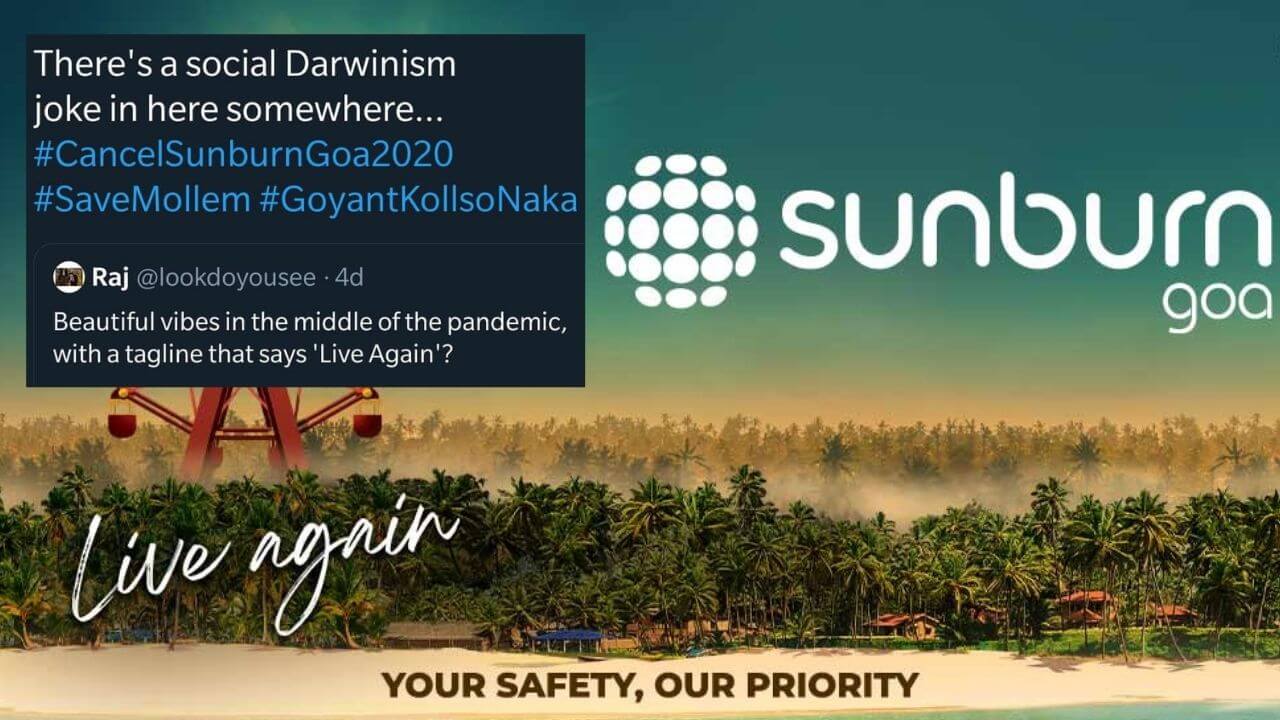 The 14th edition of the Sunburn music festival has been announced. The festival will be held over three days with live events commencing from 27 December 2020 at Vagator, Goa.

Karan Singh, COO, Percept Live said, “COVID-19 has literally put the pause on life. In India, we have witnessed stringent lockdown measures since March 2020. An unprecedented 7 months of staying in and staying safe. With the Unlock procedures initiated and specially Unlock 5 permitting ground events, we figured it’s time to restart lives, time to “Live Again”, and most importantly “Live, Love, Dance again.”

“Sunburn Goa 2020 will be a Limited Capacity, super safe event following global best practices and all applicable guidelines. Fan Safety is our top priority,” he added.

The organizers say that physical distancing measures will be followed at the music festival through the PODs and designated areas across the venue. Every group will be given their own PODs and they should be confined to it.

The guidelines include the use of the Aarogya Setu app as mandatory and wearing a face mask compulsory throughout the festival. Other rules, including a negative COVID test, may get applied, depending upon government regulations at the time.

Given the limited capacity, the festival in Goa will also be live-streamed across the Sunburn’s social media handles including Facebook, Instagram, and YouTube to reach millions across the globe.

“Last year we had five (performance) stages, this year there will be only three stages. We want to make sure there’s no crowding,” said Harindra Singh managing director of Percept Live. He also ensured a better entry and exit management system.

“I’m gonna make sure everyone wears a mask. I am more concerned about Covid than anyone else. So if anyone believes that we want to be stupid and make money at the cost of your health. No, we don’t want to,” Singh said while responding to accusations made by the opposition that the festival would result in the spread of the pandemic.

The Difference Of Opinion: Government And Doctors

The state government granted “in-principle” approval to the Sunburn Electronic Dance Music (EDM) Festival at Vagator that is going to be held in December, according to the tourism minister Manohar Ajgaonkar.

Only a few days ago, before this decision came to light, Dr. S.M Bandekar from Goa Medical College and other doctors warned against taking COVID-19 lightly. They cautioned that a second wave, as seen in Europe, could be on its way.

The doctors also appealed to young persons to safeguard the elderly and consider the consequences before freely mingling and partying.

While Congress was demanding the event to be cancelled, the Health Minister said that people can attend the event “but go with face shields, masks, and hand glove”

The minister said, “we don’t want to hold it at a very large scale, this year, it would be restricted to around 12,000 people.”

Meanwhile, the citizens were enraged by the decision.

People were quick enough to use social media platforms to express their anger, reason with other people, and discourage anyone who’s planning to attend the music festival. 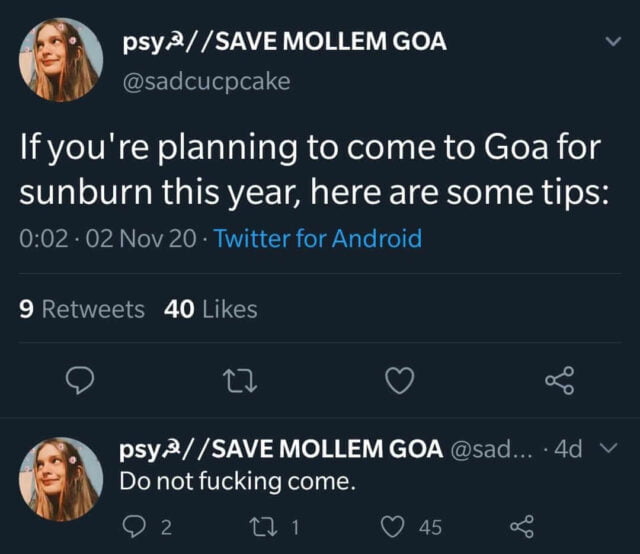 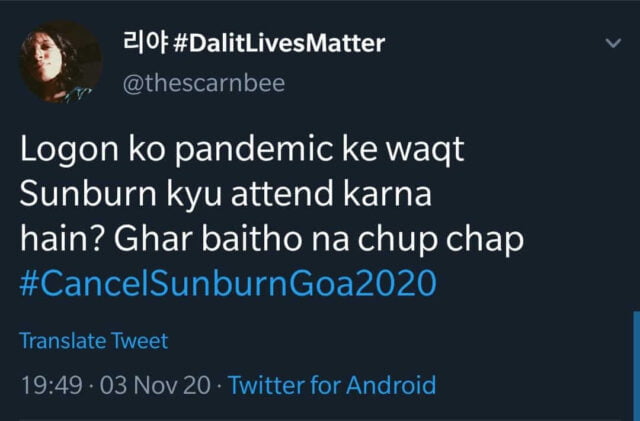 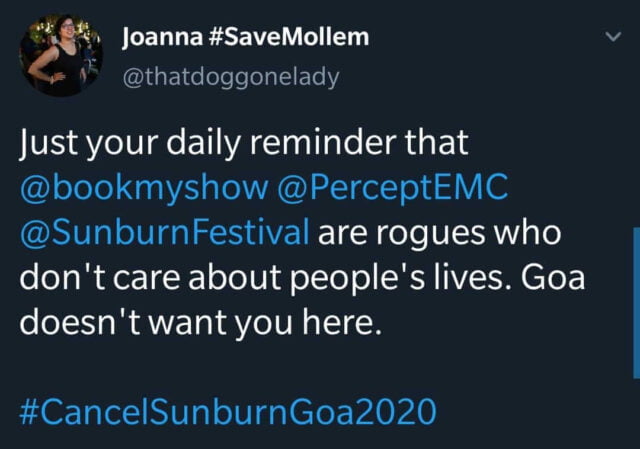 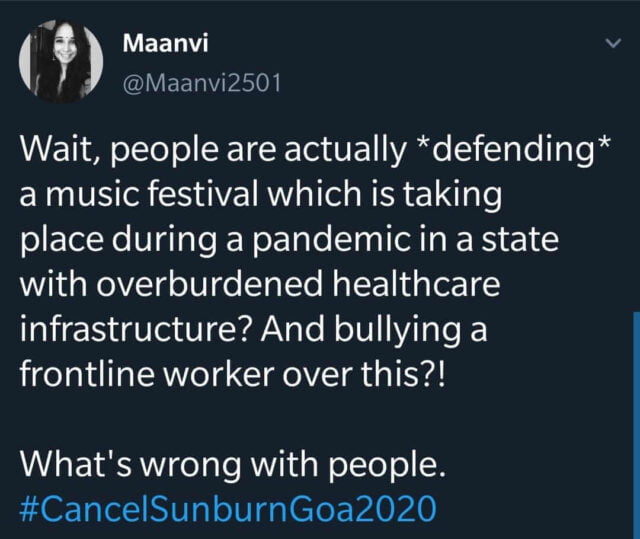 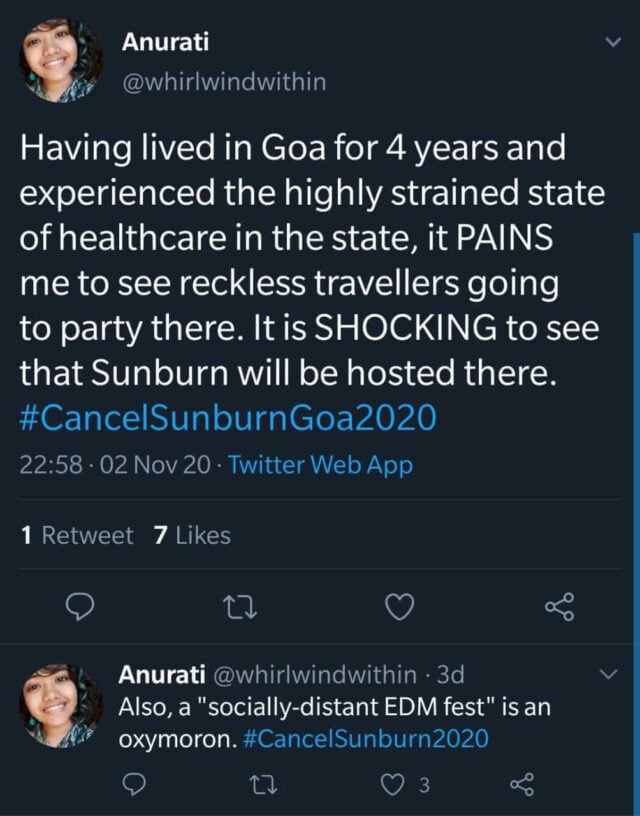 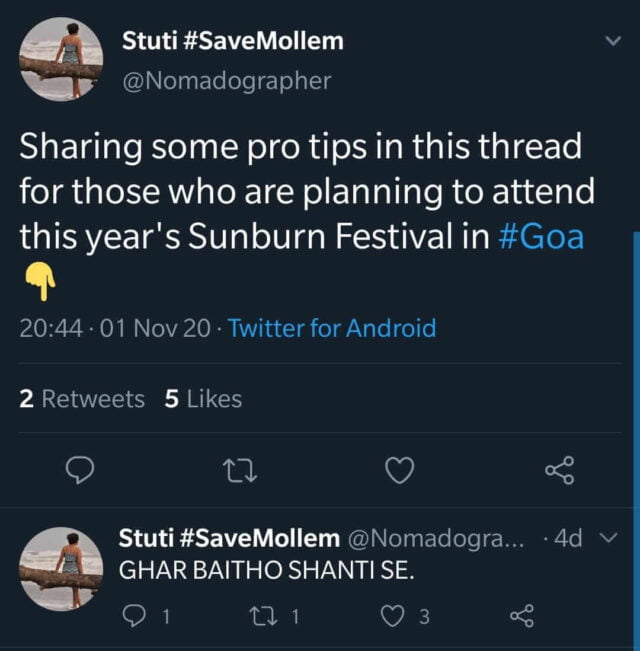 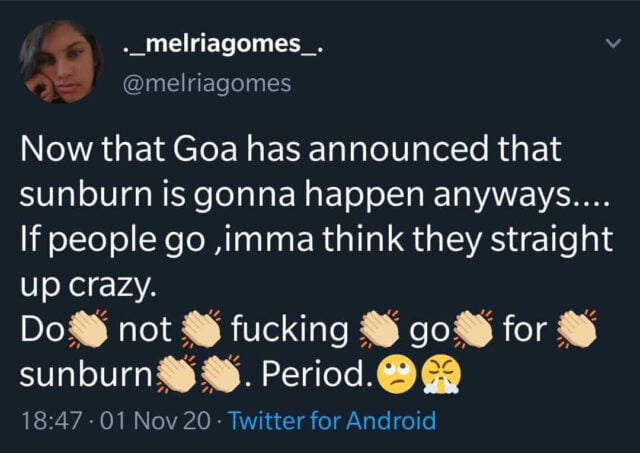 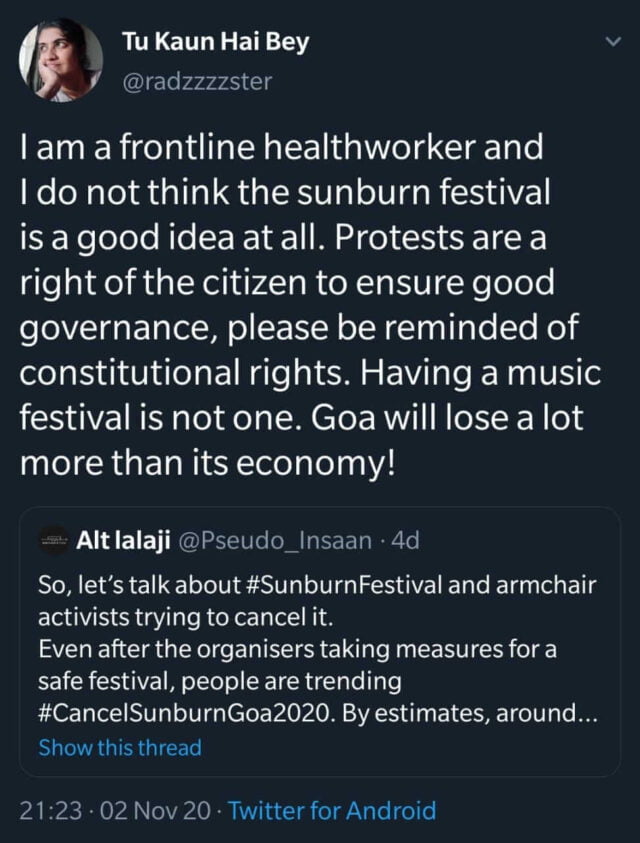 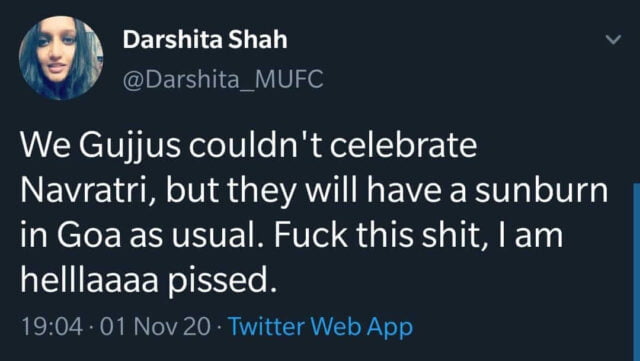 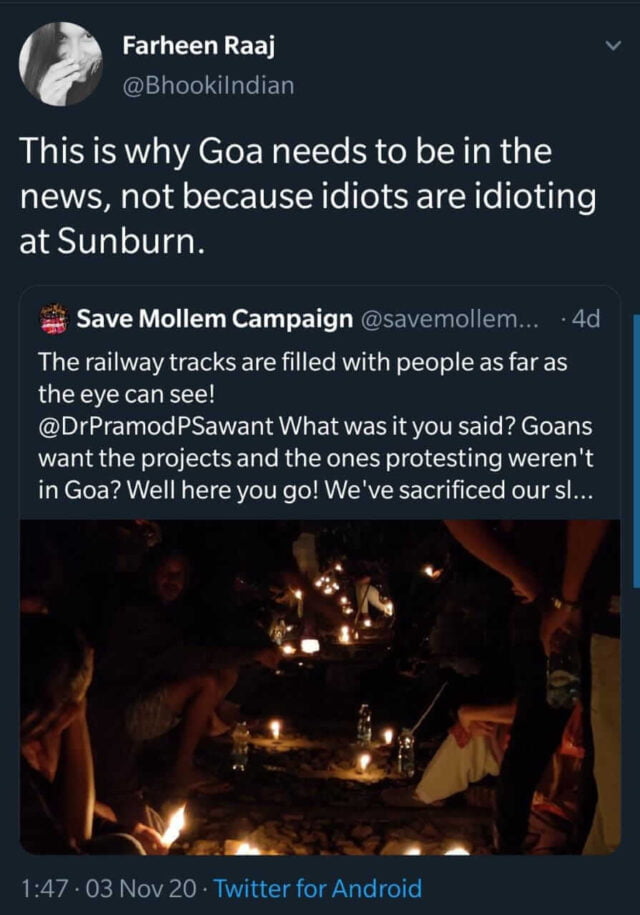 A lot of tweets were seen criticizing the authorities and demanding the show to be cancelled. The hashtag #CancelSunburnGoa2020 was being used to spread awareness regarding the situation of COVID-19 in Goa and the recklessness of the government and authorities. 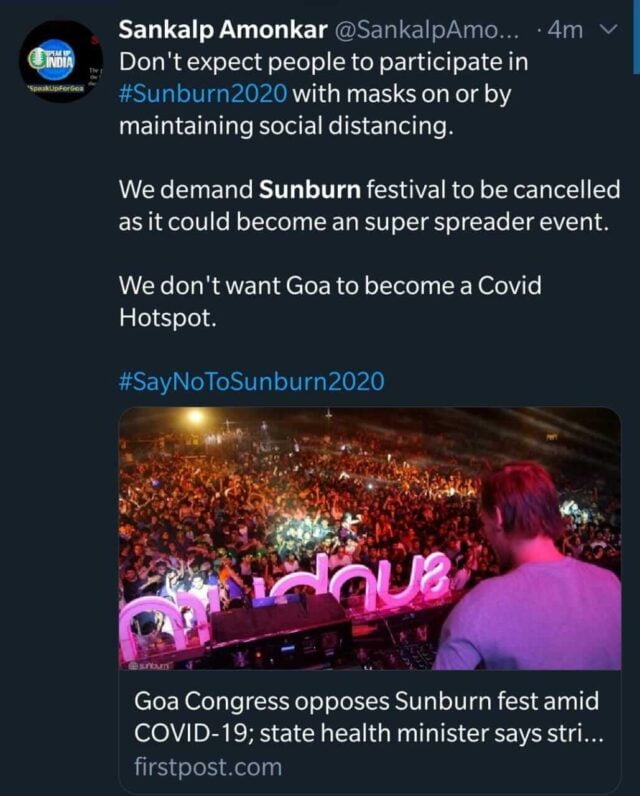 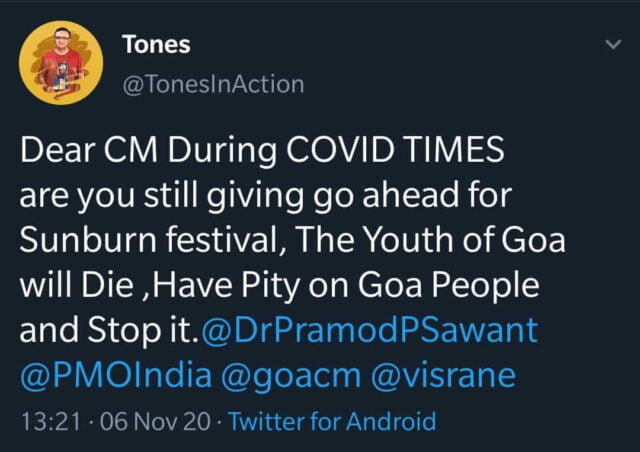 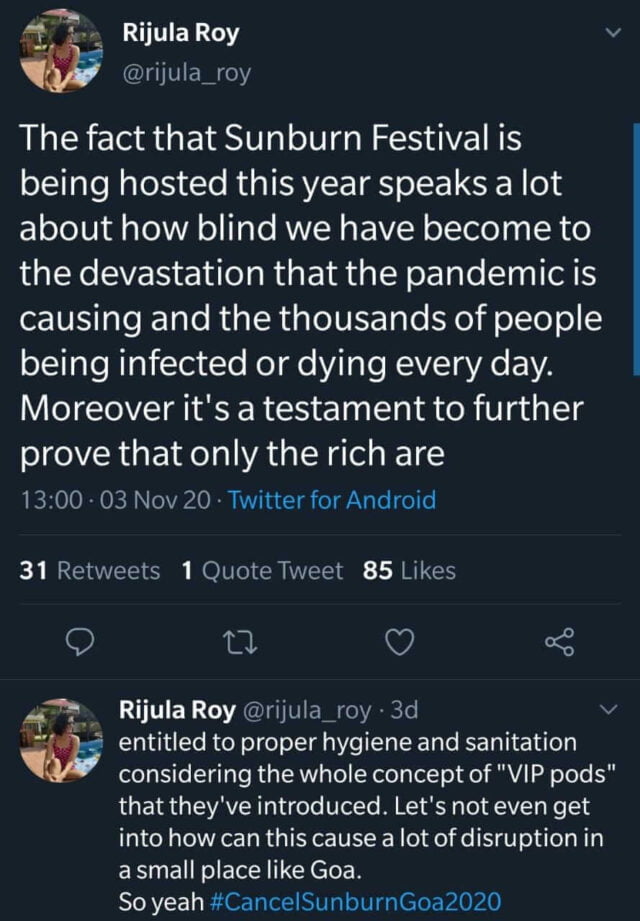 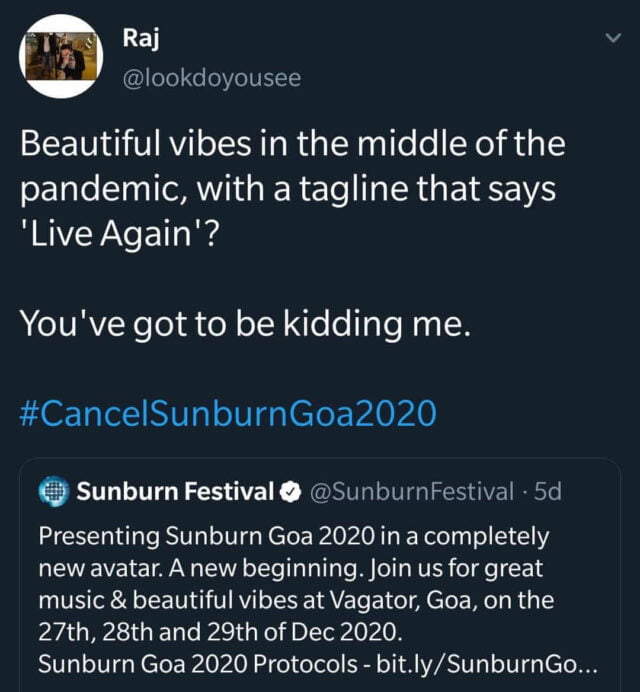 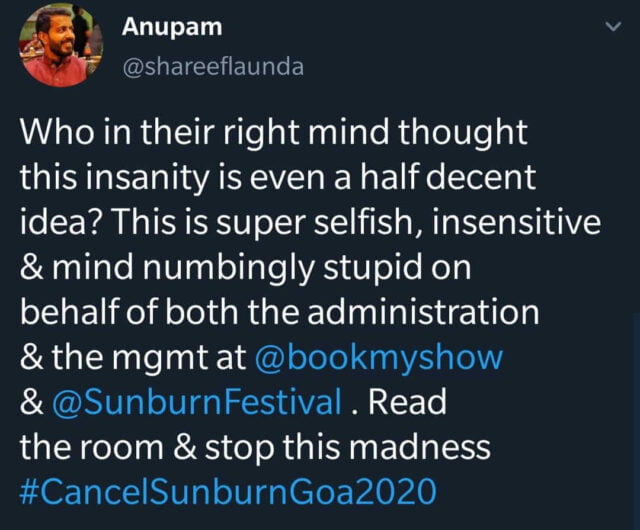 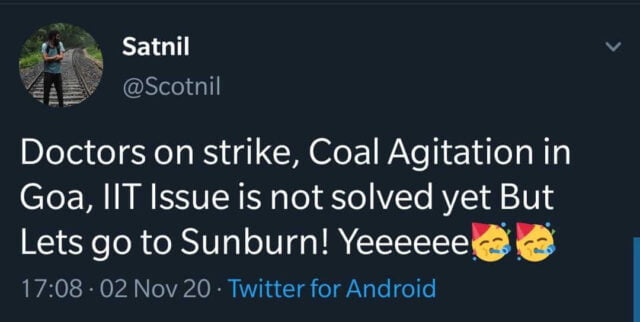 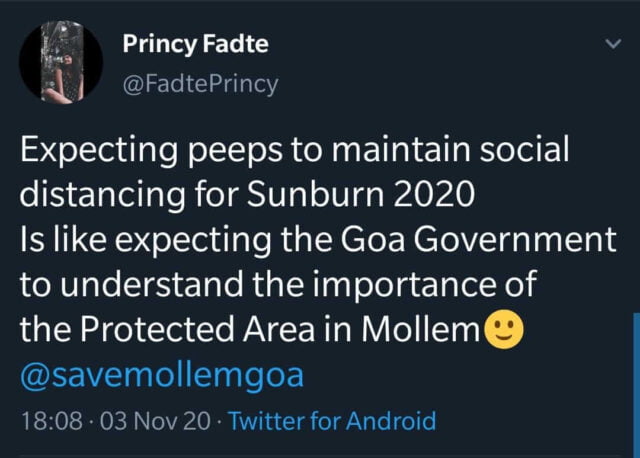 Some even made memes to put their point forward: 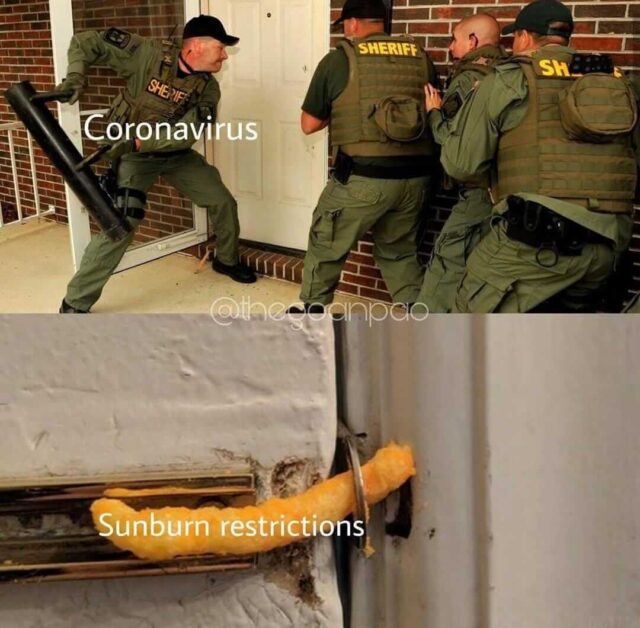 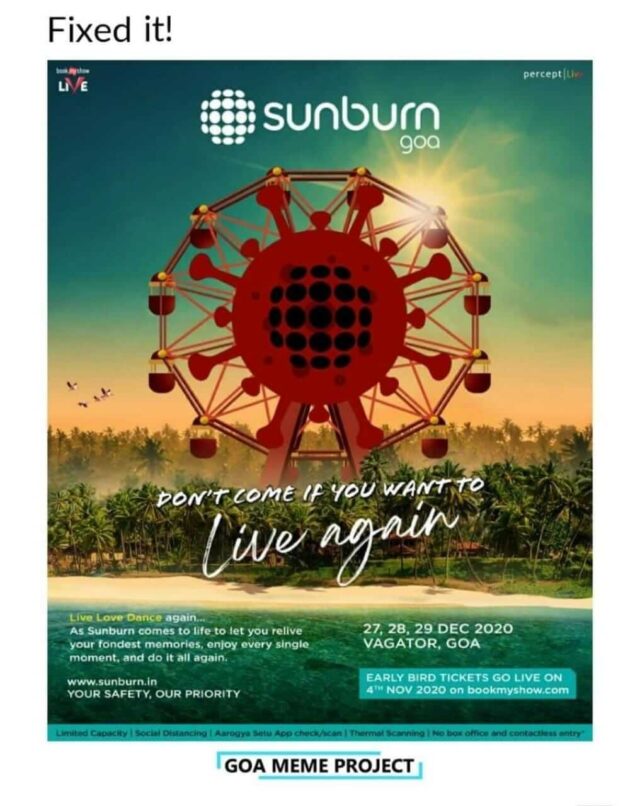 Sunburn said that safety is their utmost priority, “We will be following social distancing norms with every attendee having their designated space in front of the stage.”

But it seems like either they are very naive and do not know their audience or they just simply do not care. Even with less than ten thousand people, the number is enough to spread the disease and cause chaos.

There is no way to ensure that each and every individual will be wearing masks during the hours-long concert, especially with all the smoke and drinks in their hand.

If this step was approved for economic benefit, the state government has failed to introspect the extent of damage it can cause in return.

If we look at the recent events like the coal project in Mollem, it seems that all the government cares about is economic profit.

Goans are worried for their safety. They are also struggling to save their habitat. Meanwhile, the government is planning a dance party, how can the public not be enraged?

Other festivals for art and film have been shifted online, our whole new life now revolves around a screen and I think we sure can survive some more months without partying with ten thousand people, only to cause more harm than good.