In the beginning of the 20th century, electric cars and rail transport were commonplace and before the eminence of light, powerful internal combustion engine, electric automobiles held most of the speed records.

In 1900, 28% of the cars in the USA were electric and a lot of them were driven by horses. At the end of 2016, that percentage stands at less than 1% even after it saw increasing sales of electric cars from that in 2015.

How did the ‘noisy’ and ‘smoking’ internal combustion engines made their way and what eluded the electric cars from a fair share of the market?

The answer to all these questions is: We had to recharge them.

They used wet cells and stored much less energy hence covered lesser distance. Seriously, back then you weren’t actually able to go anywhere in those vehicles. By the end of the 20th century, combustion vehicles had improved a lot. Even a small car like Maruti 800 could cover at least 400 km.

On the contrary, the electric cars had not made much improvement and there were not many EVs that could run for more than 2 hours straight. But the dawn of the new millennium saw the widespread introduction of Li-ion cells.

Started in 2003, Tesla’s very first product, the Tesla Roadster could do under 4 second flat something that most of the biggies like Lamborghini, Ferrari, Porsche, etc. boasted about.

Started by 2 friends Martin Eberhard and Marc Tarpenning with licensed drive-train design, Tesla was trying to not just survive but thrive when EVs were losing even the slightest of the appeal they had.

They had no mass appeal and most people considered that they were supposed to be brought only by ecologists or scientists. The year 2006 saw the release of the documentary “Who Killed The Electric Vehicle?” which went on to earn $2 million. Many companies like Nissan, Toyota, General Motors, and Chevrolet had already tried their hands in the ’90s but had failed.

But, Tesla pulled it through. Backed by the successful entrepreneur and engineer Elon Musk, Tesla used Li-ion cells and induction motors. They worked out their own way to what today stands at $56 billion market capitalizations.

For someone who doesn’t know much about Tesla motors, well, they make high-end luxurious vehicles which are pretty fast. These cars are entirely electric and cost around one-third of other cars with similar speeds or pick-up. Oh yes, there is one more feature, auto-pilot. The car can drive itself.

Tesla has been a great impact on the automobile market. To sum up, I’d like to quote what Robert Lutz said in 2007, the then Vice Chairman of GM: “All the geniuses at GM kept saying that the Li-ion technology was 10 years away and Toyota agreed with us – and Boom, comes along Tesla. So, I said that how come some tiny California-based startup, run by guys who have no knowledge about the car business can do this and we can’t? That was the crowbar that helped break the jam.”

Ever since Tesla broke into the market, everyone wants to be a part of this uprising & Porsche, Mercedes, Rolls Royce have already introduced concept cars. Chevrolet has its Volt and Nissan has the Leaf in the market which are the two major competitors of Tesla. There is no doubt in the fact that Tesla has single-handedly changed the whole scenario and in true terms has done what was deemed impossible.

WHERE IS INDIA GOING?

All of us have at least once taken a ride of the e-Rickshaws. That is the most common experience of an electric vehicle in India. The government had launched a new policy called FAME (Faster Adoption and Manufacturing of Electric Vehicles in India) in 2015. It aims at incentivizing both the manufacturing and the ownership of EVs.

But India is still behind. European countries like Norway, The Netherlands, and Sweden have been doing exceptionally well. Thanks to the tax incentives, registration fee waiver, cheaper electricity and charging infrastructure.

Our neighbor China is the global leader with more than 1% share of all the automobiles in the country. The USA is the home to Tesla Inc. and many upcoming companies like the Future First. A growth at this rate would lead to around 10% share in the global market by 2030. Norway is looking forward to banning combustion vehicles by 2025.

India has still a way to go. And like most other things India, in this case, too, lacks infrastructure. There are a few bright spots too, though.

I am finishing this article just 5 days since ISRO announced that it will share its Li-ion manufacturing technology and will gradually transfer it to the industry.

Till now, India had to import every cell. A Bangalore-based startup launched and electric two-wheeler, the S26, last year. They have managed to raise around Rs. 206 Cr. From none other than its bigger competitor in FY 2016-2017. It is being dubbed as the Indian Tesla.

These are winds of change. As for the answer to the question, where are we going with electric vehicles? Forward. Into a cleaner future.

Siddarth Singh is the Team Captain of the NSIT Solar Car Team. Engineering Student. Car enthusiast. He can be credited with making an electric vehicle himself. 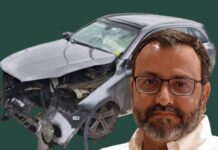