India’s First Secretary to the United Nations, Sneha Dubey spilt facts at the United Nations General Assembly (UNGA) at its 76th session during the First Right of Reply and set the record straight for Pakistan in regards to its comments and actions, which do not seem to match.

To this, the Indian Foreign Service officer showed India’s neighbour, a mirror on its affairs and respectfully slammed them in a fiercely-worded rebuke, thus asking them to introspect before ridiculing themselves at a global forum. 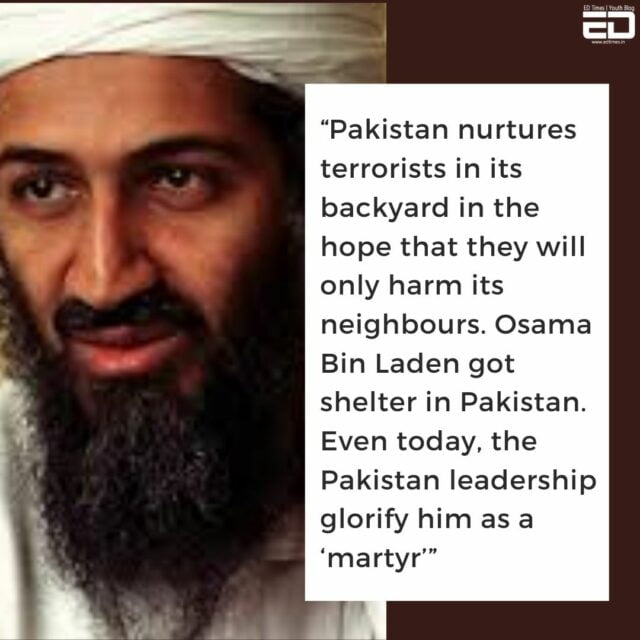 The young diplomat did not hold back on bashing the country for sheltering the terrorist, adding that the horrors of India’s 26/11 attack continue to reign fear in the hearts of those affected, which was headed by the assassin which is Pakistan’s “martyr.” 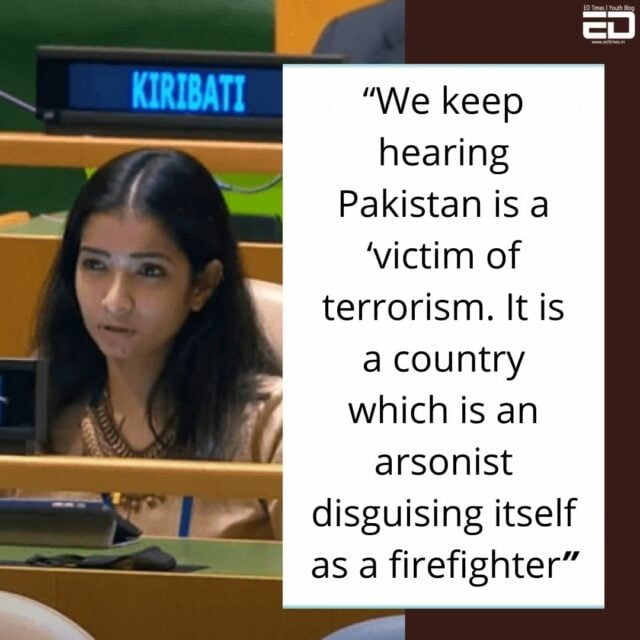 She strongly upheld how Pakistan pleads not guilty at global forums while the world is aware of how the country has continued to act as breeding grounds for terror activities. 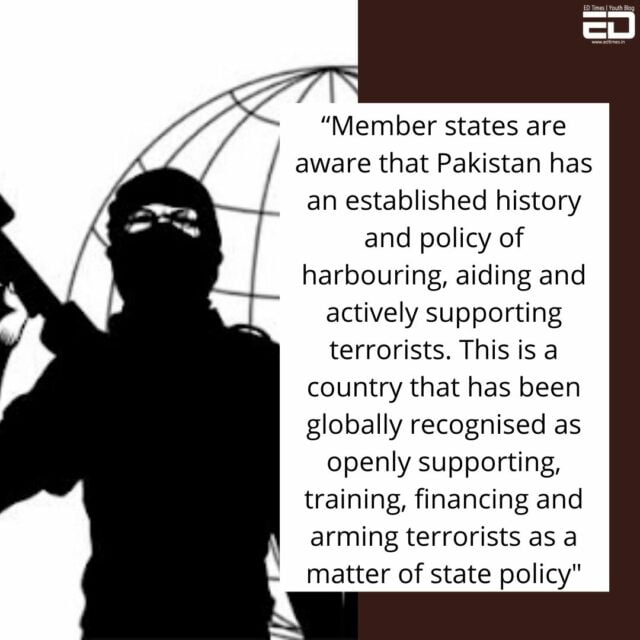 Adding to the already obvious, Dubey made this notable point, only to reaffirm them for the diplomats present there and the world watching them subsequently.

Also Read- ResearchED: Instances Of Threat to World Peace Where The UN Actually Did Something 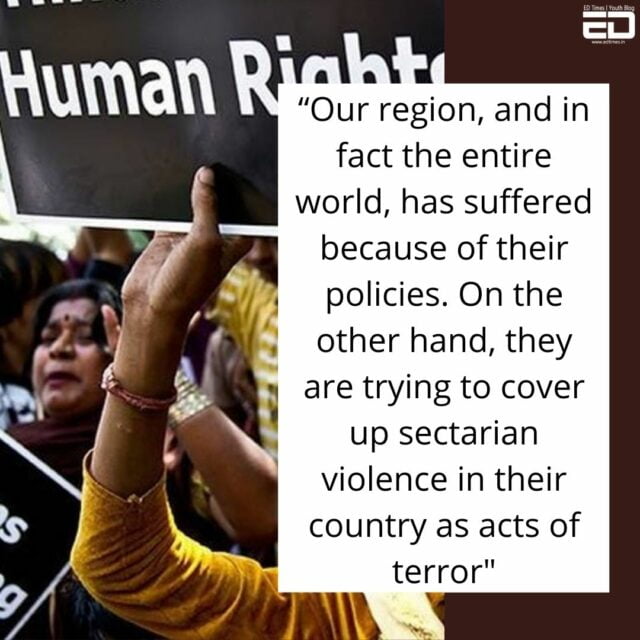 Time and again, the south-Asian nation has inflicted sectarian violence against religious and ethnic minorities of their country which has unfolded stories of terror, sexual violence, rape and forceful conversions, which it later tries to cover up as acts of terror. 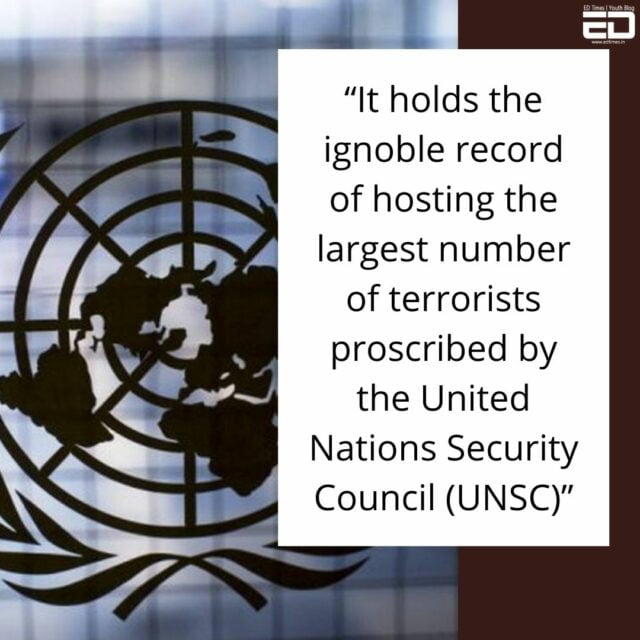 Dubey fearlessly went on to address noted facts at the global forum, calling it out for its deeds. 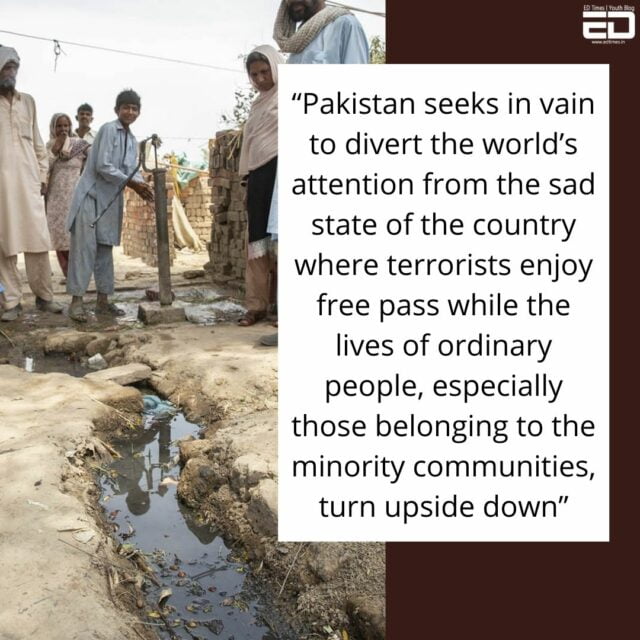 With rising commodity prices, soaring terror activities and a deplorable state of basic amenities and living conditions, Pakistan fails to safeguard the condition at home. However, it hasn’t shied away from allowing terrorists to seek refuge on their land. 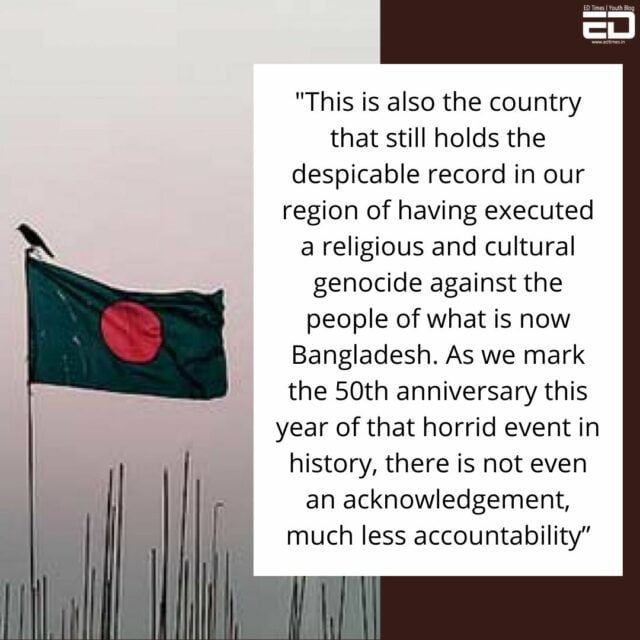 Reiterating the horrors of the Bangladesh Liberation war, which marks its 50th anniversary this year, she upheld Pakistan’s history of repeated terror and ignoble genocide during the war which killed around 5 lakh people. 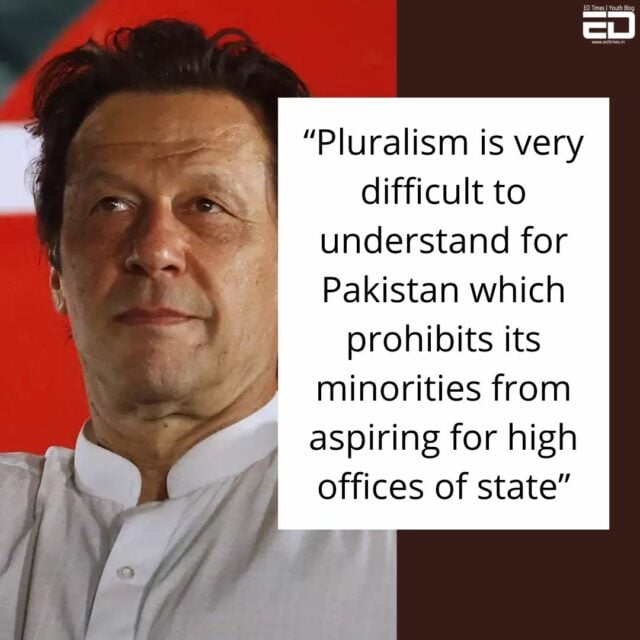 The woes of Pakistani minorities were aptly noted at the forum, adding that how the state of Pakistan and its laws make it extremely difficult for them to aspire for and occupy higher offices of state, unlike India which has a demonstrated history of it. 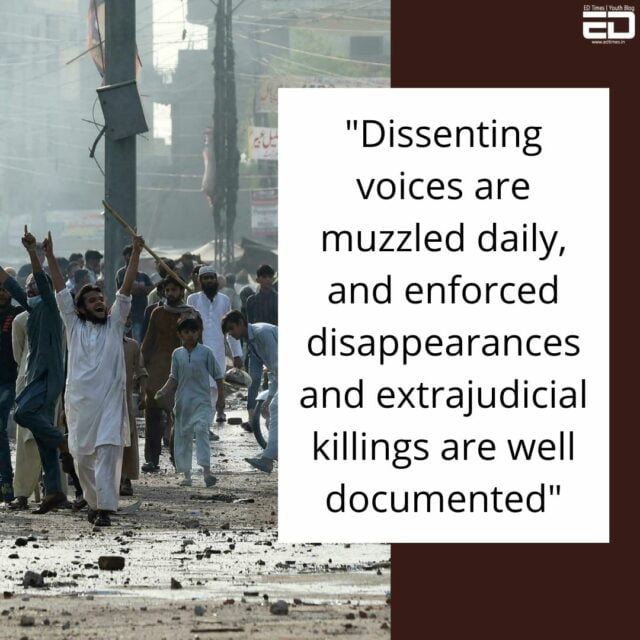 This comes as a no-brainer when a country with a documented history of such crimes raises cries of Islamophobia in India, where citizens raise their voices against this neighbour of theirs. 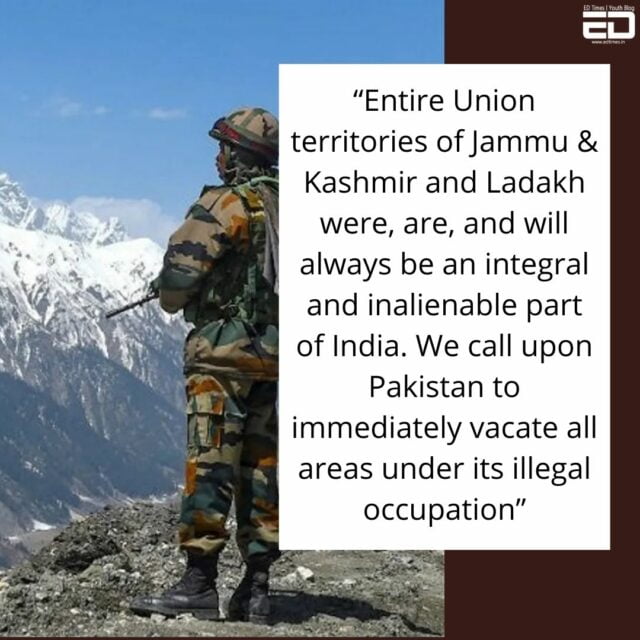 Reaffirming the fact that the disputed Jammu and Kashmir will always remain a part of India, she called out Pakistan’s illegal occupation of Kashmir and called upon it to vacate it.

Opining that Pakistan should retrospect itself before making statements in global spaces, she highlighted that India seeks equal and indisputable relations with all its neighbours and it is for Pakistan to make amends in disputed matters to receive equitable treatment.

ResearchED: Does Pakistan Want Peace With India Or Not?