Home ED Originals In Pics: Interesting Facts You Should Know About This Year’s FIFA World... 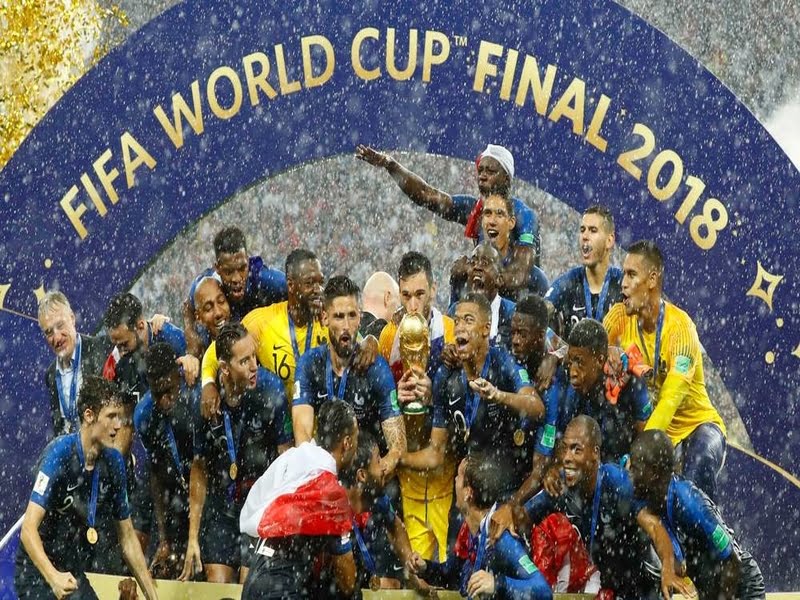 France beat Croatia 4-2 to clinch this year’s FIFA World Cup final, after a period of 20 years in a record-breaking final in Moscow.

Les Blues rode through a superb show in both halves to overpower the Croats in a finale that many expected to be a close tie.

Mario Manduzkic scored an own goal but Ivan Perisic quickly made up for that and levelled the score with just 28 minutes on the clock. Griezmann scored a penalty to take a decisive lead, after a VAR review, then Paul Pogba and Kylian Mbappe chipped in with goals to add to the misery of Croats.

The thrilling final is a hot favourite to be the game of the tournament, and there were many interesting as well as record-breaking moments: Also Read: Hima Das Was A Hero Even Before The Gold Win: She Got Liquor Joints In Her Area Demolished