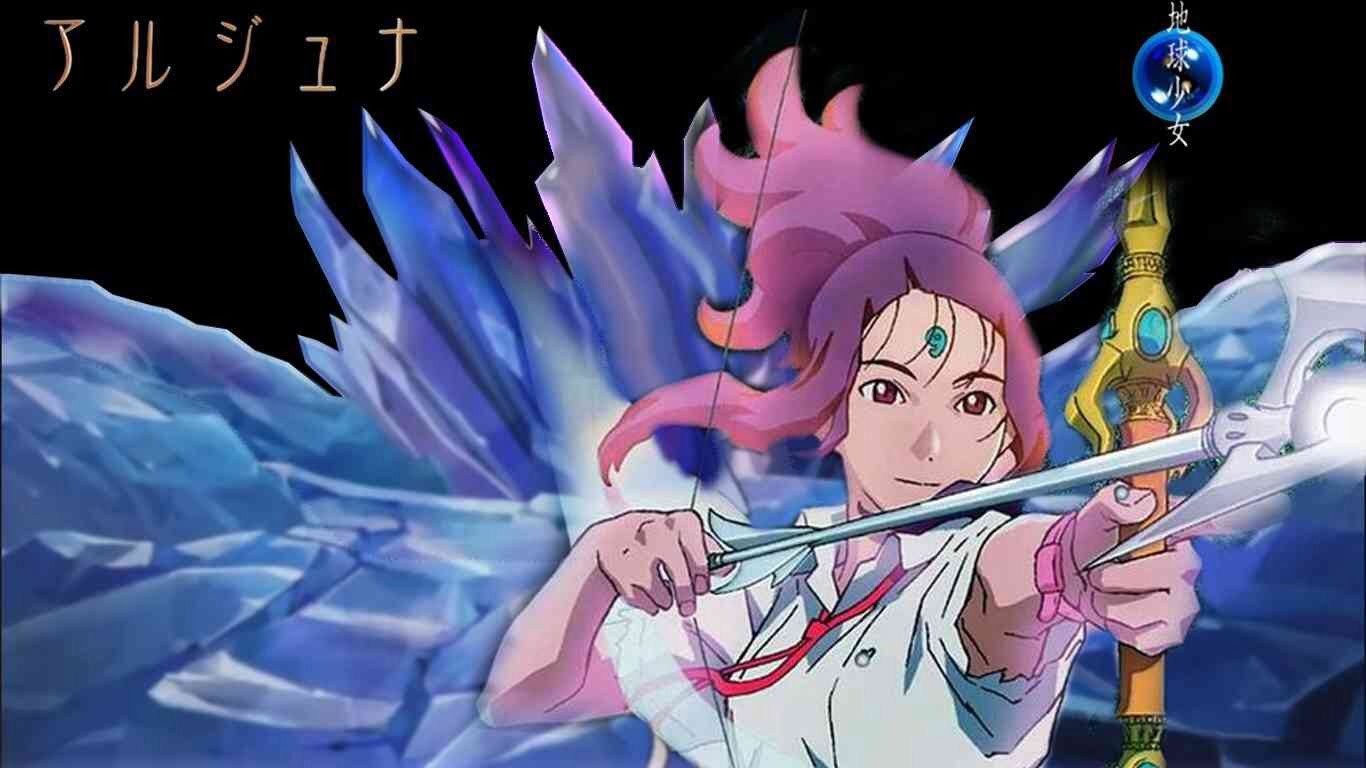 ‘Baahubali’ 1 and 2 are the highest-grossing Indian movies of all time. A large part of this success is owed to the brilliant storyline which draws a lot of parallels from the Indian epics ‘Mahabharata’ and ‘Ramayana’.

Similarly, Sivagami also exiled Bahubali. The rivalry for the throne between Baahubali and Bhallaladeva is akin to the discord between Pandavas and Kauravas for the throne of Hastinapur.

Foreign TV shows also have a lot of Indian elements present in their stories. The theme song of the science fiction show ‘Battlestar Galactica’ is an iteration of ‘Gayatri Mantra’. Other science fiction shows such as ‘The Expanse’ on Amazon Prime, and ‘Altered Carbon’ on Netflix use Hindi dialogues and phrases in several scenes.

Japanese anime is very popular amongst people but do you know that there are a lot of things present in these shows that can be traced back to India.

Here is a list of things in Japanese anime shows that are inspired by Indian culture and mythology. 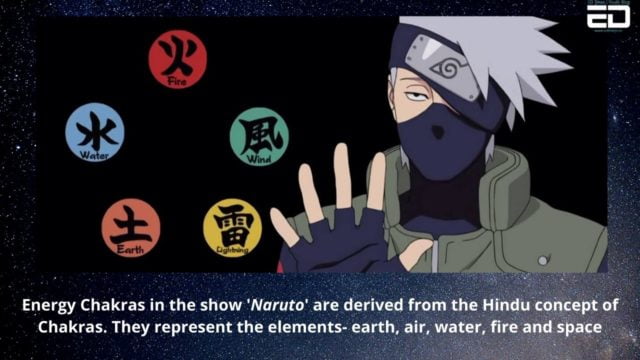 In the anime chakra is a form of energy that enables one to perform feats such as walking on water, creating illusions, exhaling fire, etc. 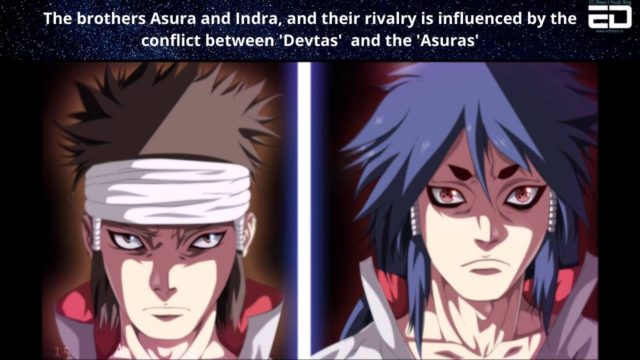 Indra is a Hindu deity who is known as the lord of heaven. The ‘Devtas’ led by Indra and the hell-dwelling ‘Asuras’ have faced each other in battle several times for the dominion of heaven. Similarly, the brothers Asura and Indra are always on opposite sides. 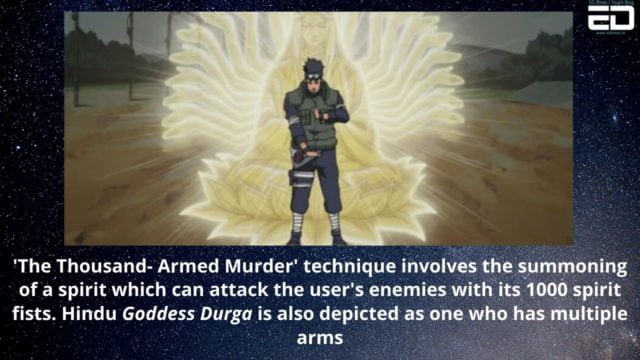 The figure that appears behind the character ‘Chiriku’ strongly resemblances Goddess Durga who is said to possess many arms, each bearing a weapon. The spirit also sits atop a lotus, this is the way Goddess Lakshmi is usually depicted.

Also Read: Is Disney’s Lion King Copied From This Japanese Anime Of 1965? 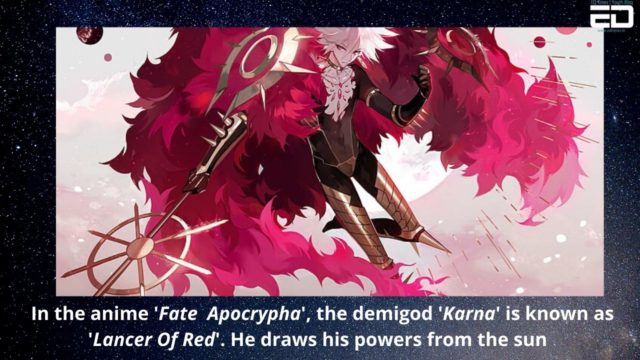 Like the tragic hero from the epic ‘Mahabharata’, the character of Karna also sports golden ‘Kavacha’ and ‘Kundala’ that renders him invulnerable. His weapons include the holy spear ‘Vasavi Shakti’ and the explosive projectile ‘Brahmastra Kundala’. 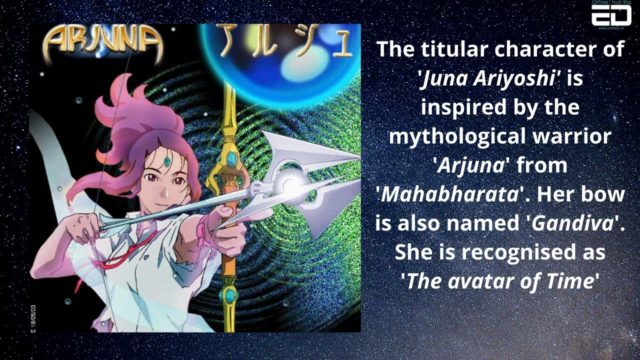 This is a different interpretation of ‘Bhagavad Gita’ and ‘Mahabharata’. Here, ‘Arjuna’ is a teenage girl. The role of ‘Krishna’ who guided Arjuna is fulfilled by the character ‘Chris Hawken’. He is a powerful entity who is stuck in the body of a teenager. Chakras also appear in episode 2. 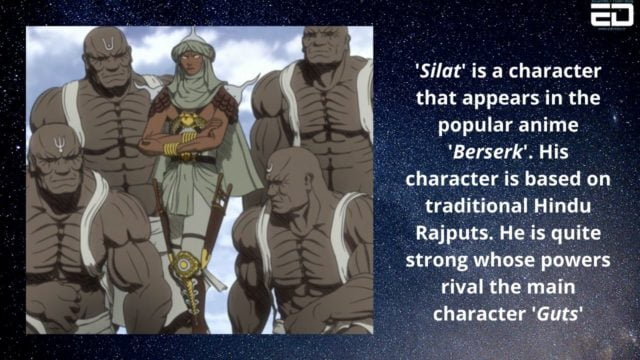 He has trained in the Indian martial arts form ‘Kalarippayattu’. He uses weapons such as ‘Talvar’, ‘Chakram’, ‘Araa’. 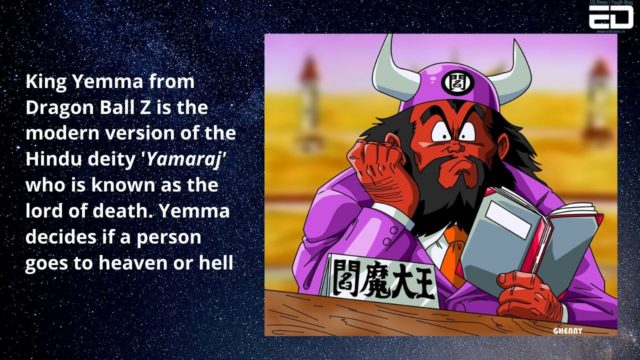 Like the Hindu deity, the character of Yemma also wears a crown of horns and looks very formidable. He has ogres as his bodyguards. 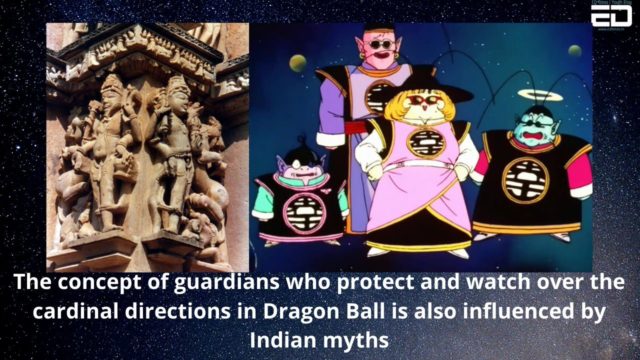 In Hinduism, there are deities who rule a specific direction in space, they are called ‘Asta Dipala’ (guardians of 8 directions). Similarly, ‘Kais’ are the deities and kings who rule a particular quadrant of the universe.

Are there any more characters or things in Japanese Anime that you think were influenced by Indian culture? Tell us in the comments below.

FlippED: Does Glamorous Depiction of Historical Characters Distort Facts Or Make Them More Appealing To The Masses?