Whenever you hear the word “social-distancing” you start picturising masks, hazmat suits and safety. But the term has a long history and some of it lies in the fashion of Victorian-era.

Trending clothes always have a deeper meaning which relates to society on political, social and cultural meanings. For example, during the independence struggle in India, Khadi clothes were popularised. They were a way to show that Indians were against foreign goods. Khadi meant self-reliance.

Similarly, during the Victorian-era, crinoline skirts were used as a symbol of class and status. They were also used to maintain distance with unwanted people.

What were Crinoline skirts?

Crinolines are a type of underskirt or petticoat which hold out voluminous skirts. Crinoline skirts were worn with very large crinoline cage-hoops. Their fabrics were made of horse-hair, cotton or linen used to make underskirts.

Here’s everything you need to know about crinoline skirts. 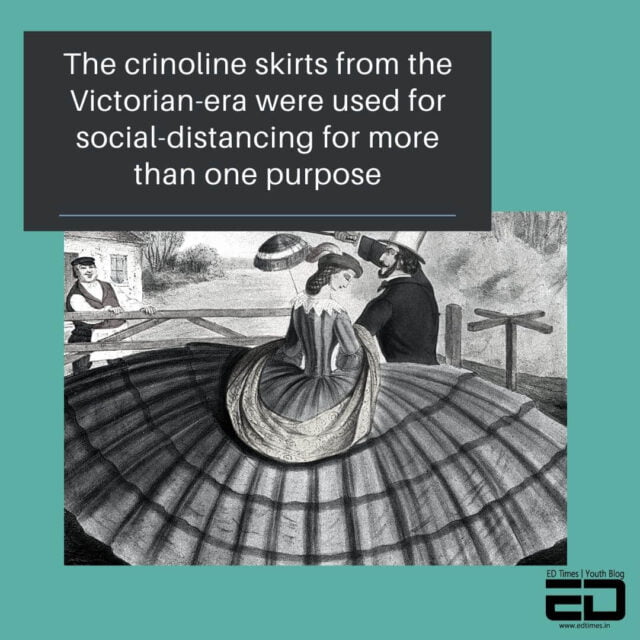 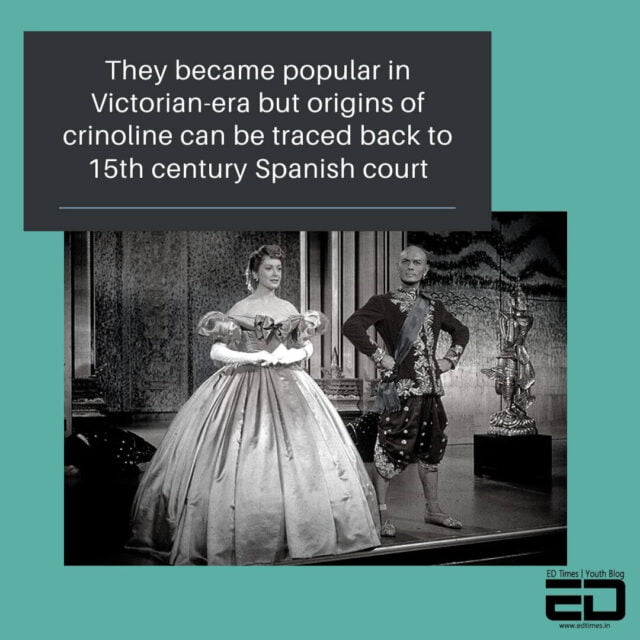 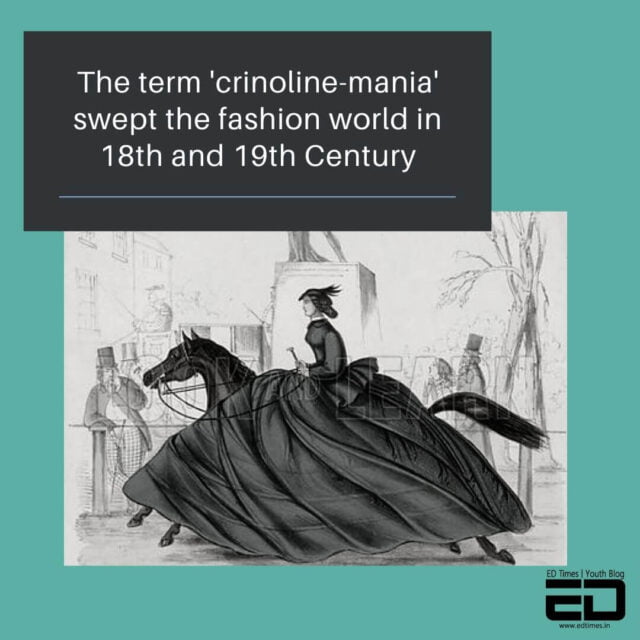 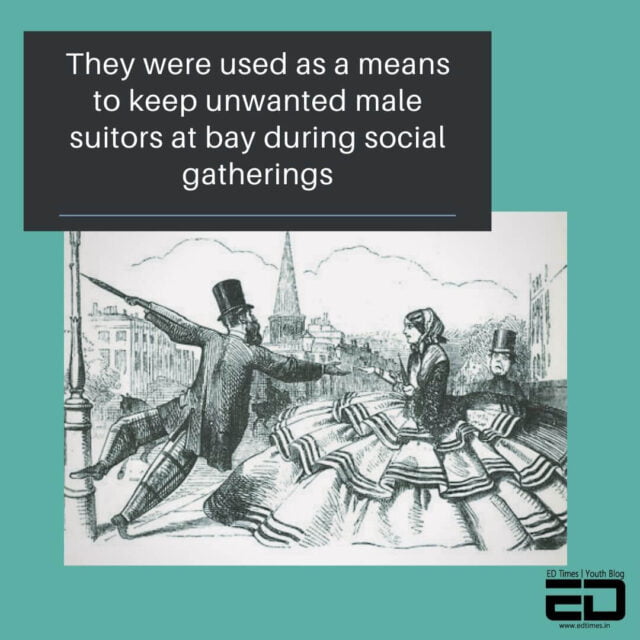 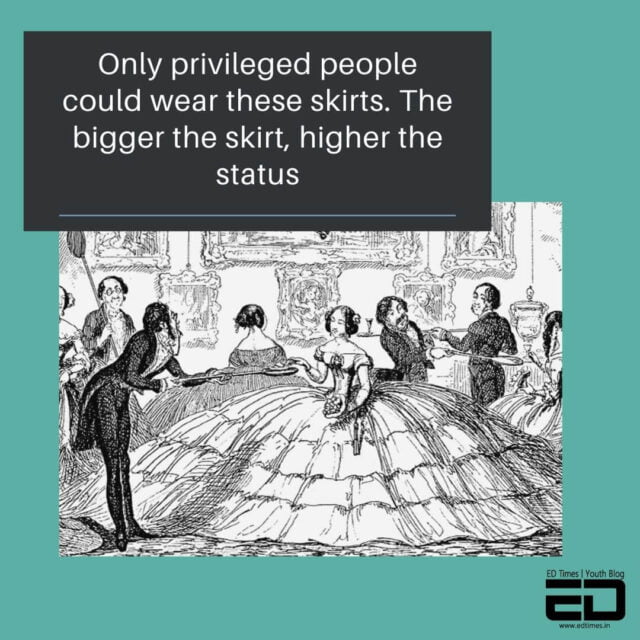 Read More: What To Tell Yourself When You Get Low Marks 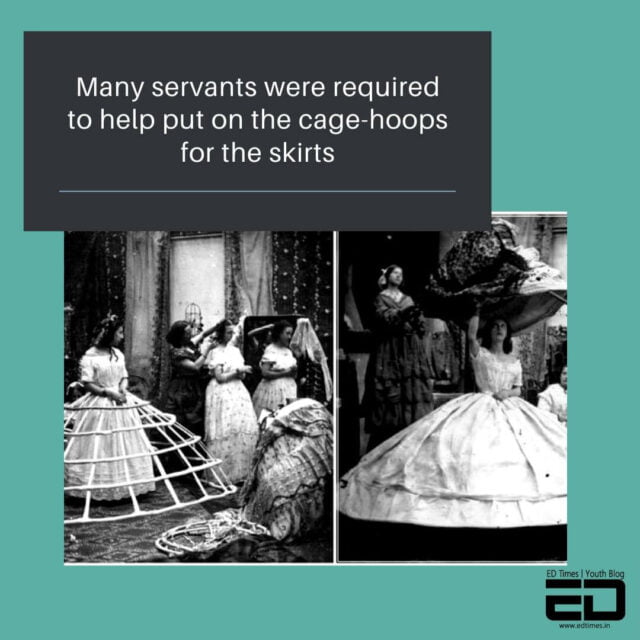 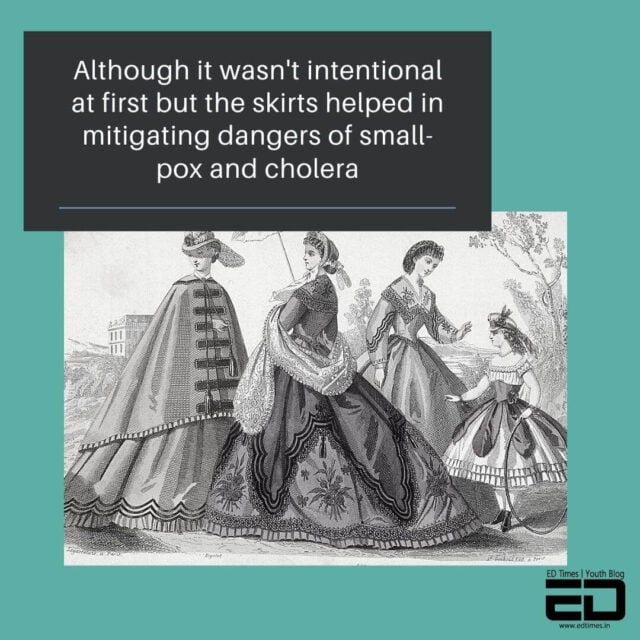 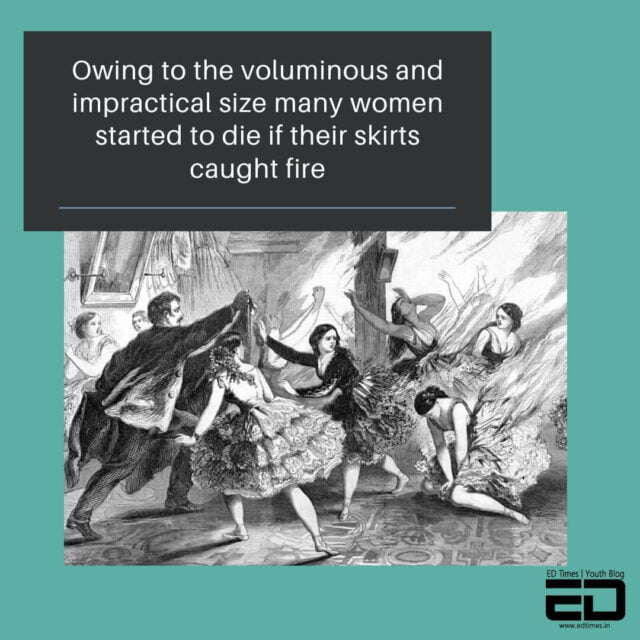 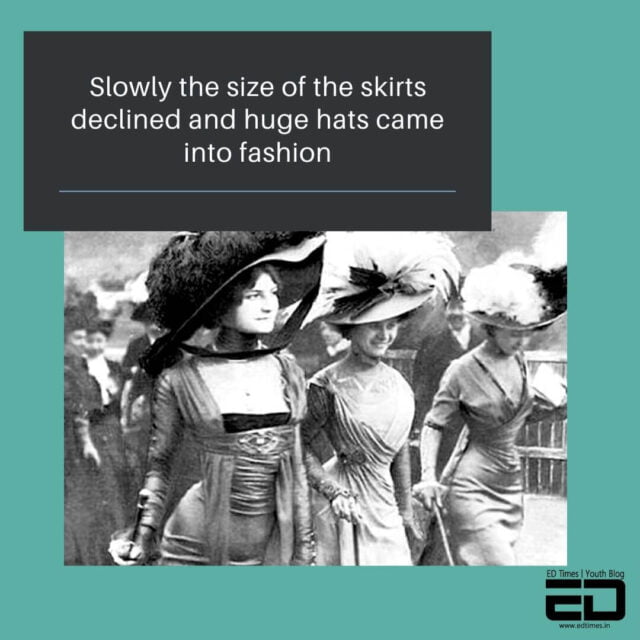 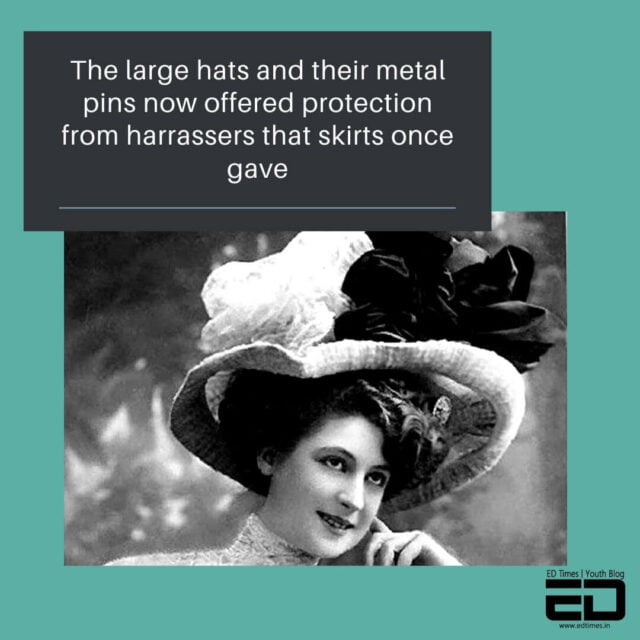 Due to their impractical sizes, slowly and gradually their trend declined. But we can’t ignore the fact that they were quite successful in maintaining safety from males as well as diseases.

Ironically, one of the reasons for their decline was also hygiene, the women who made the cages of the skirts were often poor and lived in unsanitary places.

With their growing demand and nowhere to keep the stock, they started to keep it near their surroundings through which many bacterias and insects started infecting the women who wore them.

With new issues, other ways to create distance came to light.

Just like how these huge dresses were used to avoid the dangers of cholera and smallpox, bird masks and hats were used during the Spanish Flu.

In every era, fashion plays an important role in determining the social and political situations of the country. At present, there are huge varieties of masks available in all sorts of designs and colours. We are witnessing another wave of fashion taking over as a result of the pandemic.

Nishant S Mehta: A Decorated CA and Philanthropist Out to Do His Bit for...

Reviews Brand Voice - September 22, 2021
September 22: Even in the midst of a hectic and competitive profession, hearing the story of a person who dispenses his time, resources and...