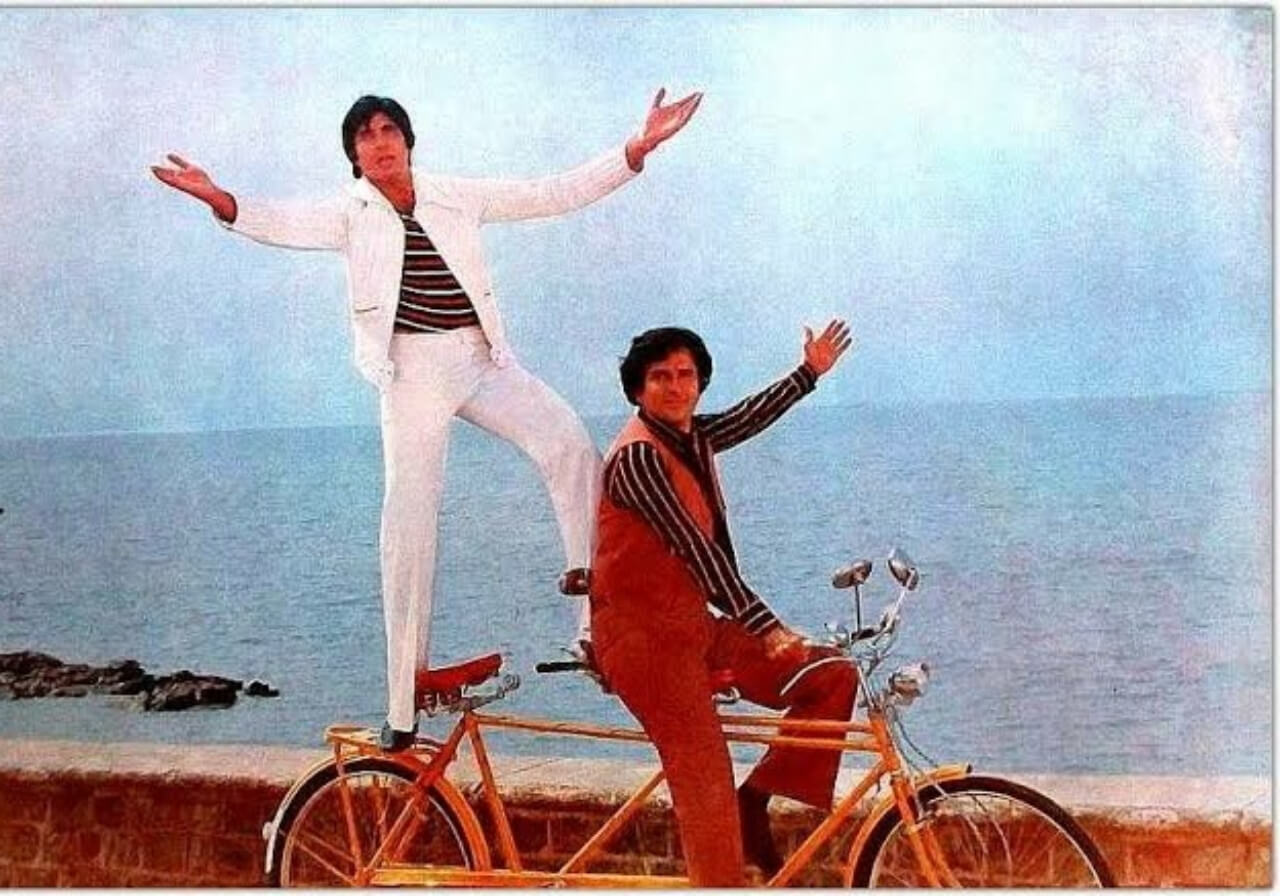 If you were to ask any stranger on the road about cycling, they would probably describe it as a healthy, low-impact exercise that can be enjoyed by people of all ages.

If you were to ask your grandparents or elders in your neighbourhood about this leisure activity, they would probably tell you anecdotes of postmen, an iconic figure in India in an era before the Internet, who used to carry and deliver letters in their cycles from friends and family. And how they used to eagerly wait for one, just like how we wait for the food delivery guys today.

However, if you were to ask us, Bollywood fanatics, then we will tell you of

Saira Banu’s cycle ride with her girl gang in Padosan,

Bhashkor Banerjee cycle tour around the streets of Kolkata,

indulging in street food and fresh air in Piku,

a (shirtless) Salman Khan in his Concorde bicycle in “Maine Pyaar Kiya”.

Hindi cinema and cycling have been best friends for as long as one can remember and ever since their friendship, cycling became a metaphor for teenage love, high school rivalries, and class dynamics.

Bollywood gave us a reason to celebrate bicycles. From young love, great races, flirtations, social justice, and competitions, the cycle was the symbol of an era when romance, friendship, drama, and comedies kept rolling on a slow and steady pair of wheels and before Lamborghinis became synonyms with the trend of ‘coolth’.

Here are seven moments when Bollywood gave us icons on bicycles: 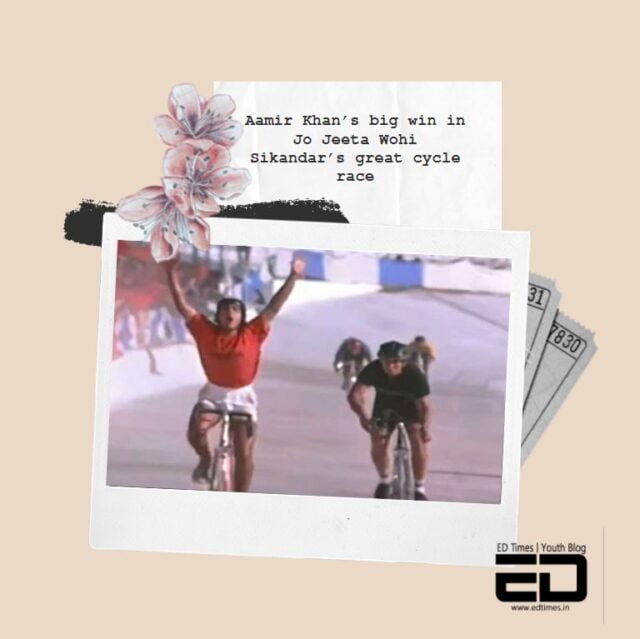 2. The Girl Gang On Their Cycles In Padosan 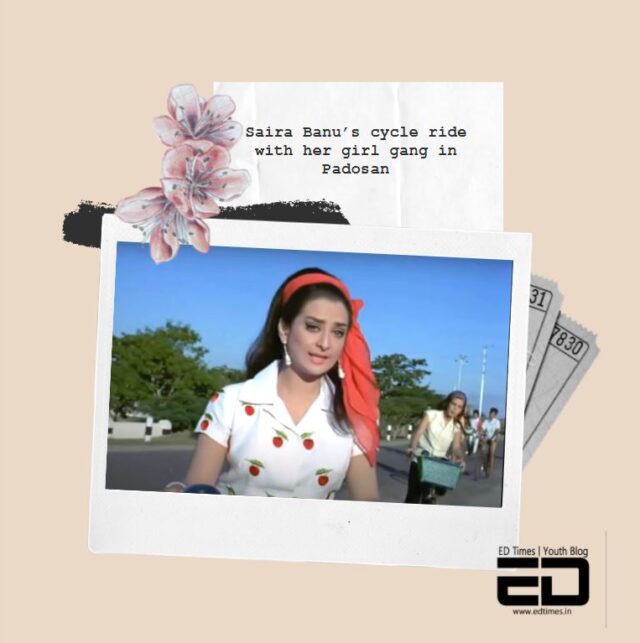 3. Bhashkor Banerjee Cycle Tour Around The Streets Of Kolkata 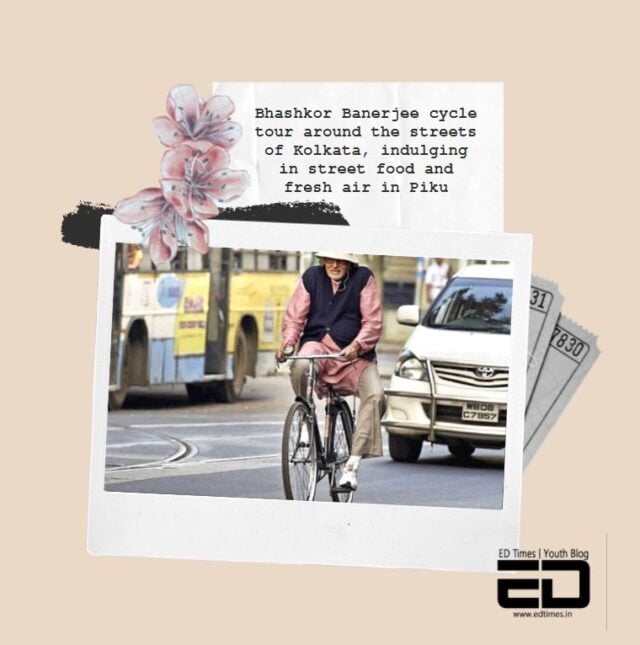 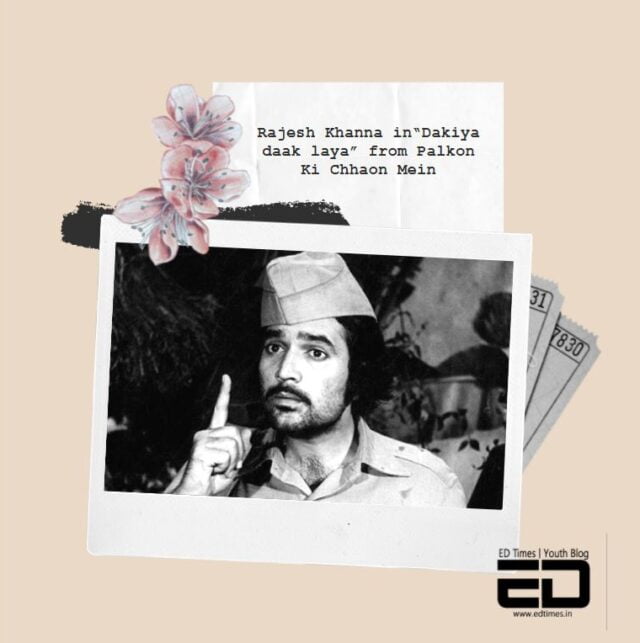 5. Amitabh Bacchan And Shashi Kapoor’s On Their bicycle Ride In “Jaanu Meri Jaan” From Shaan 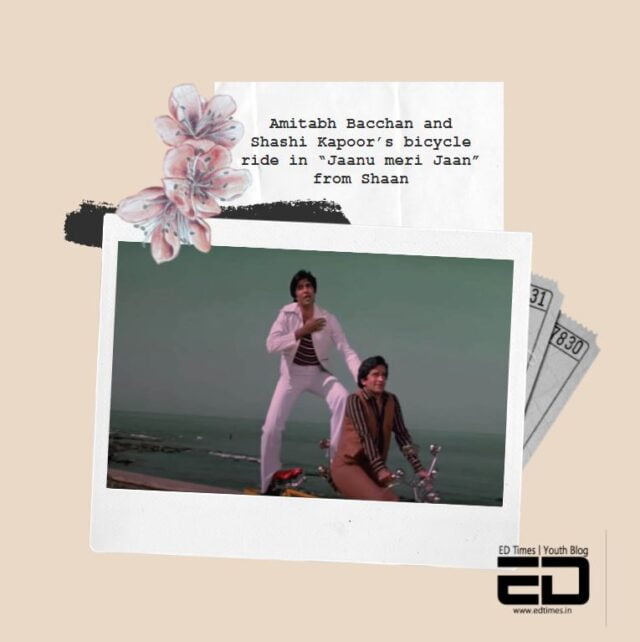 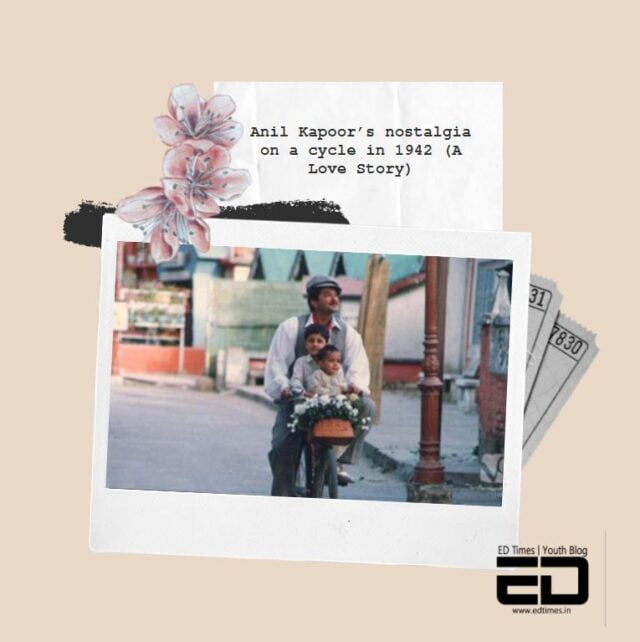 7. Salman Khan And His Concorde Bicycle In “Maine Pyaar Kiya” 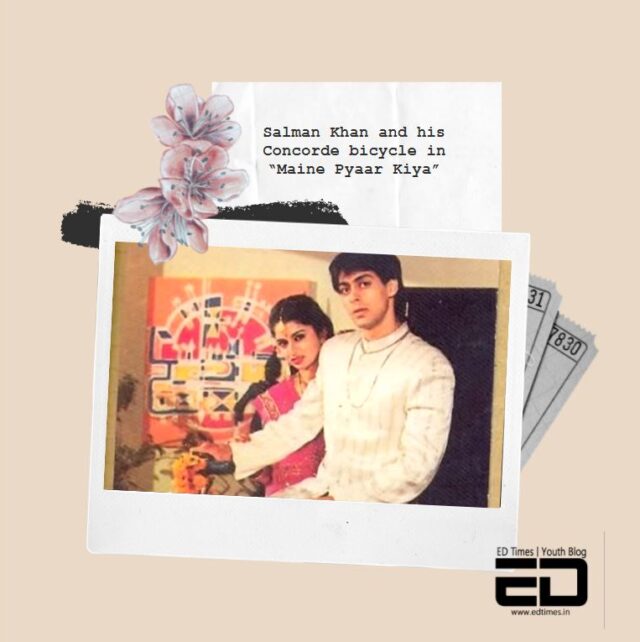