The #MeToo movement in India is not showing any signs of slowing down and instead each day new allegations and stories against some of the biggest or most popular names are coming up.

Now in light of this movement, Bollywood actress Chitrangada Singh, has brought back her haunting experience with the director of the 2017 movie, Kushan Nandy.

Apparently, in 2016, Chitrangada was cast as the lead opposite Nawazzuddin Siddiqui in the movie Babumoshai Bandookbaaz, but left it mid-way due to allegedly indecent demands by Nandy when the 2 main actors were shooting for an intimate scene.

According to Chitrangada the way she was being told to go about the scene was unnecessarily intimate and were not in line with her character.

As reported by India Today, Singh said that she had to wear an unbuttoned blouse and in just a petticoat was told to lie down on Siddiqui with her legs spread apart.

As quoted by India Today, Singh said that, “When I shot for the film (Babumoshai Bandookbaaz), suddenly they came up with a titillating scene and asked me to do it with Nawazuddin. The director just ordered ‘apna petticoat uthao aur ragdo aapne aap ko’! Who talks like this? He was just atrocious. I was offended, and I walked out.”

Eventually, Bidita Bag was brought in as a replacement, but more than anything it was perhaps Nawazuddin’s silence that is strange here. 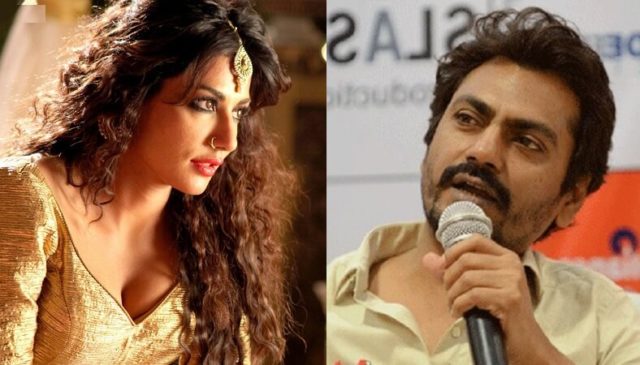 Apparently, at the time of the incident, as per Chitrangada, Nawazuddin remained silent on the whole matter.

She stated how even though there were so many people around like a female producer, Director of Photography and Nawazuddin, nobody really stood up for her.

She also stated that, “And to top it all, during the film’s first press conference, they very blatantly said ‘we are glad she left as we got a better replacement’. During one of the film promotional events Nawaz went on and made a statement that ‘humne toh doh baari mazze kar liye’ (We got to enjoy twice).”

The latter line uttered by Nawazuddin is truly alarming since every second person in the country worships him as the saviour of Bollywood industry.

Although it had been reported at that time, it was also brushed aside quickly, with the director Nandy and Nawaz both claiming that Chitrangda left due to creative differences and changes she wanted to make in the script.

This is not the first time, such problematic behaviour of Nawazuddin has come out in the media.

Read More: Delhi University’s Debating Circuit and MUN Circuit Are Having Their Own #MeToo Movement

Domestic Violence Is A Joke

Last year around May, a leaked video came out of an advertisement of Kenwood brand’s washing machine starring Siddiqui.

Although the ad was never officially released, this leaked footage was put on social media in Pakistan by a Facebook group called “Whatsapp Videos”.

The ad shows a group of friends sitting together when one of them inquires about Nawaz’s wife, and then he goes into how he is a man who can stand his ground.

In the ad, he said that, “Bhai se attitude bardash nahi hoti” (Bhai cannot tolerate attitude), and then stated how he silenced his wife when  “She was getting loud.”

Then when “She misbehaved again,” he said that, “Mera haath utt gaya, uski dhulayi ki.”

The ‘dhulayi’ otherwise a Hindi word that means washing, here means to beat up his wife.

All this while his friends look at him in awe waiting to hear how he controlled his wife, but when he said he raised his hand on her, there were some weak protests from them to not do so.

The entire ad makes light of domestic violence and makes it out to be this ad’s tagline completely normalising a husband hitting his wife just because she was loud!

The fact that Nawazuddin was a part of this ad in the first place and found nothing wrong by saying these lines is alarming. 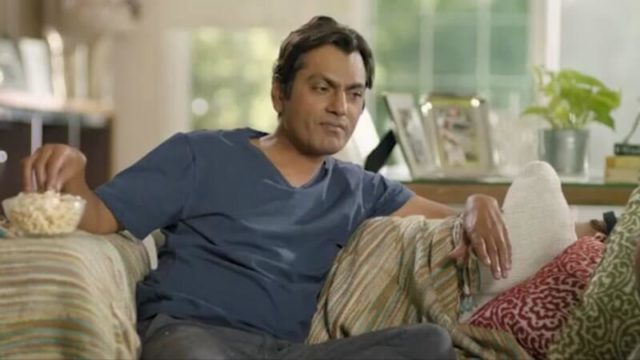 Making Up Stories To Publicise His Book

Last year, around October, Nawazuddin, released a memoir, called An Ordinary Life, where he talked about his life, struggles, relationships and more.

But both of the 2 people he mentioned in his book, actor Niharika Singh who starred with him in the movie ‘Miss Lovely’ and a theatre artist called Sunita Rajwal, came out to speak how the book distorted the reality and was not entirely fact based.

For Niharika Singh, Nawaz in his book wrote,

“For the very first time I went to Niharika’s house. I rang the doorbell, slightly nervous. When she opened the door, revealing a glimpse of the house, I was speechless with amazement. A hundred, or so it seemed, little candles flickered beautifully. She wore soft faux fur, looking devastatingly gorgeous, her beauty illuminated even more in the candlelight. And I, being the lusty village bumpkin that I am, scooped her up in my arms and headed straight for the bedroom. We made passionate love. And just like that, out of the blue, I began a relationship with Niharika Singh, a relationship which I did not know then would last for almost one-and-a-half years.”

To this Niharika promptly replied that it was extremely insulting that Nawaz would make her out to be this seductress and over-exaggerating their physical relationship. She laid the facts out in this statement and said that,

“Nawaz and I had a brief relationship during the making of Miss Lovely that lasted less than a few months. So today when he paints me as a woman in fur enticing him into her bedroom with candles, or desperately calling him and mailing other women on his behalf, I can only laugh. He obviously wants to sell his book and it would appear that he is willing to exploit and disrespect a woman just to do so. He has chosen to fabricate stories and manipulate a fleeting relationship. None of what he has written has been with my knowledge, let alone my consent. It is this very aspect of Nawaz that caused me to end my relationship with him in the first place. I have always maintained that he’s a brilliant actor. However, I had hoped these acting skills would remain confined only to the screen. Still, I wish him well.”

Sunita on the other hand, was upset that he used their relationship for his own gain and made her out to be some gold-digger type of woman who left him because he was poor and was instead looking for some rich guy.

In her post, Sunita stated that everything in Nawaz’s book was a lie since their relationship was actually quite short and clarified how Nawaz was not as poor as he has always made himself out to be.

She said that, “The truth is, at the time of our relationship, his family’s background was better than mine. It’s scary to see a successful man like him be so insecure.”

Sunita also revealed that she never made any ‘art work’ on his walls and that “Nawaz believes that I left him because he was poor and a struggler. Then what was I, Nawaz? You were at least living in your home, I was living at a friend’s house…I stopped taking your calls because just the idea of you would disgust me…I left you because you would make fun of our relationship and share intimate details about it with common friends.Then I realised what you really thought about women and love.”

She further stated that, “You say I was your first love. Like the first spell of shower in a drought. If this was really your first love, I pray to God that no one has such an experience with first love…I didn’t leave you because you were poor but because your thoughts were…you never knew how to respect women and still don’t.”

Nawazuddin Siddiqui might be a brilliant actor, but that should not really let him escape from such problematic things that he does. When literally the entire industry is being held accountable, it is high time that Nawazuddin also changes his mindset, especially towards women.