How to Get Away with Murder: Fall TV’s Finest Debut How to Get Away with Murder is one of the most talked about debuts of last year’s fall TV which had viewers not only impressed with its fresh new spin on the legal drama genre but further confounded with its tease and tricks. Produced by Shonda Rhimes with acclaimed actress and Academy Award nominee, Viola Davis, in the lead, HTGAWM has five law students at the fictional Middleton University of Philadelphia being selected by their professor, Annalise Keating, a high-profile defense attorney, to work for her, a coveted opportunity considered to guarantee a career in criminal law. Academic rivals Wes Gibbins, Connor Walsh, Michaela Pratt, Asher Millstone and Laurel Castillo assist in the defense of Keating’s clients, each determined to prove his or her merit but soon become entangled in the highly publicized murder case of a university student, Lila Stangard. Viola Davis’ two-fold act as not only the stern and overbearing law professor and defense attorney in university classrooms and courthouses respectively, but also a woman sustaining psychological ravage and the struggles of a difficult marriage, is daring and intense. Devoid of scruples and emotional devices, she is fierce and unrelenting in defending her clients and maintains a perfect score having never once lost a case in her entire career. Formidable to her students, she declares entering the classroom on the first day of the semester – “I don’t know what terrible things you’ve done in your life up to this point, but clearly your karma’s out of balance to get assigned to my class. I’m Professor Annalise Keating and this is Criminal Law 100.” While Keating upholds this image in the professional sphere, it is Davis’ capacity and range of performance that her character comes undone in the personal domain. The coverings of lies and deception flay with each nervous breakdown, act of infidelity and bottle of vodka, to reveal a woman on the brink at once relatable and deplorable. A precarious role to pull off. How to Get Away with Murder is divided into two narratives:

1) the present discourse which follows Keating and her students preparing the defense of different clients in each episode, and

2) the flash-forward clips distributed within each episode revealing in bits and pieces the events and immediate aftermath of an accidental manslaughter involving Wes, Michaela, Connor and Laurel.

This narrative structure is mostly credited for elevating the thrill and anticipation as the viewer’s knowledge of the truth falls just short of enough at the conclusion of each episode. The show with its mischievous cunning and plotting delivers ample plot twists and shocking revelations as it traverses an Agatha Christie-like pursuit of the classic case of whodunit. Besides serving pretty much every requirement of its genre, the legal thriller transcends to the category of dark comedy comfortably hinging on the chaotic and paranoid owed to interesting and diverse characters pitted against devastating conditions. In one of the flashbacks, Wes, Michaela, Connor and Laurel are aghast at the turn of events and decide to stop by the bonfire for the football team as an alibi. Connor, laughing hysterically pulls a distraught and almost incapacitated Michaela in tightly for a selfie telling her through gritted teeth – “Smile, or go to jail!” In another instance, Asher’s lack of knowledge about the involvement of his classmates in a murder is used for ironic effect as the police searches Keating’s house as a potential crime scene. Laurel is relieved when the investigation comes up with no evidence of a homicide to which Asher responds, “What did you think they’d find? A bloody knife Annalise hid under her mattress? Our boss would be a better killer than that, yo.” With a knack for astounding audiences, HTGAWM is an all-possessing, frenzied narrative of murder and mystery with its consensus on Rotten Tomatoes reading, “How to Get Away with Murder isn’t conceptually original, but it delivers thrills with melodramatic twists and a captivating lead.” The show is as much bullet points for how to really get away with murder as Breaking Bad is a tutorial for cooking meth, cleverly passing the preposterous for plausible. Renewed for its sophomore season, tune in as the unlikely pack led by the charismatic Keating pursue fortune, and occasionally justice, all the while dealing with ethical dilemmas, personal damages and semi-successful body disposal. 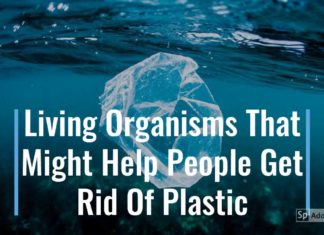