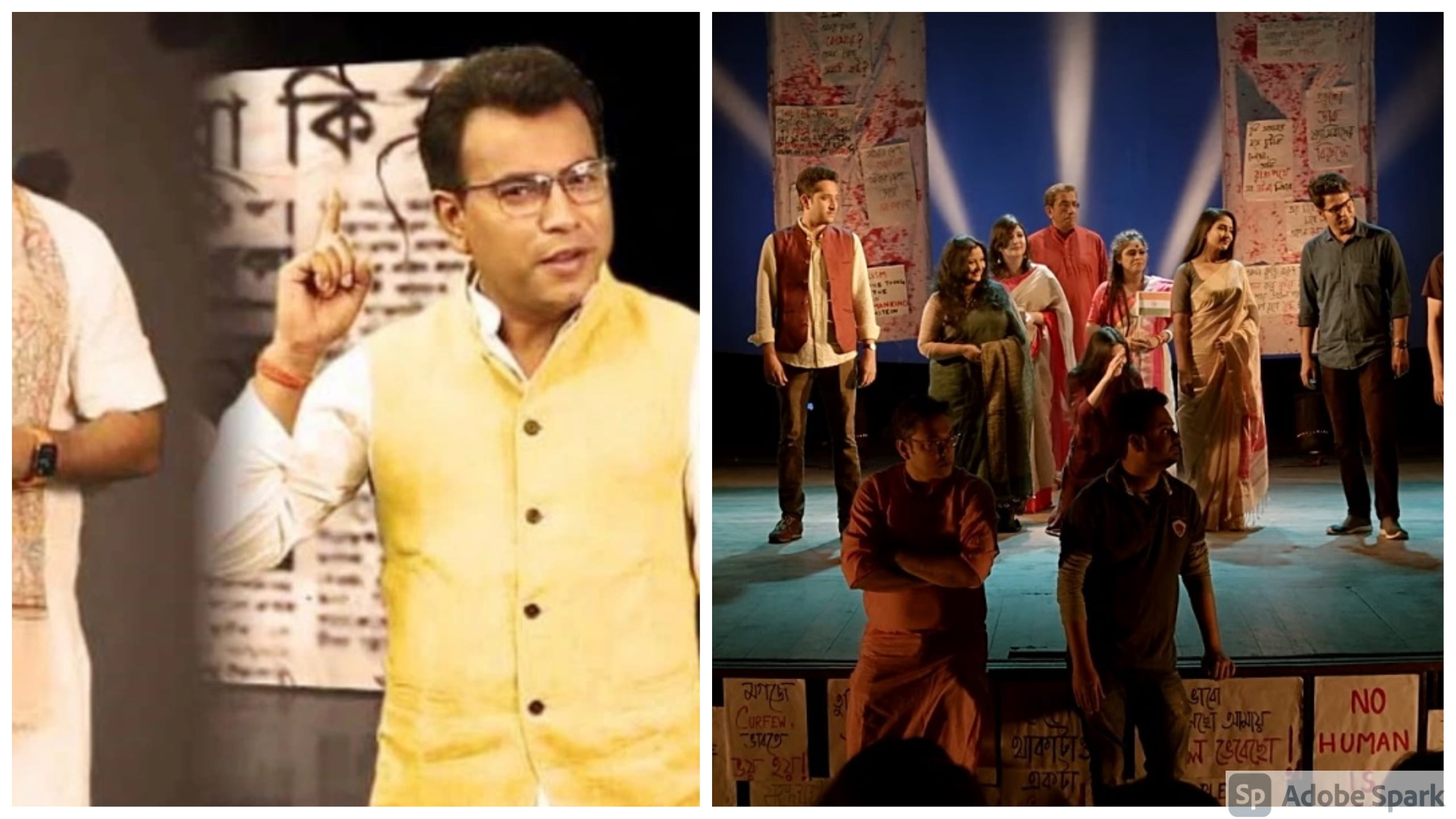 While the entire world gathered around to listen to Taylor Swift’s vaulted away song, “We Were Happy,” Indians, especially the ones in Bengal, were seen headbanging away to BJP’s new propaganda banger, Didi Tumi Amader Bhalobashona (Didi, You Don’t Love Us).

It has been debated upon, day in and day out, that there exists no television show or movie that can inscribe itself as being more entertaining than the chasms of Indian politics.

From raging speeches stating the most obvious of facts to the most invasive ways to furnish gold, Indian politics has it all. Sprinkle a pinch of murder and deceit into the mix and you shall get the ultimate recipe required to form a regular election in India.

However, this article is meant to shed light on what has been perceived as a poor man’s (politician’s) form of Indian Idol.

This ludicrous display of political showmanship is not the first time where Indian political parties decided to take to the studio to get their point across.

The 2019 General Elections saw both Indian National Congress and Bharatiya Janata Party go nail and tooth against each other with each release of a generally misguided unoriginal song.

With excessive stress on using music for the Bengal elections this time around, however, it is anyone’s guess as to how the future of Indian politics may turn out.

What Is So Special About BJP’s Shot At Popular Bengali Music?

In the very dying moments of March when politicians went on campaigns to each nook and cranny of West Bengal, a group of artists from the Bengali film industry united to declare their opposition to the BJP candidacy.

Highlighting the party’s incessant bias against particular sections of the Indian society, while uplifting another socio-economic section of the society, the artists united not for the cause of a political party but their immediate society.

Accordingly, to go with their apolitical stand, these artists formed their own faction called Citizen United, urging the common man to vote for anyone but the saffrons.

This music video and pertaining conglomeration of artists brought about the BJP’s instincts to draw inspiration from the same.

Pushing towards a louder and more in your face version of the initial anti-BJP song, the saffron party created a song that would send Jesus back to his death bed on his Resurrection day.

Using lines and events targeted towards Mamata Banerjee, the former being ‘borrowed’ from the initial song made by the artists from Tollywood. I do realize that I used the term borrowed because to be fair, you cannot call it stealing when politicians do it.

“You call the Puranas history, and you call history old”

This is a line from the artists’ song of defiance. On a particularly similar note, the BJP came up with a lyric that was sprinkled over the song with the gloomy, disagreeing face of Rudranil.

Also Read: BJP And TMC Go Nail And Tooth Against Each Other Even In Terms Of Televised Party ‘Propaganda’

The lyric that made Rudranil hang his head in shame, or maybe it was the entire song. What does stand as true is the minimum amount of effort that went behind making the music video and the song, itself. No wonder neither Babul Supriyo nor Rudranil are lyricists, in the loosest of senses.

Their primordial aim was to aim at Mamata with the same iron sights with which the artists aimed at the BJP, however, where they faltered was the inclusion of lyrics that made sense, and also, not call the Citizenship Amendment Act a right.

Now, to answer the question as to what is special about the song, one would have to let go of their hearing capabilities and tone differentiation abilities.

The speciality of the song is not its lazy lyrics or its off-tuned beats sprinkled with some awkward acting, but it is the fact of how both Babul Supriyo and Rudranil hailed their creation as a game-changer in Indian politics.

Suffice to say, it neither is a game-changer nor is it a good song. Honestly, I can’t even commend the song for having tried something new because it has been done before. And it was better.

How Did The TMC Respond To The Attack By Babul And Rudranil?

The music video made by Rudranil and Babul could be described as anything but tasteful, because it wasn’t, and it never tried to be. Using events and mentioning events that have been pasted into the broken and tattered heart of Bengal only makes the attack feel uncalled for.

Apart from it being uncalled for, it was also hateful and insensitive to the person(s) who suffered such expounding loss, and the last thing one could do is reduce them as a tool for political propaganda.

A barrage of false narrative events and videos were picturized, as well, which brought the TMC to the complainant’s table. The most significant example of it being the use of a riot that took place in Bangladesh, rather than Bengal.

This development has led to the TMC approaching the Election Commission to produce a notice against Babul and Rudranil, calling them out for using libel as their weapon of choice.

However, what stands as fact, is the strange yet curious nature in which the succeeding electoral practices are heading towards.

Back in the day, propaganda was limited to congratulatory statements and a few slides on a news programme. These days, libel has become the primordial instrument of propaganda.

And, as much as the naysayers say, this is the brand of politics we are living under. Embrace or be forgotten, as they say.

The Hindu Card: Why Mamata Banerjee Revealed Her Gotra During This Election Campaign