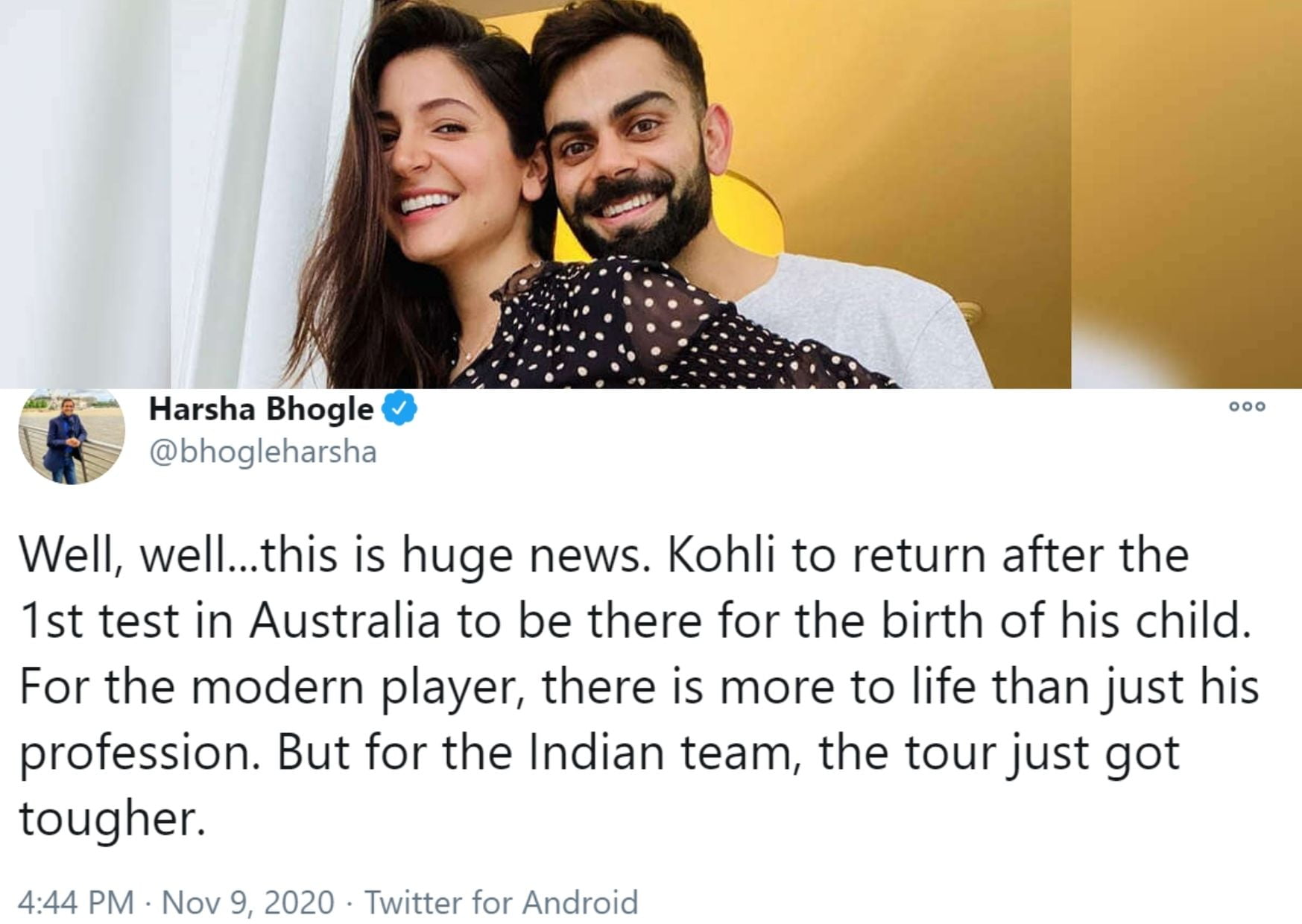 Following one and a half months of great action, today is the much-awaited big final in IPL 2020. Mumbai Indians and Delhi Capitals are set to go against each other on 10th November at the Dubai International Cricket Stadium.

Post this, Team India is set to tour Australia for the Border-Gavaskar Trophy. In the series, India will play 3 ODIs, 3 T20Is, 4 Test matches and 2 training matches during the tour which will span for over a month and a half starting from 27th November 2020.

But on Monday, The Board of Control for Cricket in India (BCCI) stated that the board has granted ‘paternity leave’ to the captain of team India, Virat Kohli.

Kohli will return back to India after the first Test match against Australia in Adelaide to be with his actress-wife Anushka Sharma for the birth of his first child.

In August of this year, Virat and Anushka announced their happy news on Instagram.

The BCCI’s press release stated that “The All-India Senior Selection Committee met on Sunday to pick certain replacements after receiving injury reports and updates from the BCCI Medical Team. At the selection committee meeting held on October 26th, 2020, Mr. Virat Kohli had informed the BCCI about his plans to return to India after the first Test in Adelaide. The BCCI has granted paternity leave to the Indian captain. He will return after the first Test against Australia in Adelaide.”

This news was a sudden surprise to all cricket fans. While some fans supported captain Kohli’s decision for giving precedence to his family during very personal progress in his life, some condemned this decision.

Many fans online criticised the cricketer for prioritising his family over ‘national duty’. Back in 2015, Mahendra Singh Dhoni missed the birth of his daughter, Ziva, while leading India in a World Cup in Australia.

On missing his daughter’s birth, Dhoni reasoned by saying, “As of now I am on national duties so I think everything else can wait. The World Cup is a very important campaign.“

Read More: Will Indian Men Really Do Their Domestic Duties If Given The Much In Question Paternity Leave? 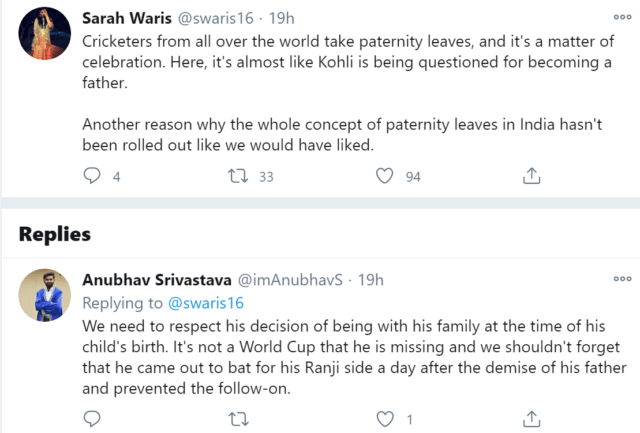 Commentator Harsha Bhogle on Twitter praised Kohli, while also saying that the tour will get harder in captain’s absence. 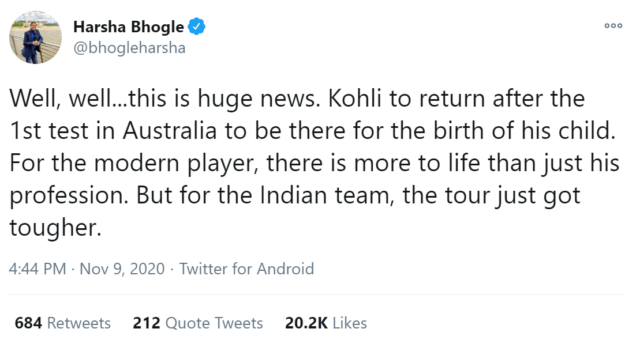 Cricket Australia’s interim CEO, Nick Hockley, supported Virat Kohli’s paternity leave decision and said that the board internally predicted this to happen and the cricketer’s unavailability during the 2021 Australia series was possible.

Hockley told the Australian radio station SEN that, “I think when the pregnancy was announced it was always on the cards and we have to respect the fact he wants to be there for the birth of his first child.”

Virat Kohli who is also the captain of the IPL team, Royal Challengers Banglore, was recently targetted for being eliminated from IPL 2020 by losing against Sunrisers Hyderabad due to poor batting performance.

For Every Run Scored By Rajasthan Royals, 9 Girls Will Be Provided Menstrual Hygiene