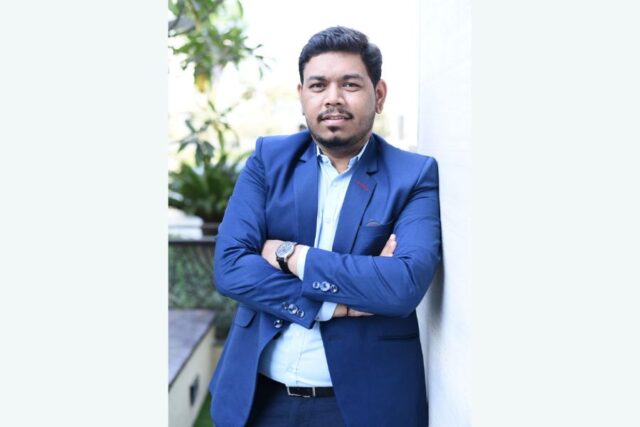 October 3: The historical year 2020 changed the cyber landscape of the entire world. As all types of businesses – big or small went online, the situation further amplified cybercrime incidents. In the same year, India itself saw a significant jump in reported cyber crimes.

Cybercrime, which includes everything from identity theft, stealing of records, impersonation, UPI frauds, unauthorized network access, spreading of malware, viruses, worms, and ransomware, cyber terrorism, to data hacking and destruction and phishing, nearly every industry and individual is now a vulnerable target of the next cyber-crime that’s about to happen.

“Cybercrime is an incident of opportunity. If you are using a connected device, you could be its next victim. While reporting a cybercrime incident remains to be one of the ways to rein in the criminals, the incidents can be reduced by bringing awareness and embracing preventive measures to keep one safe and secure when going online.” says Falgun Rathod, one of India’s top cyber security experts.

As more and more industries become the target of cybercriminals, it is important for them to remain vigilant and introduce a cyber-security plan with usage policies and compliances at every point. Some of the few industries most affected by cyber attackers are:

Out of the 4 lakh complaints lodged on the Ministry of Home Affairs National Cybercrime Reporting Portal, half were related to financial frauds. If there is anyone in the industry that has both personal data and money, then it is the BFSI. It’s no secret that banks and financial institutions are cyber criminals’ favourite targets. After all, it gives them access to tons of data and money, which is their ultimate quest. With more and more customers opting for online banking and literally carrying access to their bank accounts in their hands (mobile phones), makes banks are easy targets for hackers.

Frauds related to banking using communication devices rose by more than 65% post-pandemic. As per the latest NCRB data, there has been an alarming rise in online financial fraud in 2020. As per the reports tracked by Indian Computer Emergency Response Team (CERT-In), over 2.9 lakh cyber security incidents related to digital banking were reported in 2020 itself. These incidents included network scanning and probing, phishing attacks, viruses and website hacking.

“And that’s the year which saw the advent of digital transformation in every sector. Hence, the risks and threats have only multiplied since then. Money and theft go hand in hand; hence, the banking industry must treat cyber security as an integral part of their operations.” Says Rathod.

One of the biggest drawbacks of the manufacturing industry is they aren’t cyber security compliant, which makes them an easy target for hackers. As the industry itself doesn’t identify itself as a target, they aren’t aware that the hackers are behind the data and theft of intellectual such as blueprints, plans, schematics, etc. on their end. Cybercrime incidents in manufacturing include data loss, loss of unique manufacturing processes, disruptions of operations, and failure of systems. This may eventually lead to loss of money, valuable customers, long-term credibility and heavy lawsuits. Thus, it is now more than ever necessary that this industry aligns its operations with the latest cyber security compliances and introduce usage policies to remain safe and secure.

Cybercrime increased by 500 per cent post COVID19, and in the list of cyber criminals’ favourites, at par with the financial industry, is the government sector. This includes the telecom, transport, and energy sector.

Government sectors have to realize that cybercriminals are always one step ahead of their security strategy. With their intelligence and highly organized execution, they are waiting for one weak link in the network to enter the pool of government data.

Keeping Ayurveda alive, Sona Healthcare is a one-stop solution to all...